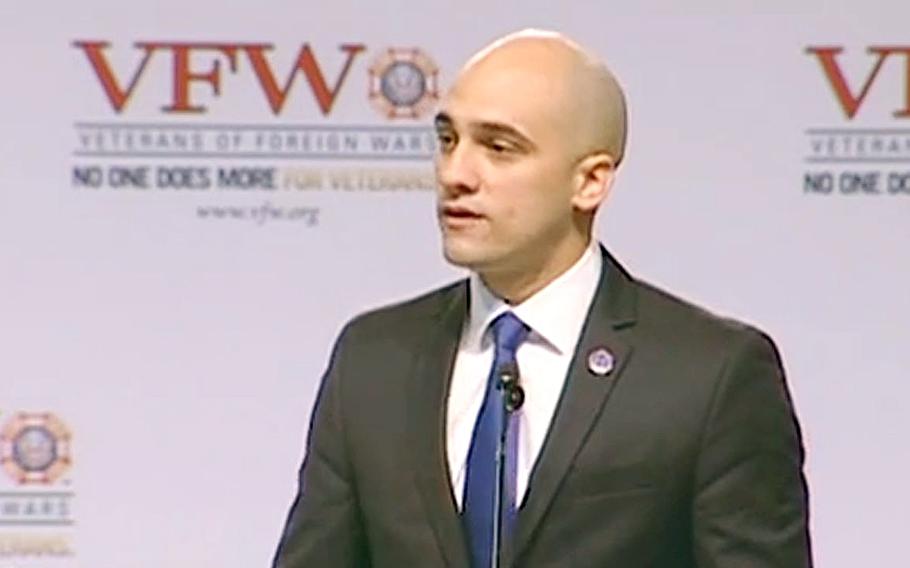 WASHINGTON — The former head of Student Veterans of America has been hired as a key military adviser for a key for-profit university lobbying group, in charge of efforts to develop veteran-friendly initiatives.

Mike Dakduk, who served as SVA’s executive director for three years, said he took the chance to work with the Association of Private Sector Colleges and Universities because the group’s members “play a critical role in the transition of servicemembers into postsecondary education, and ultimately into meaningful careers.”

In a statement, APSCU President Steve Gunderson said Dakduk’s hiring “builds on our member institutions’ commitment to excellence in postsecondary education for military and veteran students.”

It’s also another big step forward for the industry in mending its image as a victimizer of veterans. Three years ago, for-profit colleges were the frequent target — school officials would say unfairly — of veterans groups and lawmakers for questionable recruiting practices and low graduations rates.

But in recent years, the colleges and groups like APSCU have aggressively pushed back against that portrayal, saying their flexible schedules and online courses provide a much-needed alternative to traditional four-year colleges.

Officials have worked closely with groups like SVA, the Veterans of Foreign Wars and the American Legion to develop best practices for their members, introducing a 17-page set of veteran-friendly guidelines this spring.

APSCU leaders said Dakduk — a Marine veteran — will build on that work in his new role, working with schools to create veteran support programs and with lawmakers to advise on potential legislation affecting the industry.

During his time leading SVA, Dakduk and his staff helped build the organization from a minor veteran’s advocacy group to a major voice in a host of education issues.

It has grown rapidly since it’s founding in 2008, boasting more than 900 school chapters nationwide. The group has also enjoyed strong support from top Veterans Affairs officials, including a keynote address from VA Secretary Eric Shinseki at their annual convention in January.

During his tenure at SVA, Dakduk often opted not to take a hard line against the for-profit industry, instead insisting the problems of providing substandard education options to veterans were pervasive throughout higher education. Singling out one group for attacks, he argued, worked against veterans’ interests.

“I found in my previous career that it is too easy to be a critic,” he said, when asked about the new role. “Anybody can talk about problems. What I am focused on doing is rolling up my sleeves and working with people on the front lines of education to address challenges our servicemembers and veterans may face.”

In August, officials from Iraq and Afghanistan Veterans of America announced a partnership with the Veterans’ Student Loan Relief Fund to help student veterans repay loans from for-profit schools “whose programs often proved to be worthless.”

“Using high-pressure sales tactics and false promises, these institutions lure veterans into enrolling into expensive programs, drain their Post-9/11 GI Bill education benefits, and sign up for tens of thousands of dollars in loans,” IAVA officials said in a release.

“The for-profits take in the money but leave the students with a substandard education, heavy student loan debt, non-transferable credits, worthless degrees or no degrees at all.”

Dakduk said his new job “involves learning on my part, as well as hands-on experience working with institutions in the field.”