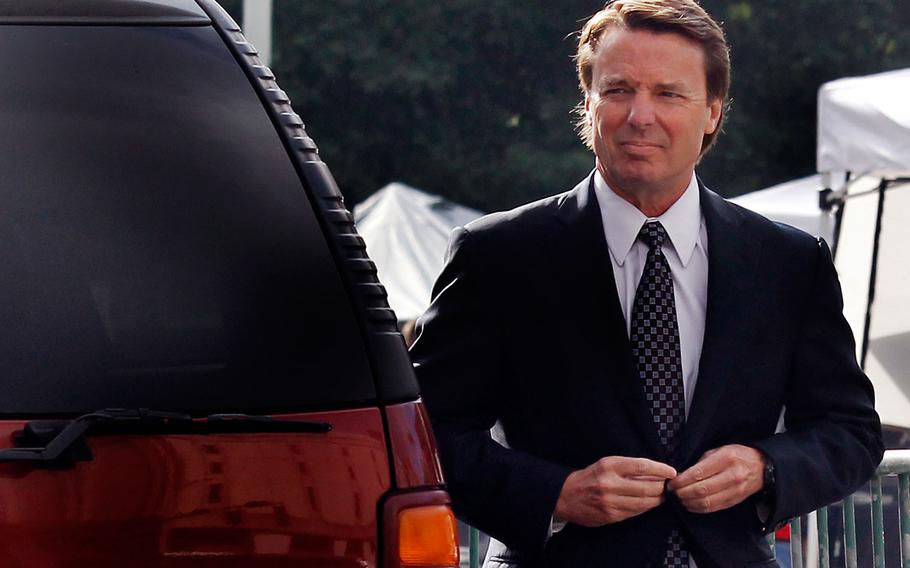 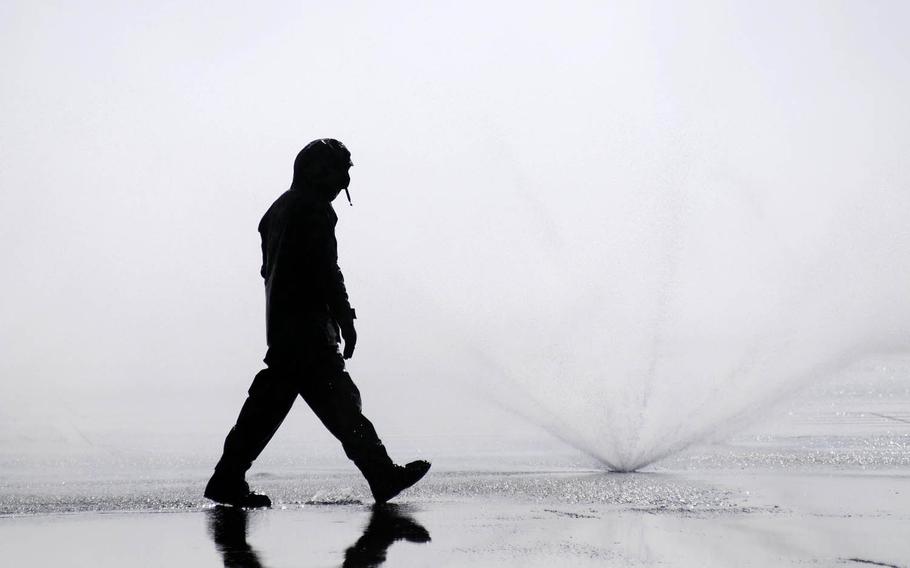 A sailor checks sprinklers on the flight deck of the aircraft carrier USS Ronald Reagan during Operation Tomodachi in 2011. Sailors scrubbed the external surfaces on the flight deck and island superstructure to remove potential radiation contamination. (Kevin Gray/U.S. Navy)

Former Sen. John Edwards has pledged to support hundreds of U.S. sailors, Marines and airmen who say they were sickened by radioactive fallout from the 2011 disaster at the Fukushima Dai-ichi nuclear power plant.

U.S. forces participated in relief efforts after a 9.0-magnitude earthquake triggered a tsunami that battered swaths of northeastern Japan, including the plant.

Edwards — the 2004 Democratic nominee for vice president who ran for president that year and in 2008 — has offered his “legal and personal assistance” to the plaintiffs after hearing about their lawsuit against the Tokyo Electric Power Co., which operates the plant, according to a statement from the plaintiffs’ attorneys.

The lawsuit against TEPCO and several other co-defendants, including General Electric, EBASCO, Toshiba Corp. and Hitachi, is scheduled to proceed to trial pending appeals. Oral arguments in the appeals case are due to begin Thursday in the 9th Circuit Federal Court in Pasadena, Calif. The plaintiffs’ lawyers don’t expect a ruling before November.

The plaintiffs maintain that TEPCO lied about the risk of radiation exposure, luring American forces closer to the affected areas and lulling others at bases across Japan into disregarding safety measures. The other defendants are accused of making faulty parts for reactors that contributed to Fukushima’s meltdown in March 2011.

The plaintiffs allege they have developed cancers, ulcers, uterine bleeding and thyroid issues as a result of radiation exposure. The U.S. government has said the radiation levels servicemembers encountered were too low to cause any maladies.

Edwards is now a partner at Edwards Kirby, a Raleigh law firm specializing in personal injury, economic justice and property rights. He could not be immediately be reached for comment.

News of Edwards’ support comes just months after another ex-politician, former Japanese Prime Minister Junichiro Koizumi, pledged his support after meeting with several of the plaintiffs during a visit to the United States.

In July, he called on his countrymen to donate to a fund for the plaintiffs, saying “it is not the kind of issue we can dismiss with just sympathy,” according to the Asahi Shimbun.