Former sailor kickboxing his way to the top 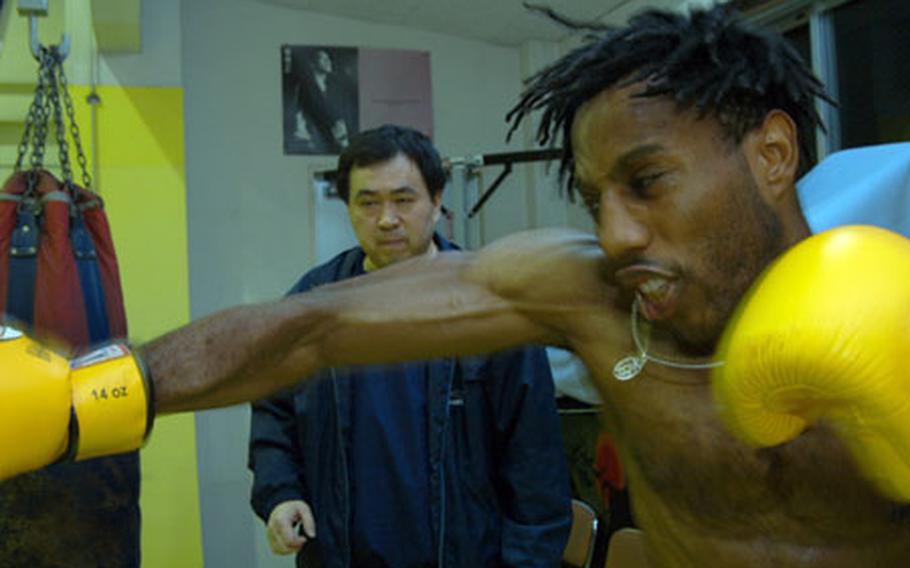 YOKOSUKA NAVAL BASE, Japan &#8212; Kevin Parker laughs when he gets smashed in the nose. A kick to the gut and he winks. He shimmies his shoulders, stops to pose for pictures and occasionally gets an elbow in the face for his trouble.

Parker isn&#8217;t intimidated, he said, even though it will be his first three-round fight.

Parker, 24, began martial arts with a bone to pick with a bully in his Alabama hometown. The bully went down with a dragon punch Parker learned from a library book, he said.

Parker&#8217;s Muay Thai fighting and kickboxing &#8212; a brutal form of martial arts employing hands, shins, elbows and knees &#8212; started in Japan after he arrived as a sailor on the Kitty Hawk.

Parker turned pro after he got out of the Navy in 2005. He&#8217;s had seven fights so far: six in Japan, one in Thailand. He was fast-tracked for his entertainment value, Parker said.

At first, his popularity won him fights he wasn&#8217;t ready for, Parker said. But his record is 6-1, and he feels stronger and more well-rounded, he said.

But becoming a fighter in Asia is no cakewalk, Parker said. Besides fighting against people who have been training since birth, Parker had racism to contend with on two fronts: He&#8217;s American and he&#8217;s black. It took time for people to accept him, he said.

Parker trains six days a week, twice a day. His job at the commissary gives him the flexibility he needs to travel around Japan and Thailand for fights and training, he said. But even though he&#8217;s surrounded by food at work, he can&#8217;t eat any of it during fight week.