Former President Bush talks to the troops at Yongsan Garrison 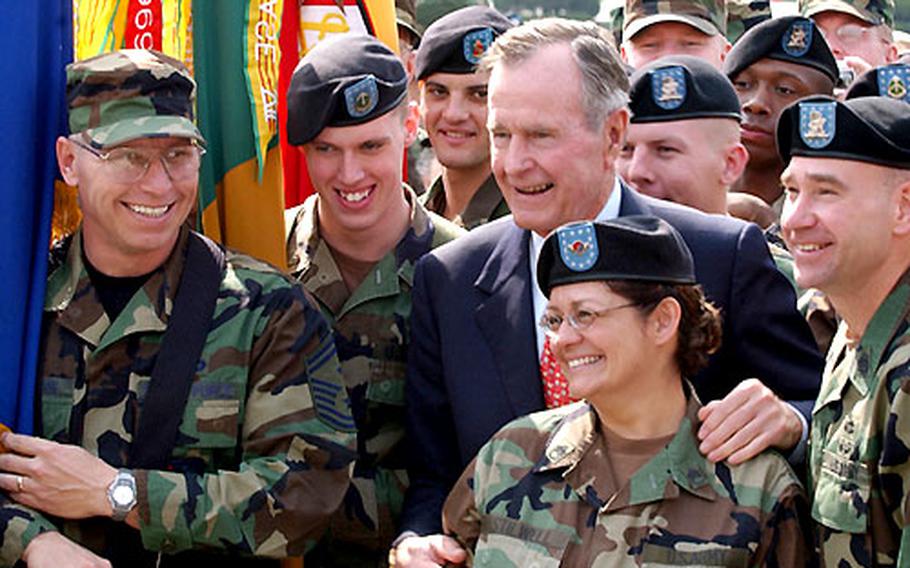 SEOUL &#8212; Former President George Bush told U.S. troops in South Korea on Tuesday that the thing he misses most about being president is dealing with the military.

The elder Bush, the 41st U.S. president, spoke to U.S. servicemembers at Seoul&#8217;s Yongsan Garrison, headquarters of U.S. Forces Korea, according to an 8th U.S. Army news release. Bush arrived in South Korea on Monday at the invitation of South Korean business leaders and will meet with South Korean President Roh Moo-hyun.

He told the troops President George W. Bush supports them and recognizes their importance.

Bush also underscored the importance of family and faith.

&#8220;President Bush&#8217;s leadership proved critical to the resolution of some of the most daunting conflicts of our time,&#8221; LaPorte said. &#8220;After 40 years of superpower stalemate, historic events became almost commonplace: the fall of the Berlin Wall, the reunification of Germany, the end of the Cold War, the flourishing of democracy in Eastern Europe, and, of course, there is Desert Storm.&#8221;