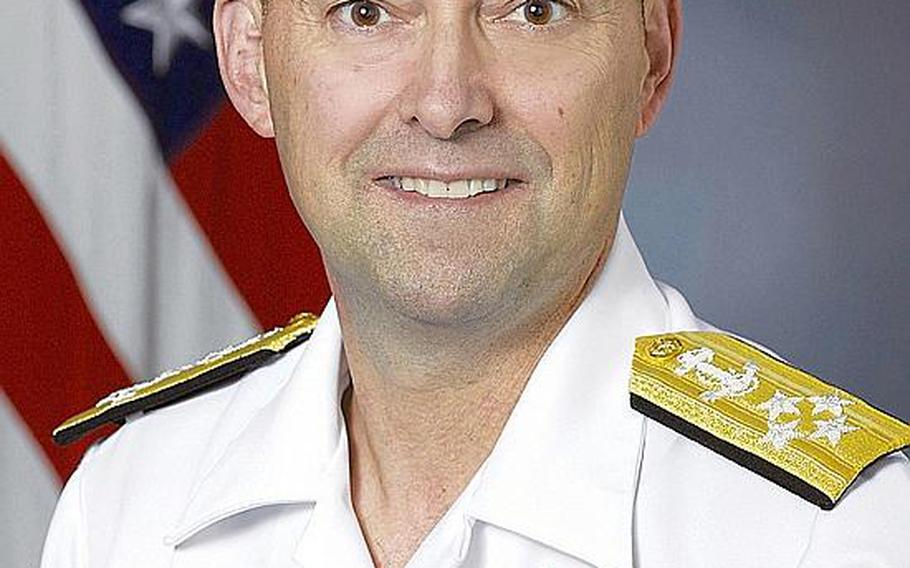 NATO’s former top military commander has warned that the widening sectarian conflict in Syria and Iraq could engulf a broader region in the Middle East, just as the religious wars in Europe did in the 16th and 17th centuries.

James Stavridis, who served as the alliance’s supreme commander until last year, said that although Syria and Iraq are the flashpoints of the conflict at the moment, Lebanon and other nearby nations could easily be sucked into a war. He said the conflicts present a direct security threat to Europe as well.

“I worry deeply about the potential for this Sunni-Shia conflict to widen into a truly regional war,” Stavridis said.

Analysts and diplomats in the region have warned that the civil war in Syria and the escalating intercommunal violence in neighboring Iraq are becoming a regional conflagration spanning the 363-mile desert border between the two nations. Both conflicts pit Shiite-led government forces against mainly Sunni Muslim insurgent groups.

“If we look back on the wars of the reformation in Europe, which pit Catholic versus Protestant, we can see how this kind of inter-religious conflict can consume an entire region,” Stavridis said referring to the series of armed conflicts that devastated much of central and western Europe and killed millions.

Stavridis’ warning comes as the Islamic State in Iraq and the Levant (ISIL), a powerful al-Qaida-affiliated group and the main jihadist force operating on both sides of the porous frontier, is battling to unite Sunni populations in eastern Syria and western Iraq. The militants already control swathes of territory, advancing their aim to establish an Islamic Emirate, which would unite the desert region.

ISIL has become the main source of terrorism inside both nations.

In Iraq, at least 8,868 Iraqis were killed in a series of attacks and suicide bombings last year, according to government statistics, making 2013 the bloodiest year since the withdrawal of U.S. forces. Syria is being torn apart in a three-way war between rival opposition groups and the Shiite-dominated army of President Bashar Assad that has claimed 130,000 lives and generated nearly 2.3 million refugees, according to U.N. statistics.

Currently, the focus of the fighting in Syria is between ISIL and more moderate, Western-backed Sunni rivals. This has claimed about 700 lives since the beginning of the year, mostly around the northern city of Aleppo, according to the London-based Syrian Observatory for Human Rights. In December, the United States suspended its official aid shipments to the Western-backed Free Syrian Army, after some U.S. aid was seized by a collection of al-Qaida-linked militias.

Across the border in Iraq’s Anbar province, ISIL rallied the support of local Sunni tribesmen angry with the Shiite-led government of Prime Minister Nouri al-Maliki and seized control of the cities of Fallujah and Ramadi.

The Associated Press reported on Monday that Iraqi government forces and allied tribal militias had launched an offensive to push al-Qaida militants from parts of Ramadi. But the center of Fallujah — where nearly 100 U.S. Marines were killed and hundreds wounded in a battle 10 years ago — remains in jihadist hands.

In Syria, the civil war has already caused an unprecedented sectarian split among Middle Eastern nations, with Sunni Muslim states such as Saudi Arabia and the Gulf states backing the rebels, and aligned against Shiite Iran and its allies in Iraq and Lebanon, who support Assad’s regime.

Diplomatic efforts to solve the Syrian crisis are now focused on a peace conference in Montreux, Switzerland, scheduled to start Tuesday and co-hosted by Russia and the United States. Assad’s government, whose forces have scored a number of tactical victories in recent months, has said it will attend the so-called Geneva II talks. But on Monday, Syria’s Western-backed National Coalition threatened to boycott the forthcoming talks, after the United Nations invited Iran to take part.

Stavridis said the hostilities had the potential to quickly spread to neighboring nations and then further afield.

“It can and will create ungoverned zones of open conflict within easy range of NATO nations in Europe and friends in the region, from Saudi Arabia to the Gulf to Jordan and Israel,” he said in an interview conducted by email.

“While not perfect, the Geneva II Conference on Syria is a step in the right direction,” Stavridis said. “NATO could play a role if authorized in peacekeeping, but we are still a long way from that.”

Stavridis was the first Navy admiral to serve as NATO’s top military officer. As such, his responsibilities included the war in Afghanistan, the aerial campaign against Libya, operations in the Balkans and anti-piracy patrols off the coast of Somalia. He is now dean of the Fletcher School of Law and Diplomacy at Tufts University.

He said that the rise of al-Qaida-linked groups in the region would likely cause mass migrations to Europe, and particularly to nations on its southern fringe whose fragile economies are particularly vulnerable to disruptions caused by such an influx.

Up to now, almost all of Syria’s refugees have fled to nearby countries like Lebanon, Jordan, Turkey, Iraq and Egypt. But increasing numbers have been crossing illegally into the European Union. Last year, roughly 11,600 migrants — most of them Syrians — entered EU member Bulgaria from Turkey, according to U.N. statistics. Many then travel on to France, Germany or Scandinavia, and the U.N. High Commissioner for Refugees is asking the European Union to accommodate 30,000 of them.

Other potential threats include “combat training and actual combat experience for thousands of jihadists on the footsteps of Europe,” Stavridis said.

A senior Western envoy in Baghdad echoed Stavridis’ warning, saying that jihadist volunteers from Europe, America, Australia and other western nations fighting in Syria could mount terror attacks when they return to their home countries.

“You’ll have problems with such people who are radicalized and who will also come back highly trained in violent actions,” said the envoy who spoke on usual condition of anonymity.

Although NATO has not been directly involved in the Syrian and Iraqi conflicts, the alliance has deployed six batteries of Patriot missiles to southern Turkey to defend the country from possible strikes from neighboring Syria.

Commenting on Stavridis’ warnings, Jacqueline L. Hazelton, a professor of strategy and policy at the U.S. Naval War College, noted that European nations had reason to be alarmed that the conflicts were radicalizing some of their Muslims. Between 1,200 and 1,700 young European Muslim volunteers have traveled to Syria to join the jihadist forces, The Associated Press reported in December, citing statistics compiled by European governments.

“The Europeans need to go on defense on this one,” Hazelton said. “They face an intelligence and a law enforcement problem as these radicalized youth begin to return home.”

But Hazelton also warned that framing the conflicts as a grand religious war overlooks the political and material interests at play.

“We are also seeing individual fighters and groups battling over earthly power and earthly resources and against earthly threats,” Hazelton said. “The fighting among jihadis in Syria is a great example of rivalries over power and resources trumping shared faith.”