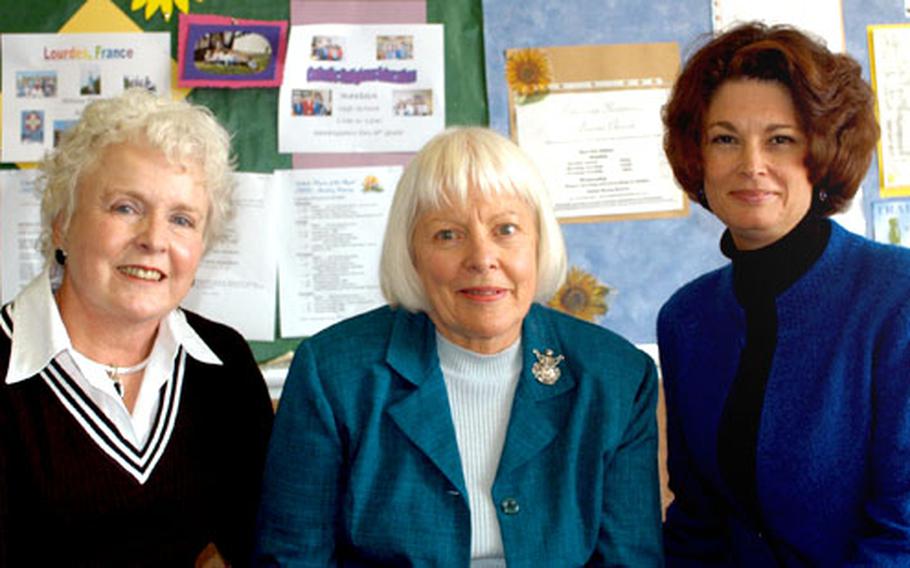 BAMBERG, Germany &#8212; Ilene Stubbs told a roomful of deployed soldiers&#8217; wives about her husband going off to war, leaving her both pregnant and scared.

Although the war was in Vietnam, and her story took place three decades ago, little has changed in what the wives of deployed servicemembers face today.

Stubbs and Doris Waldrop visited Bamberg on Tuesday as part of a traveling team called Wives of Warriors, offering tips and encouragement to spouses of deployed soldiers. The team visits Schweinfurt on Thursday and W&#252;rzburg on Friday, but the deadlines to sign up for those seminars have passed.

Stubbs spoke of her military life experience candidly and with vivid recollection.

After offering such tools as exercise and proper nutrition to eliminate stress, Stubbs spoke about reintegration.

Communication is key both before and during the reunion process, Stubbs said. She added that spouses should let the soldier know about big changes they may have made in themselves or the home.

Waldrop spoke to the women about finding strength through their faith and not giving up.

The president of the Protestant Women of the Chapel-Europe, Victoria Robinson, spoke about parenting during a deployment.

Although they had heard much of the information before, the wives said the seminar was encouraging and uplifting, especially coming from women who had gone through the same experiences.

Stubbs left the women with a thought on getting their lives back to normal when the soldiers return.