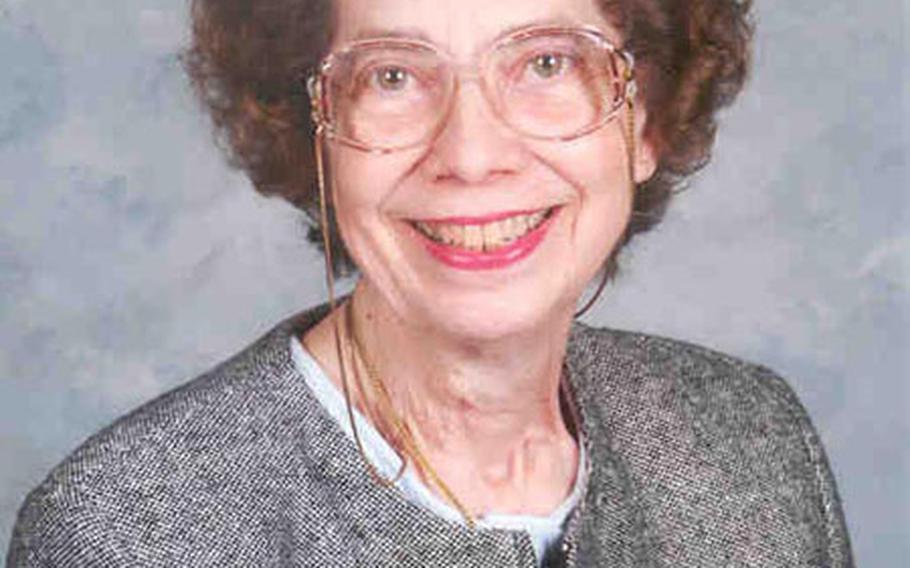 A longtime music teacher and founder of a community orchestra in Kaiserslautern, Germany, died Friday.

Dr. Joan L. Burton died of a heart attack at Landstuhl Regional Medical Center. She had been hospitalized for several weeks with pneumonia. She was 72.

For 49 of those years she was a teacher, 27 of them with the Department of Defense Dependents Schools. Burton spent three years in Geissen, Germany, and the rest at Kaiserslautern Elementary.

She was well known as conductor of the Kaiserslautern Community Schools Orchestra. Some children who had played with the orchestra returned years later to help it as adult mentors.

&#8220;She had a tremendous impact in the community,&#8221; Principal David Markewitz said. &#8220;This is the only DODDS community in the world that I know of that has a community orchestra, and it was due to her efforts. She loved music and wanted others to love music.&#8221;

She is survived by her husband of 40 years, Dean A. Burton; a daughter, Irene L. Burton; a brother, Frederick Elrick, and a sister, Elaine Cook.