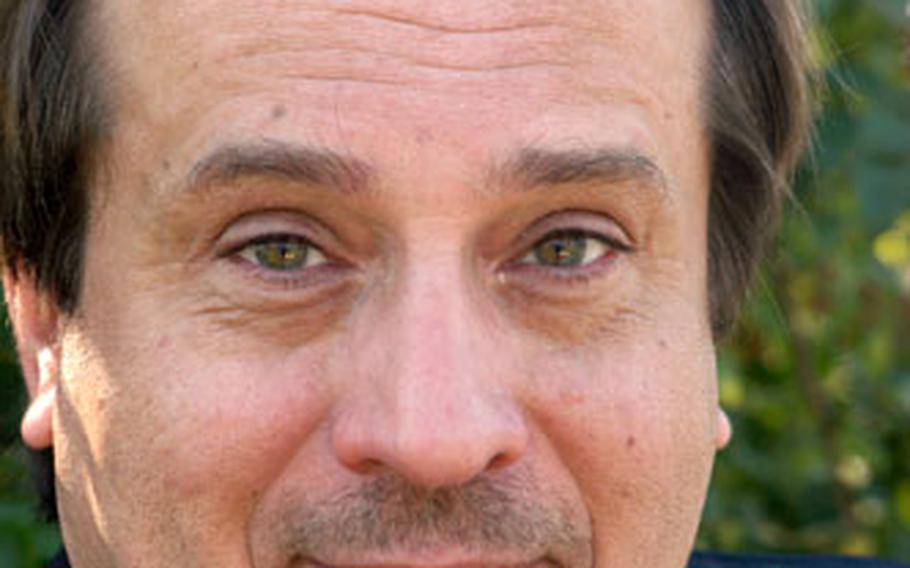 &#8220;Veterans are tired of being promised the sun and the moon, and then, when the budget comes up, they (the government) want to cut benefits,&#8221; Burden says.

Tweaking a well-worn clich&#233;, the 46-year-old Army veteran states that &#8220;freedom has a price,&#8221; especially down the road when the servicemember separates from the military.

Burden&#8217;s primary focus has been on helping disabled veterans living in Europe. He&#8217;s been at it for years, assisting veterans with disability claims and related paperwork. Burden believes many claims are delayed, misjudged or rejected because there is no effective advocacy group on this side of the Atlantic for disabled vets &#8212; at least until now.

This summer, Burden and his sister, Sherry, founded Disabled Veterans International, or DVI, to plug what they say is a gap in coverage. The organization is based and licensed in Ohio, and has the support of U.S. Rep. Marcy Kaptur, D-Ohio. The organization has a European office at Herbert-Hoover-Strasse 48 in Heilbronn.

Disabled American Veterans, or DAV, has about 1 million members, but there is no organized chapter in Europe, despite the presence of thousands of veterans. DAV, for example, does have a chapter in the Philippines, according to its Web site.

Burden and DAV officials have locked horns in the past, but, policies and personalities aside, Hugh Smith, a retired Army staff sergeant, believes Burden is on to something.

Dave Autry, deputy national director of communications for DAV, said in a phone interview earlier this month that isn&#8217;t the case. Later, in an e-mail, Autry declined to comment about Disabled Veterans International, explaining that he doesn&#8217;t know much about it.

Burden said he believes the number of U.S. military veterans in Europe who suffer from service-related medical disabilities is far higher than anyone imagines. The DVI, he said, will be responsive to its due-paying members and will tirelessly press for a quicker resolution to their VA claims.

For more information on the DVI, go to its Web site at: www.dvi-online.org.