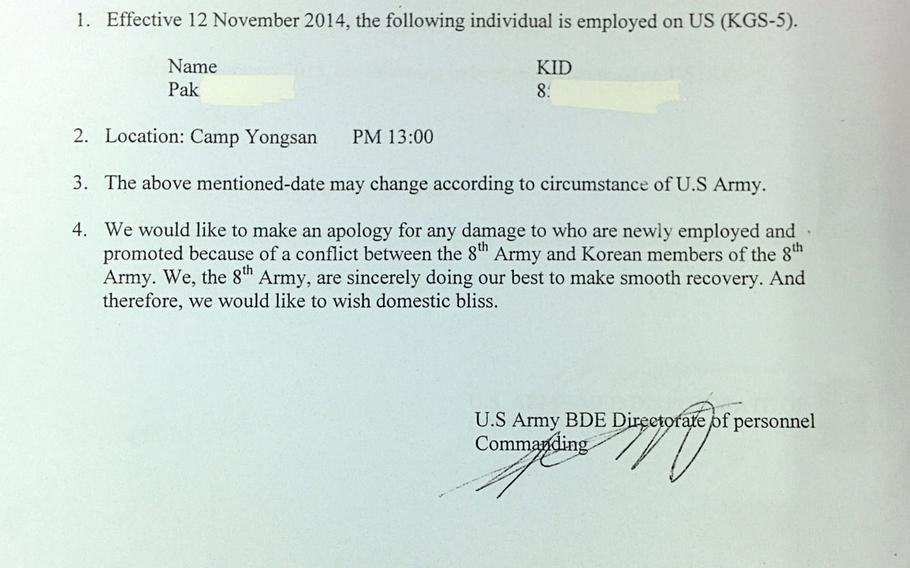 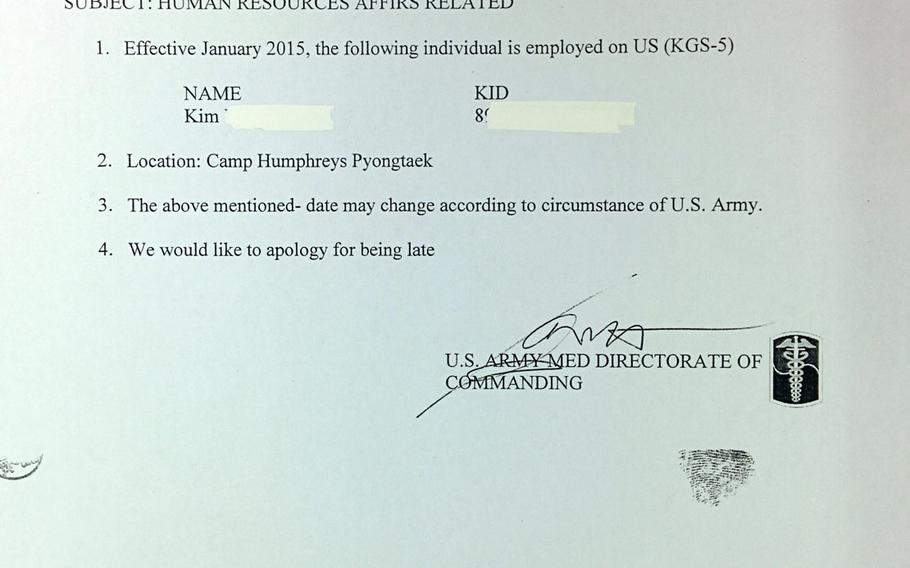 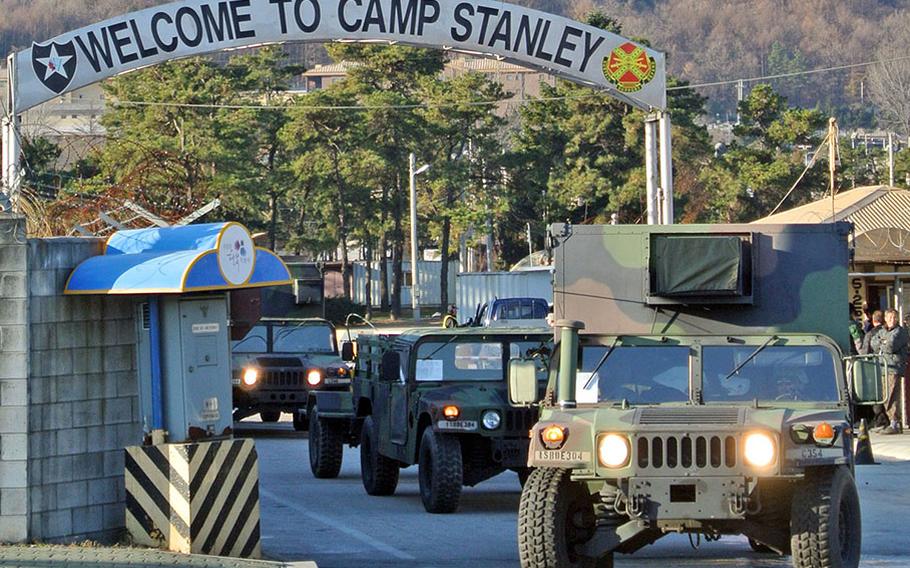 A former Camp Stanley employee was arrested on allegations that he bilked South Koreans out of more than $740,000 in exchange for non-existent base jobs — and enlisted an unwitting U.S. soldier’s help to pull off the scam, South Korean police said.

The man identified by the surname Gang, 54, posed as a high-level base hospital official and convinced 27 people during the past six years to hand him a total of 800 million won, Uiwang Police Station officials told Stars and Stripes.

Gang forged Army documents and took his victims on tours of Yongsan Garrison, Camp Humphreys and other areas to help sell his story, police said.

Gang also convinced a U.S. soldier at Camp Stanley that the victims were prospective employees, then had the soldier interview them by phone to test their English, said Jo Min-chang, of Uiwang’s Economic Crime Investigation Team.

Police said they do not think the soldier knew he was participating in fraud.

Gang worked at Camp Stanley for more than 20 years before being fired last month, Jo said. He had most recently served as an ambulance driver.

“We would like to make an apology for any damage to who are newly employed and promoted because of a conflict between the 8th Army and Korean members of the 8th Army,” one of the letters read, according to a sample obtained from Uiwang police. “We, the 8th Army, are sincerely doing our best to make smooth recovery. And therefore, we would like to wish domestic bliss.”

One victim, a 51-year-old woman, told police she gave Gang 100 million won ($92,600) to arrange administrative jobs for her husband, son and daughter. Gang told others that he would deliver money to the human resources manager at an Army hospital, who could then guarantee jobs until retirement at age 68, police said.

Gang has spent all of the money he collected to pay gambling debts, police said.

In response to a request for comment, 8th Army issued a statement saying: “We take claims of fraud by any employee extremely seriously. The incident involving the employee was appropriately adjudicated in accordance with USFK regulations and established agreements. The employee no longer works for the U.S. military. The Command considers the matter closed.”

As far as the U.S. soldier, the statement added: “At this time, we are not aware of any open investigation of U.S. servicemembers concerning this issue.”