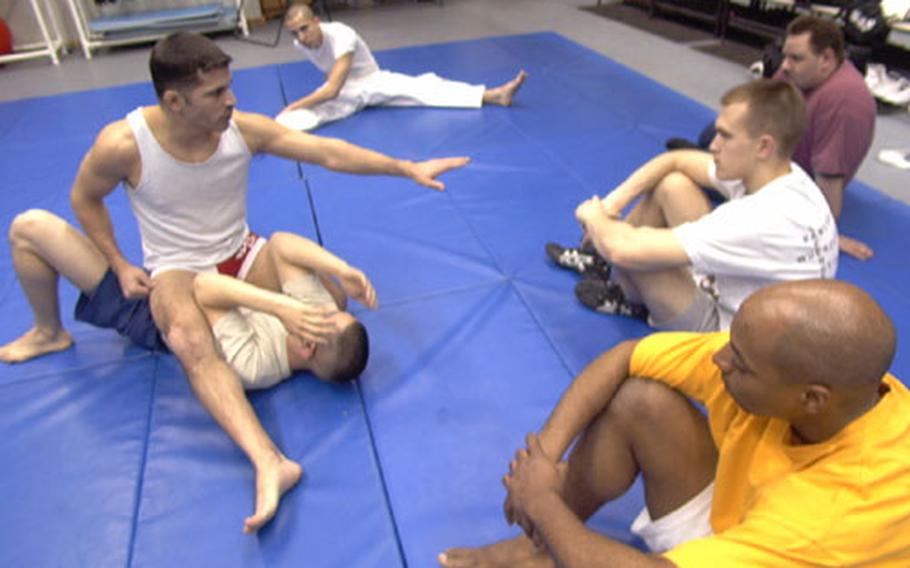 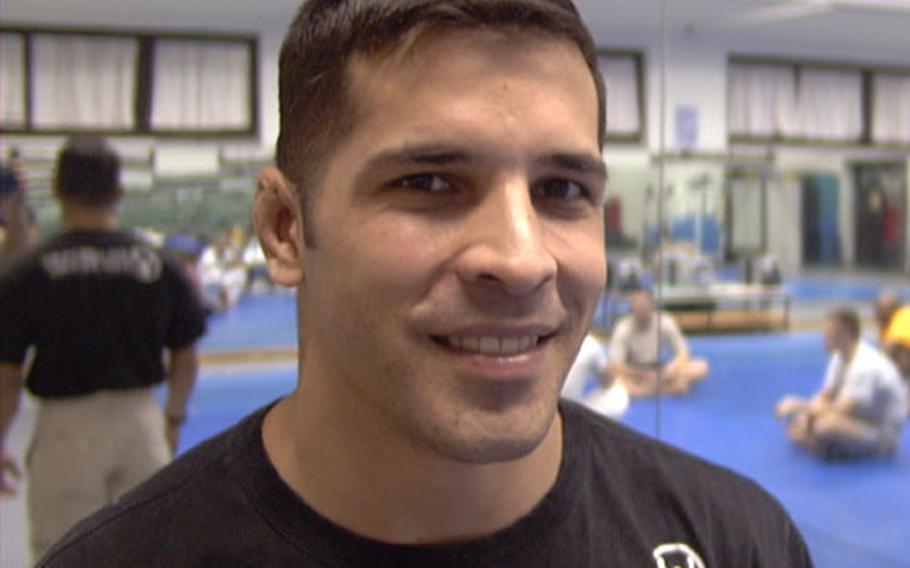 HEIDELBERG, Germany &#8212; When Brian Davis arrived in Germany a few years ago, the former U.S. soldier was overweight and out of work.

These days, the upbeat father of three teaches Brazilian jiu-jitsu to adults and wrestling to children &#8212; while gearing up for some fierce battles on the European fight circuits. He competes in the 145- to 150-pound class.

It&#8217;s easy for Davis to coach military folks because he knows his subject well. Not only does he know many forms of martial arts, but he grew up on Army bases and knows the importance of sports when it comes to easing problems caused by frequent moves.

Davis, 31, spent nearly a decade in uniform, serving as an Army medic. His wife, Rebecca, was a chaplain&#8217;s assistant who recently left active duty for the reserves. Both were Army brats whose lives revolved around military bases and constant moving.

Early on, Davis&#8217; father, Vance &#8212; a career enlisted soldier &#8212; pointed then 5-year-old Brian and his older brother Vance Jr. toward wrestling and karate to introduce them to sports and keep them busy.

Davis learned tae kwon do, kickboxing and kung fu. If the base did not have a program, Davis studied at local studios.

After his stint in uniform, Davis longed for stability for his family. He accompanied his wife to Germany to settle down, he said.

In 1914, Mitsuo Maeda brought jiu-jitsu to Brazil from Japan, Davis said. He taught it to Carlos Gracie, the son of a Brazilian politician, who in turn taught his brothers. The brothers and their descendants modified the sport through the years, giving it a style different from its origins.

It focuses on ground fighting, with both fighters working on the mat to pin, lock or choke their opponent into submission.

In the mid-1990s, Royce Gracie used Brazilian jiu-jitsu to dominate the Ultimate Fighting Championship, a pay-per-view television event that pitted fighters from separate styles against each other, Davis said.

Davis learned Brazilian jiu-jitsu and yearned for competition. In December 2000, he fought in France, where he took fourth place out of 68 competitors in his weight class. In October 2001, he finished second in the German championship in Ulm.

He is now training for mixed-martial-arts fights that permit any fighting style, often without rules. On Sunday, he was to fight Englishman Pat Carr in London. He will also compete for the world championship for Shido karate in Stutgart this spring.

Davis took over Aledo&#8217;s teaching program when Aledo left the area, and moved the operation to Heidelberg. One of his students there is Vinny Carlucci.

Carlucci, a 34-year-old computer specialist with the Army in Wiesbaden takes classes with Davis every Wednesday, and is inspired by his knowledge of, and dedication to, the sport.

Among Davis&#8217; other students are youngsters ages 5-14 whom he has instructed for the past three years as a volunteer wrestling coach at the Youth Services center in Heidelberg.

When it comes to working with kids, Davis uses both his knowledge of fighting and military life.

He knows the difficulties soldiers&#8217; children face and works to help them through wrestling, he said.

Davis manages a center in Schwetzingen used for educating employees of the Morale, Welfare and Recreation program. He and his wife have a daughter, Dalan, 13, and two sons, Brian, 8, and Brenden, 7.