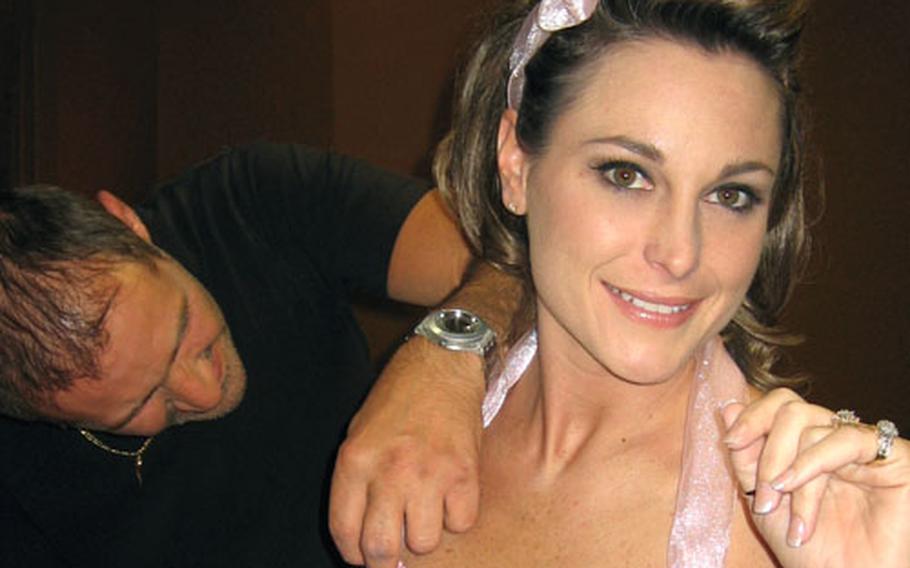 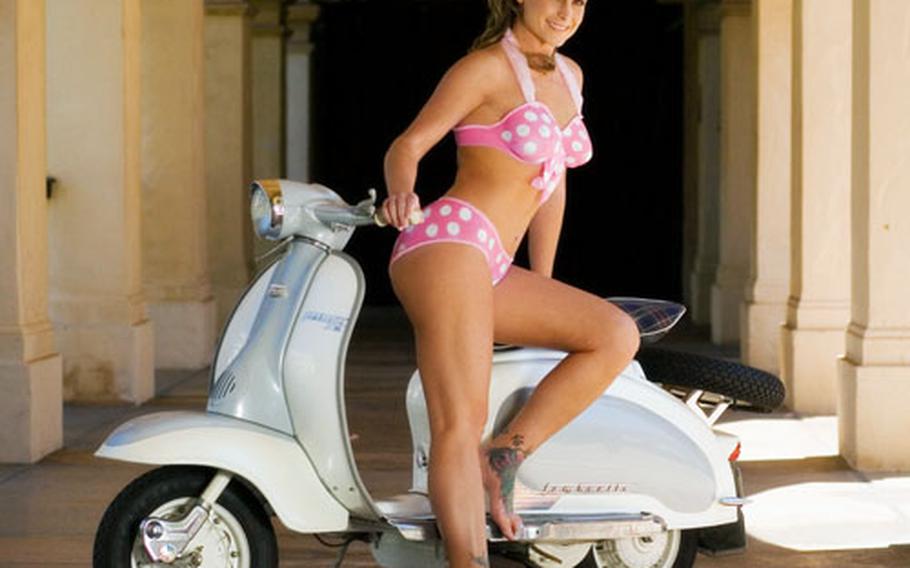 WASHINGTON &#8212; An Air Force staff sergeant discharged for posing in Playboy is baring it all again, this time to help the services.

Michelle Manhart, a former military training instructor at Lackland Air Force Base, will be the cover girl for next year&#8217;s Operation Calendar, a project designed to raise money for charities assisting wounded troops.

This is the third year the calendar has been produced. Proceeds from the sale are divided among several military charities, all with a focus on troops injured overseas.

Manhart and 11 other bombshells signed up to have body paint artist Filippo Ioco draw intricate outfits on their &#8220;human canvases,&#8221; in the organizers&#8217; words. Manhart was under the artist&#8217;s brush for several hours before the photo shoots, getting her pink paint bikini perfected.

Shortly after it hit store shelves, she was discharged for improper use of her uniform &#8212; several of the shots featured parts of the standard service dress. Since then, she has appeared nude again in a series of ads produced by People for the Ethical Treatment of Animals.

Manhart lives in Texas with her husband and two children, and said she is in discussions to appear in several films and be a reality show regular this fall.

For more information on the project, or to order a 2008 calendar, visit www.operationcalendar.org.