Former airman re-creates a cast of military characters in play 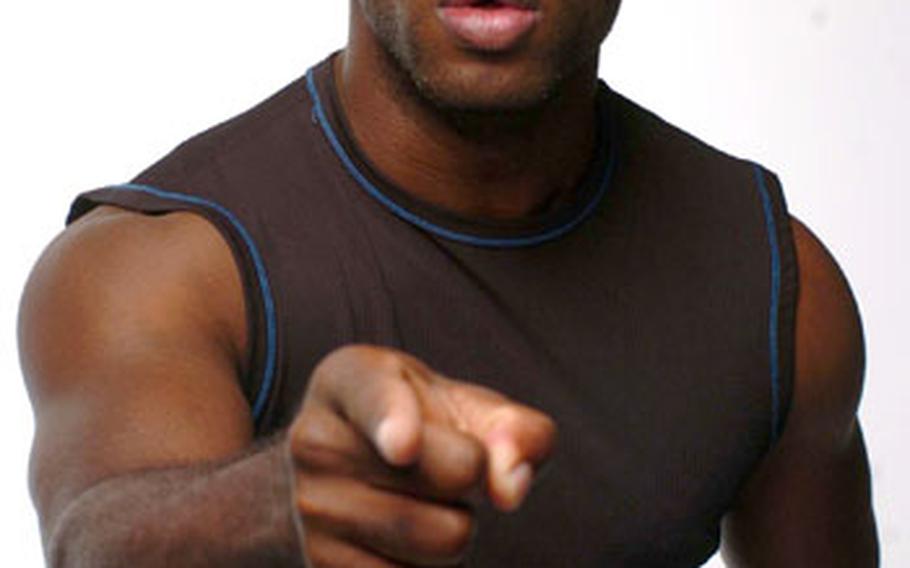 Former airman Kahlil Ashanti has taken his time in the Air Force and turned it into the basis for his one-man play, "Basic Training," where he plays more than 20 characters while telling the tale of his life in the service and with Tops in Blue. (Photo courtesy of Kahlil Ashanti)

Airmen often leave the service with skills ready-made for a move to the private sector. The Air Force paved the path to performance for Kahlil Ashanti.

As a servicemember in the early &#8217;90s while stationed at Nellis Air Force Base in Nevada, Ashanti was a member of Tops in Blue, the traveling Air Force entertainment ensemble.

Now Ashanti has taken those Air Force memories and turned them into &#8220;Basic Training,&#8221; a one-man show that will open this month in London.

Called a &#8220;razor&#8217;s edge rollercoaster of a show&#8221; by London&#8217;s Metro newspaper, Ashanti plays more than 20 characters throughout his performance, from his drill instructor in basic training to a fellow recruit who had Tourette&#8217;s syndrome.

Present and past airmen surely identify with some of Ashanti&#8217;s characters.

&#8220;The drill sergeant is something that will definitely bring back memories,&#8221; Ashanti said last week.

&#8220;At the beginning of the show, the audience is in basic training and the drill instructor talks to the audience like they&#8217;re recruits. And I had to tone it down to do the show.&#8221;

Ashanti said he joined the service to escape an abusive family situation, and ended up auditioning for Tops in Blue. Many of those experiences are reflected in the show, such as the time the performers&#8217; tour bus came under fire in Turkey.

Ten minutes later, he said, Tops in Blue was on stage.

While reviewers have called the show highly energetic and hilarious, there are also more heartfelt moments, as Ashanti deals with revelations in his family life.

Ashanti said he is also looking to get his story turned into a film.

While a career in the Air Force wasn&#8217;t for him, Ashanti did find a calling while serving. And a show subject to boot.

Cost: During the first week, anyone with a military ID card can get in for 10 pounds, otherwise prices will vary between 12 and 16 pounds.