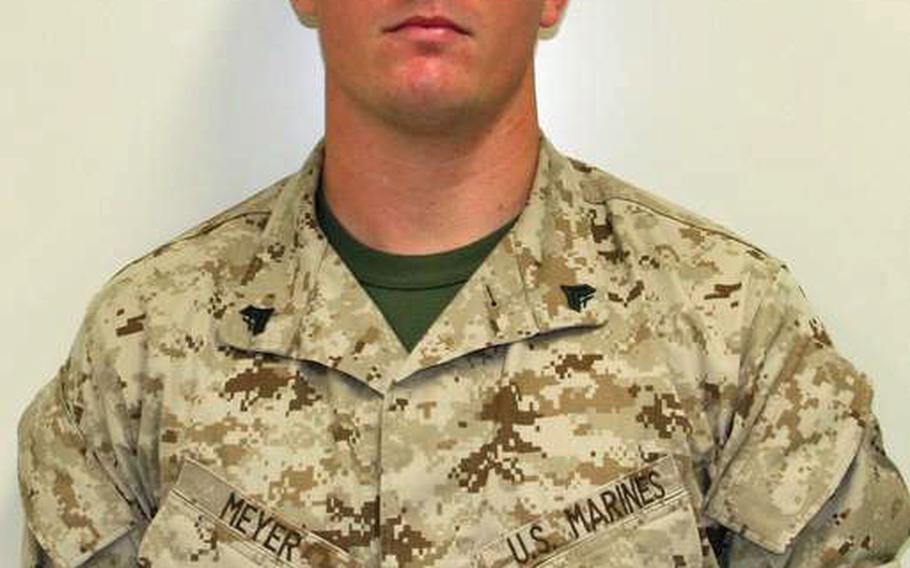 WASHINGTON &mdash; A Marine who braved intense enemy gunfire in Afghanistan to recover the bodies of four fallen comrades will receive the Medal of Honor for his heroism, defense officials said Wednesday.

Dakota Meyer, who left the service last year, will be the third living recipient of the award for actions in Afghanistan and the tenth man recognized for exceptional bravery in the current wars. He&rsquo;ll also be the first living Marine to receive the honor since the Vietnam War.

White House and defense officials have not released details of the award or the timing of its presentation.

The 22-year-old&rsquo;s heroics came while serving with an embedded training team from the III Marine Expeditionary Force out of Okinawa, Japan. In September 2009, his team was ambushed in the controversial battle of Ganjgal, which claimed the lives of five Marines and nine Afghan allies.

But Corps officials said Meyer&rsquo;s heroics went even further. He was wounded by shrapnel early in the battle, but when his unit lost contact with three Marines and a Navy corpsman pinned down by enemy fire, Meyer fought his way down a mountainside alone to their position.

When he found them all dead and in danger of being claimed as trophies by enemy fighters, he evacuated their bodies with the help of Afghan troops.

Just a few days after the attack, an angry Meyer told a reporter from McClatchy News Service that the off-site commanders&rsquo; decisions not to order artillery support &ldquo;basically screwed our guys over. They expect us to bring stuff to the fight, and [the commanders] didn&rsquo;t give it to us.&rdquo;

And in an interview with the Military Times late last year, Meyer said he felt praise for his heroics that day was unwarranted. &ldquo;I feel like I let my guys down, because I didn&rsquo;t bring them home alive,&rdquo; he said.

Meyer left the Marine Corps last summer as a sergeant. He could not be reached for comment.

CorrectionMeyer served with an embedded training team from III Marine Expeditionary Force. He left the Corps as a sergeant.