Forget celebrities, parents are the heroes in Misawa kids' eyes 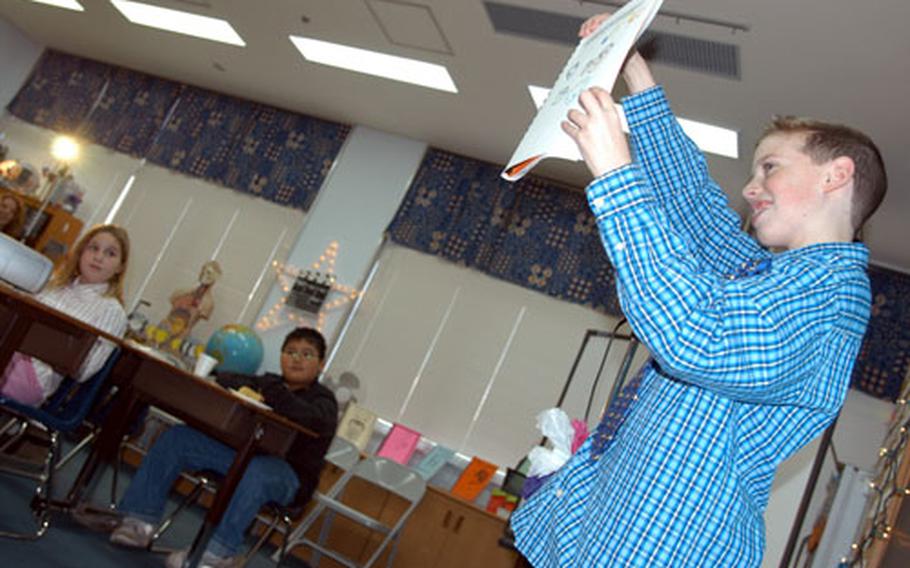 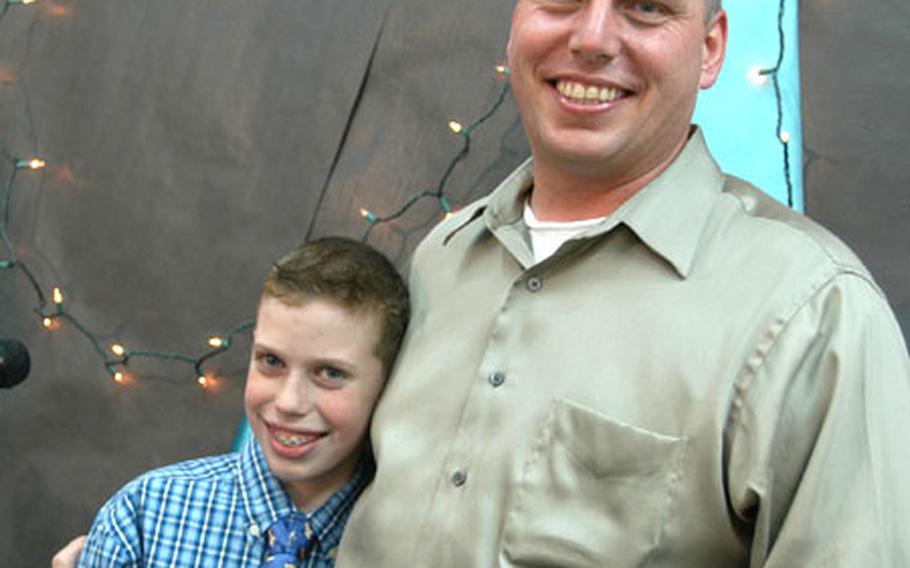 Austin Pieters with his dad and hero, Robert Pieters, a Navy civilian at Misawa Air Base. (Jennifer H. Svan / S&S) 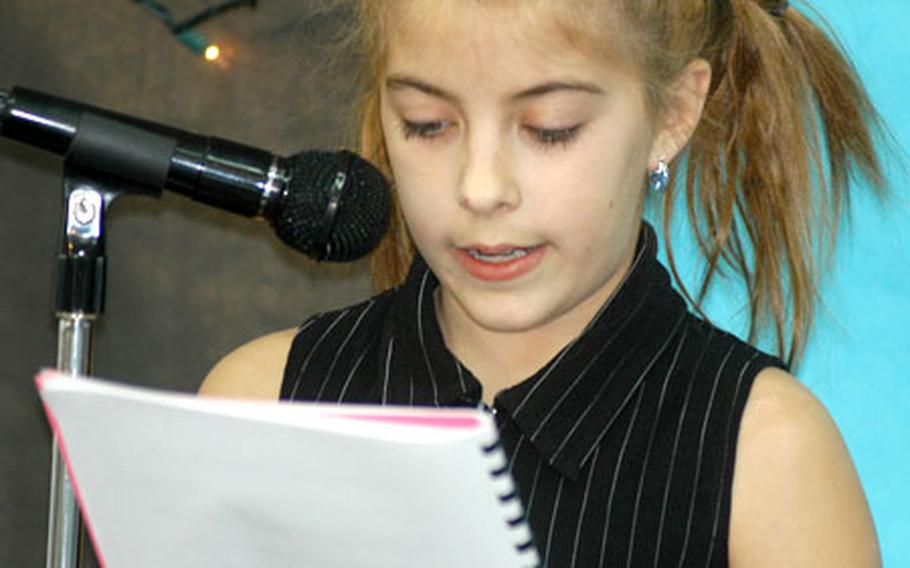 Jennifer Glover said she chose her dad, Tech. Sgt. Jimmy Glover, as her hero because of his big heart, great talents and sense of humor. (Jennifer H. Svan / S&S)

MISAWA AIR BASE, Japan &#8212; Lance Armstrong may have overcome cancer to win the Tour de France a record six times, but the world-famous cyclist doesn&#8217;t hold a candle to dads and moms at this northern Japan base.

When Sollars Elementary School teacher Karen Griffis asked her fifth-graders to choose a hero in their local community to feature in a writing project, most picked one of their parents.

Fejeran was one of 12 students who read about his hero during a special author&#8217;s tea in Griffis&#8217; classroom Wednesday afternoon. Parents and a few siblings ate cookies and drank lemonade while students shared stories and pictures about fathers who coach soccer and play pranks; of mothers who braid hair and help with homework; and a big brother who also is a best friend. Misawa&#8217;s heroes in the eyes of 10-year-olds fly jets, wait tables, attend middle school, teach, mentor youth and fix aircraft parts. They are both ordinary and extraordinary.

More than half of the fifth-graders making presentations Wednesday chose their father as hero. Most of the super dads were either Air Force or Navy members, but their kids talked more about time their fathers spent with family, from dirt biking on weekends to playing a game of catch.

Master Sgt. Duane Goynes said he was touched by his daughter&#8217;s words and now more than ever has big shoes to fill.

Griffis&#8217; students spent several months working on their books. They had to come up with their own interview questions, write several drafts and draw pictures for illustrations. They also practiced in front of their classmates for the author&#8217;s tea. This is the second year Griffis has done the project at Sollars after starting it about 10 years ago while teaching in the United States, she said.

Griffis&#8217; classes in the States tended to choose heroes from the community-at-large, such as a business person or teacher. She&#8217;s found at Misawa about 90 percent of her students select one of their parents, she said. &#8220;It shows they have a lot of pride in their family.&#8221;

A number of dads were to be recognized, and so, too, were a pastor and even a few moms. Brynn Molin proudly said she plans to talk about her mom, Kristine &#8220;because she cares about me and she loves me.&#8221;