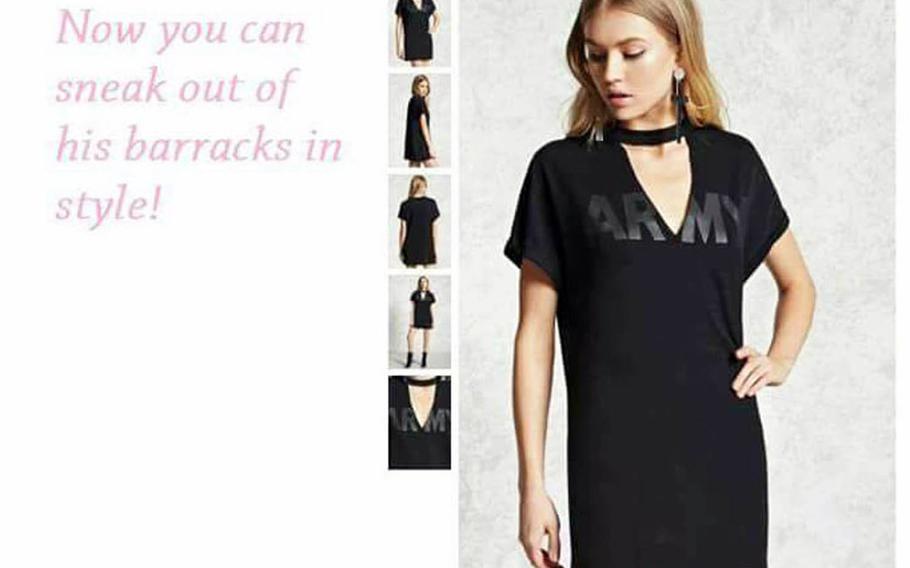 Forever 21's "Army Choker T-shirt dress" was marketed with the slogan "Now you can sneak out of his barracks in style!" (Screenshot from Forever 21)

Forever 21's "Army Choker T-shirt dress" was marketed with the slogan "Now you can sneak out of his barracks in style!" (Screenshot from Forever 21) 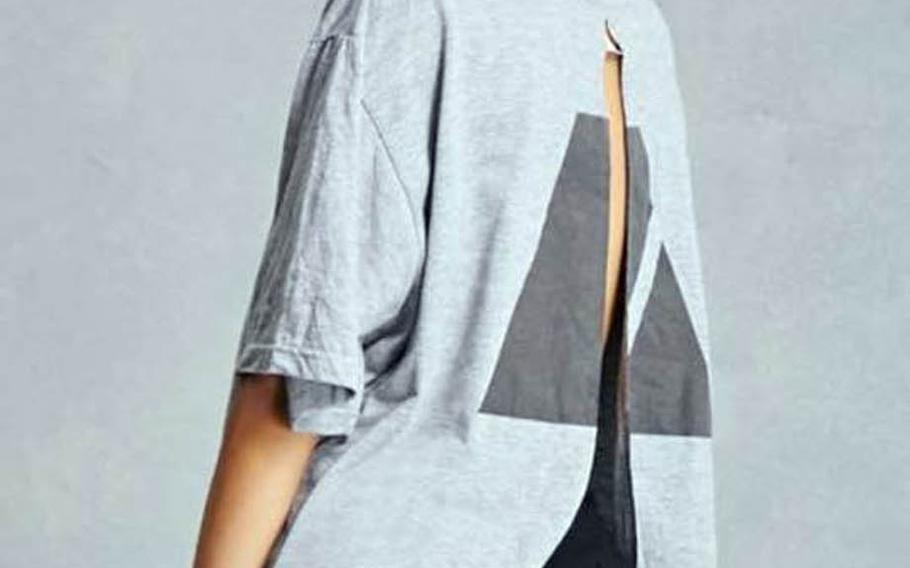 Forever 21's "Repurposed Army graphic tee" featured a wide slit cut in the back of a replica Army PT shirt. (Screenshot from Forever 21)

An online army appears to have achieved victory after declaring war on Forever 21’s new line of military-themed women’s clothing.

The items, priced from $25 to $40, were inspired by military physical fitness uniforms. A replica of the Army’s gray PT shirt with an added slit down the back drew its share of fire.

“This is distasteful and offensive, taking part of an Army uniform, cutting it up, and selling it for a 400 percent profit,” one woman wrote on Forever 21’s Facebook page. “Men and women put their lives on the line, honoring and defending our freedom, and have EARNED the right to wear these shirts.”

Other people offered to take scissors to their own gray PT uniforms, which can no longer be worn after Sept. 30, and sell them for less than Forever 21’s versions. A few male commenters submitted photos of themselves imitating images on the website after cutting up their old PT shirts.

The black garment, which strongly resembles the Army’s new physical fitness shirt but with gray lettering instead of gold and a V-shaped cleavage-revealing cutout, was marketed with the slogan: “Now you can sneak out of his barracks in style!”

“Thank you, Forever 21, for your most flattering portrayal of female service members,” a Facebook commenter wrote in response to the dress. “It’s not as though females are not sexualized enough … Shame on you.”

Forever 21 didn’t immediately respond to a request for comment.