Foreigners living in Seoul have their say at City Hall meeting 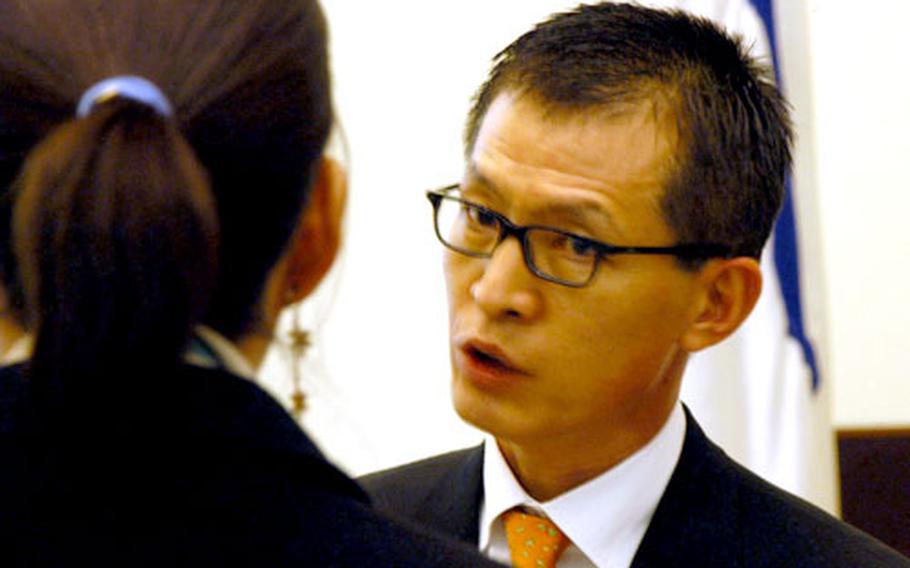 SEOUL &#8212; Traffic and garbage topped the list of concerns Friday afternoon as people from dozens of countries gathered at Seoul&#8217;s City Hall to talk about how life could be a little easier living in South Korea&#8217;s capital.

Michael Breen, for instance, said he never knew the garbage man who knocked on his door was asking him to pay a fine because he put his trash out on the wrong day.

&#8220;There should be some way for foreigners to know when garbage day is,&#8221; said Breen, a British citizen who owns a public relations firm in Seoul.

The Honduran ambassador, Rene Francisco, and several others asked why so many drivers in Seoul run red lights and fail to stop for pedestrians and ambulances. The habit causes too much gridlock, he said.

Seoul city officials took the comments in stride as part of their 2004 Seoul Town Meeting, where more than 100 people came to discuss daily living in Seoul.

Many complimented the city on improving the public space around City Hall, on plans to handle visa issues at City Hall starting in January and on holding the meeting in the first place. It was the fifth meeting the city has had to hear from its foreign residents.

&#8220;Not many cities would invite foreigners in to complain,&#8221; said Joan Baron, who works with the city&#8217;s Foreign Investment Advisory Council and is the chairwoman of the Canadian Chamber of Commerce in South Korea.

Last year, suggestions yielded a new 24-hour health line for foreigners. (The English-language line is 010-4769-8212 or 010-8750-8212). And starting in January, most foreigners will be able to process their visa renewals and requirements at City Hall, according to Hong Simon, the manager at Seoul&#8217;s Help Center for Foreigners.

When it comes to traffic, some suggested that cameras be installed at intersections to record law-breakers&#8217; actions. Others said the traffic lights should by triggered by traffic flow, so that drivers would not have to wait so long at red lights.

Those suggestions will be looked at, said Choi Young, the director-general of Seoul&#8217;s Bureau of Industry, whose job includes working with foreign residents. Part of the problem, he said during a break, is that the national government controls the police, not City Hall.

The city has suggested updating the traffic signals in the past, but it has proved too expensive, he said.