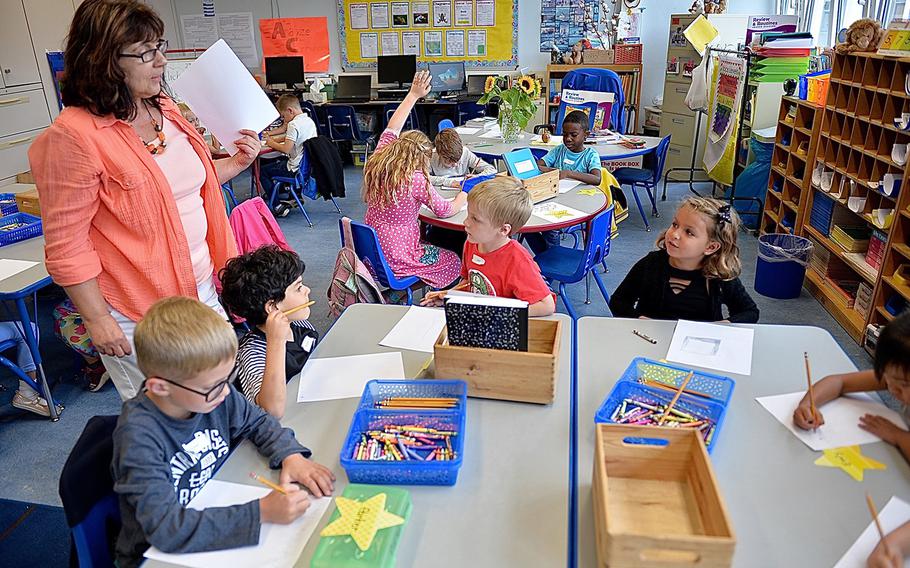 German immersion teacher Gabriele Arseneault talks to Landstuhl Elementary/Middle School students about a book her class read together on the first day of the 2018-19 school year. (Will Morris/Stars and Stripes)

Here are some specifics about the Department of Defense Education Activity's plan to tweak staffing standards, consolidate classes with low attendance and shed more than 300 “excess” positions. The move was intended to free up funds for school needs such as infrastructure from a budget top-heavy with payroll expenses. The cuts will take effect before the next school year.

In addition to elementary foreign languages, teachers are reporting that Nile C. Kinnick High School at Yokosuka Naval Base and E.J. King High School at Sasebo Naval Base, both in Japan, will both lose their Chinese language classes, Federal Education Association spokesman Gary Hritz said.