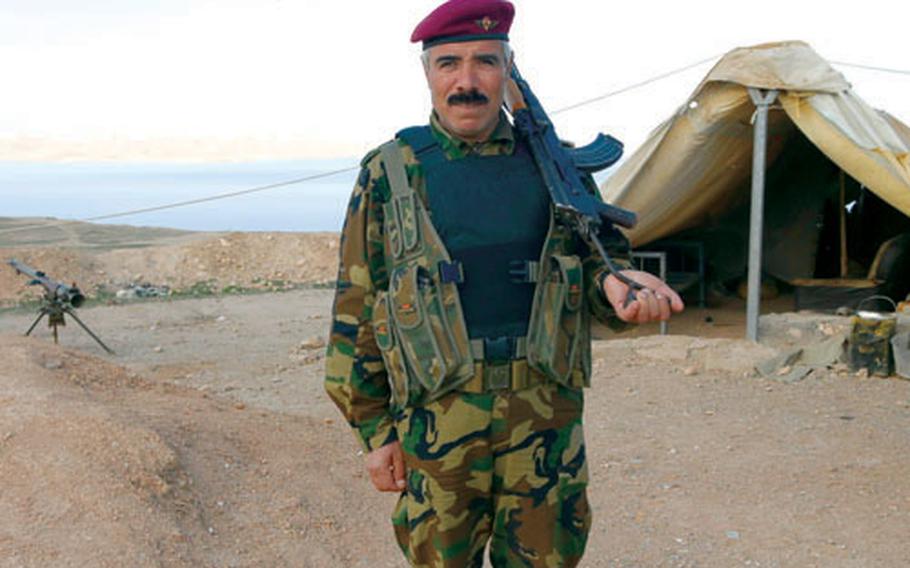 Commanders with the Iraqi army and Kurdish Peshmerga, two forces often at odds in northern Iraq, have come to an agreement on sharing responsibilities for the protection of a vital dam outside Mosul in Ninevah province, according to the U.S. military.

"Over the past few days, leaders from the Peshmerga and the Iraqi army came together in a joint effort to ease tensions and develop a peaceful solution," said Brig. Gen. Robert Brown, deputy commanding general of Multi-National Division&#8212;North.

The creaky Mosul Dam has been the subject of concern after a U.S. Army Corps of Engineers report said that it is built on rock ill-suited to hold its weight and a dam failure could leave Mosul and its 2 million residents under more than 60 feet of water.

That also makes it a key piece of infrastructure to safeguard against possible insurgent attacks.

Much of Ninevah province, including the city of Mosul, is part of a dispute over Iraq&#8217;s so-called Green Line, the border of the Kurdish semi-autonomous region. The Kurdistan Regional Government already controls a three-province area in the north, but Arabs and Kurds disagree on who should control a swath of land that extends from Ninevah province to the Iranian border in northern Diyala province.

The dispute includes the oil-rich city of Kirkuk, but tensions have been especially high in Ninevah recently in the aftermath of elections that flipped control of the provincial government from Kurds to Sunni Arabs, who are the majority in the province but boycotted the previous election.

In May the newly elected provincial governor, who is Arab, was turned back by the Kurdish Peshmerga when he tried to visit the Kurdish town of Bashika.

"Two days ago there was a temporary solution, but through a joint effort, and extensive communication, it has evolved into a permanent solution that could become the model for the rest of Iraq with regards to solving provincial issues in the disputed areas," added Brown. "What has occurred is a true success."