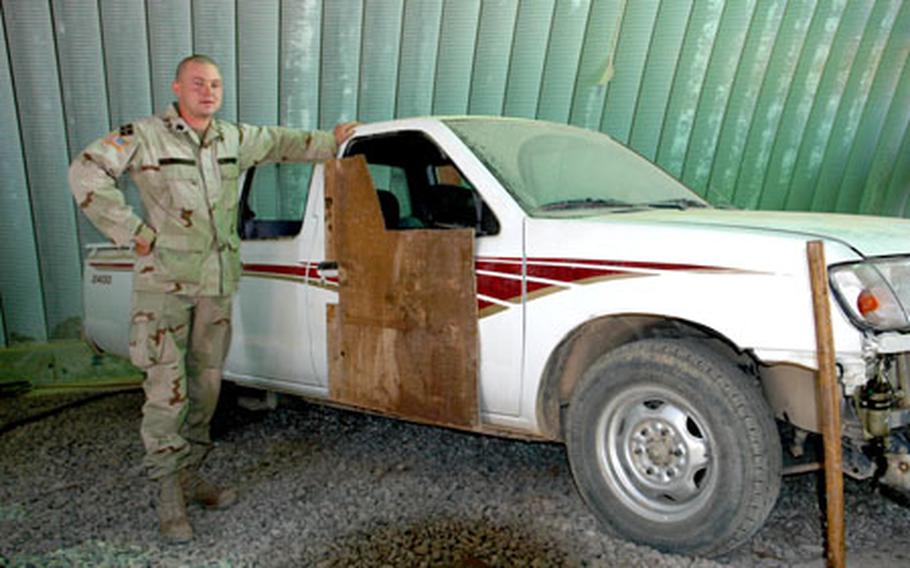 Sgt. Gordon Truett stands next to an Iraqi Army pick-up truck that he is using in designing vehicle armor that could help protect the local forces from roadside bombs. (Andrew Tilghman / S&S)

Sgt. Gordon Truett stands next to an Iraqi Army pick-up truck that he is using in designing vehicle armor that could help protect the local forces from roadside bombs. (Andrew Tilghman / S&S) 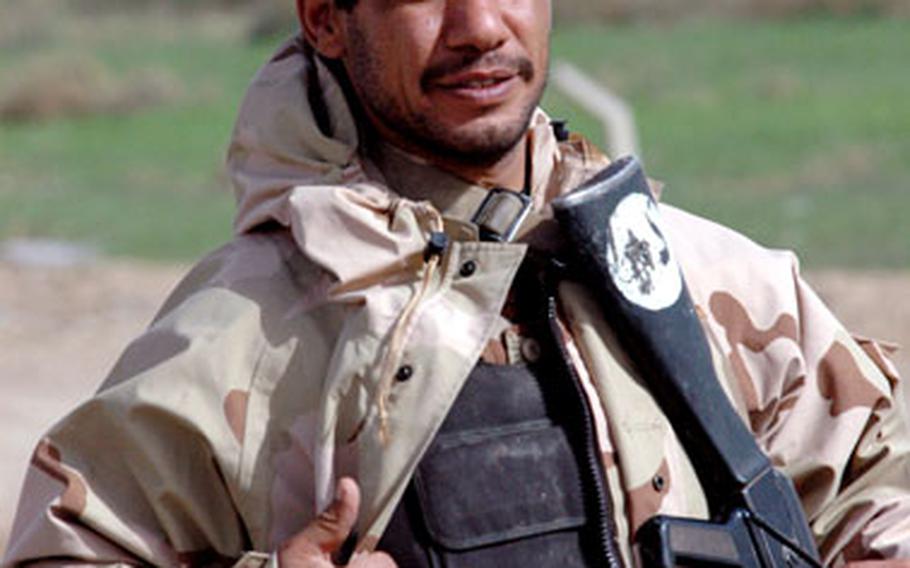 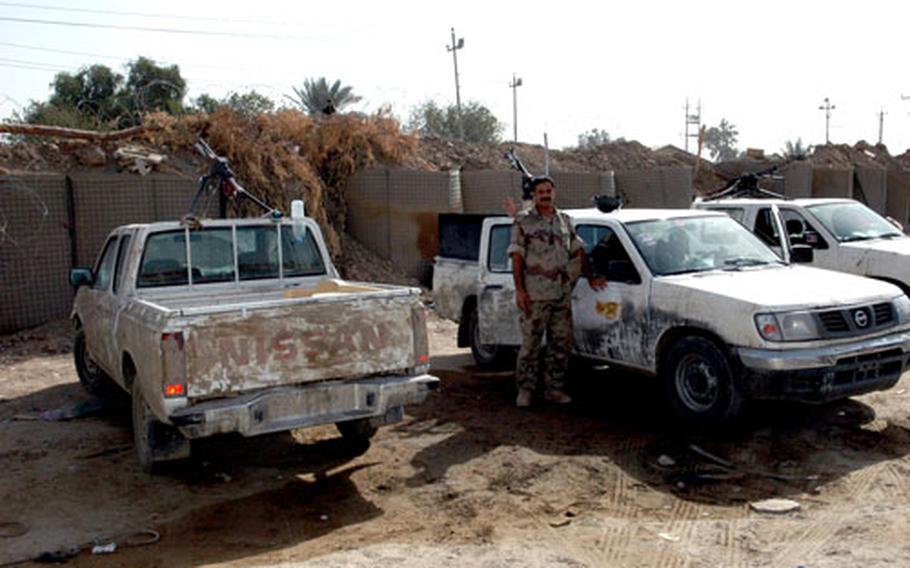 An Iraqi soldier prepares to go out in an unarmored Nissan pickup that most Iraqi army units use as their primary vehicle. (Andrew Tilghman / S&S)

BAQUBAH, Iraq &#8212; Several months ago, one Iraqi army unit here confronted a gut-wrenching series of setbacks &#8212; a suicide bomber on the Iraqi base killed 23 soldiers, a beloved captain was slain by a roadside bomb, and troop morale began to plummet.

In a span of several days, about 150 soldiers, between 10 and 20 percent of the entire battalion, walked off the job, severely curtailing the unit&#8217;s ability to maintain security and fight insurgents.

&#8220;We were concerned about our operational readiness for that period. We knew we would come back up, but stability was a concern,&#8221; Perez-Cruz said of the days in July when soldiers walked out.

Within several weeks, many of the Iraqi soldiers returned and the loss was not a long-term problem, Perez-Cruz said.

But the unit&#8217;s experience highlights the strategic problems that may become increasingly common as the U.S. Army begins to move troops out of the area and turn over bases to local forces. The Iraqi army and Iraqi police force are suffering their highest casualty rates in years, as the fledgling security forces come under fire for taking a more aggressive and visible role in fighting the insurgency.

At the same time, attacks on police stations here rose from three per month earlier this year to a peak of 11 in October.

By comparison, U.S. casualties in the same area were limited, ranging between zero and two deaths per month throughout the year.

Training reliable Iraqi security forces is the key pillar of U.S. military strategy in Iraq, which aims to stay here until local forces can independently battle the insurgency and maintain security.

Commanders in Diyala province have been in the forefront of the movement to transfer power to Iraqis. U.S. troops here turned over one base to Iraqis in June and plans are under way to remove troops from a second base in the coming months.

So U.S. and Iraqi officials are keeping a close eye on the spike in casualties, which can affect the morale, recruitment and overall battle readiness of Iraqi security forces.

Nevertheless, a temporary surge in Iraqi casualties may be viewed as a sign of progress in the region, Salazar said.

&#8220;It is a reflection of the fact that two things are happening,&#8221; Salazar said in an interview. &#8220;The terrorists have identified the fact that the Iraqi forces are the real enemy, not the coalition forces, because they represent a stable and Democratic Iraq.

&#8220;And the other fact is that the Iraqi police and the Iraqi army are taking on more of the fight, and that is part of our national strategy,&#8221; Salazar said. &#8220;It is unfortunate, but clearly it is an indicator that we are moving in the right direction.&#8221;

Salazar said he does not believe rising casualties among Iraqi forces foreshadow problems for their future, and other soldiers agree.

On Saturday, a convoy of U.S. soldiers visited several Iraqi army checkpoints near Baqouba, offering advice on how to reconfigure the checkpoints or add additional equipment that might improve safety.

Nationwide, the U.S. military office charged with training the Iraqi forces has plans to distribute 1,500 armored Humvees to Iraqi troops, according to the Multi-National Security Transition Command-Iraq.

U.S. soldiers in Diyala have armored at least 20 Iraqi troop transit trucks and are working on a kit to outfit their civilian-style pickups with steel plates similar to the &#8220;Mad Max armor&#8221; that U.S. troops used before the Army installed factory-made protection.

Despite the inherent danger, jobs with the Iraqi police force remain in high demand. Police officials turn away dozens of aspiring officers every month, according to the Iraqi police chief in Diyala, who asked that his name not be published. The chief, the third man to hold the position in less than a year, said armor for low-level police is not a high priority.

Yousif Bader, a 28-year-old Iraqi army soldier who guards a traffic stop near Baqouba, said he was troubled by a recent attack that killed six Iraqi soldiers.

For Hassan Mohamed, another Iraqi army soldier, the attacks are a motivating force.