For wounded servicemembers, a two-wheeled gift of mobility 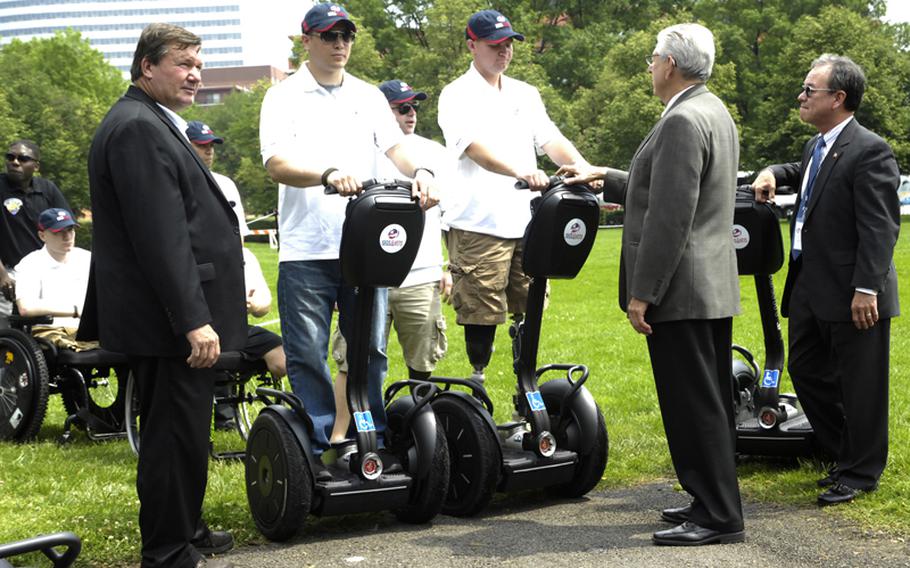 Segway recipients wait to be introduced during Wednesday's ceremony at the Marine Corps War Memorial in Arlington, Va. (Joe Gromelski/Stars and Stripes)

Segway recipients wait to be introduced during Wednesday's ceremony at the Marine Corps War Memorial in Arlington, Va. (Joe Gromelski/Stars and Stripes) 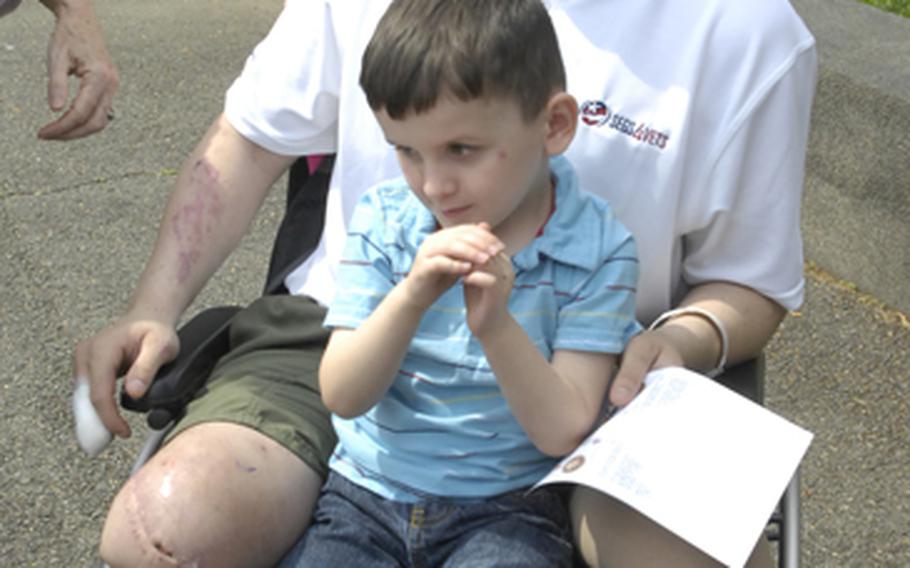 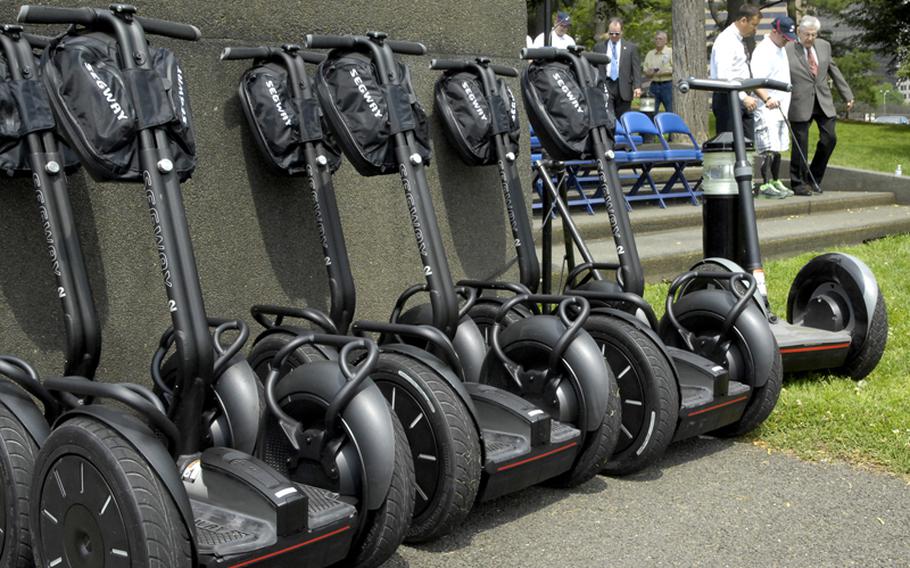 Segways are lined up for the ceremony at the Marine Corps War Memorial. (Joe Gromelski/Stars and Stripes) 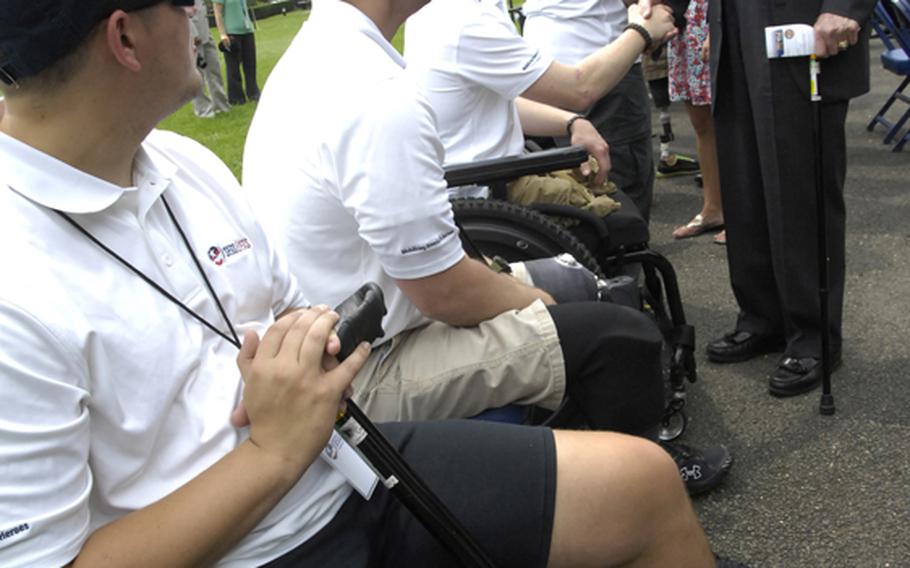 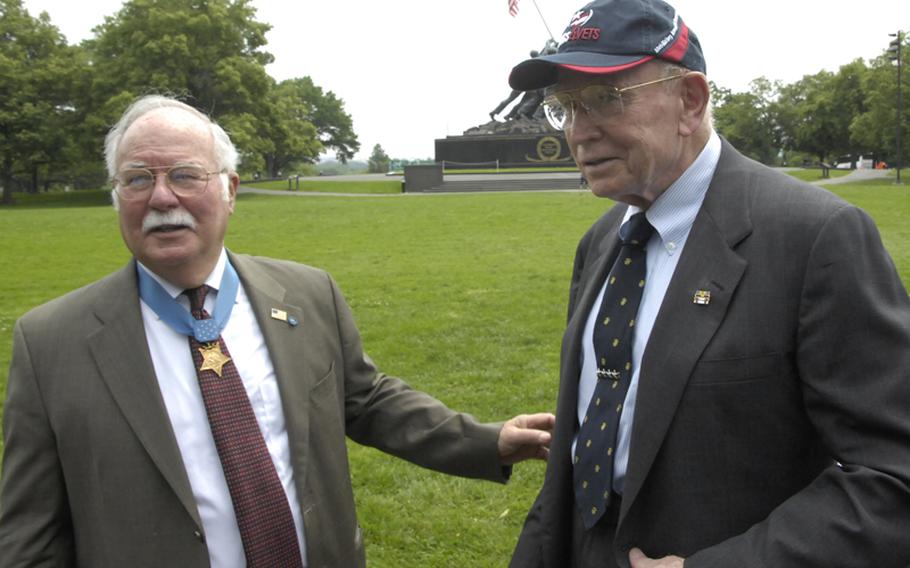 He faces a long rehabilitation, a path he will eventually walk on prosthetic legs, but he regained a bit of mobility on Wednesday when he and 25 other wounded warriors received Segways during a ceremony at the Marine Corps War Memorial.

Jauregui&rsquo;s rapid move toward mobility is possible because of a new twist in the 7-year-old Segs4Vets program, which has furnished hundreds of wounded servicemembers with Segways. Previously, riders needed to be able to stand on prosthetics to operate the scooters. But a new modification to some Segways allows the operator to be seated, which will let Jauregui use his new ride as he waits to receive and get acclimated to his prosthetics.

&ldquo;I didn&rsquo;t think [getting a Segway] would go this fast,&rdquo; Jauregui said, &ldquo;because I don&rsquo;t even have my [prosthetic] legs yet.&rdquo;

The Segway is &ldquo;not like a typical wheelchair,&rdquo; said former Army Capt. Stephen Fleming, who was wounded in Iraq in 2004. Fleming received his Segway two years ago and now helps train new recipients. &ldquo;You&rsquo;ve got to move it yourself. Lean into it, just trust it. That&rsquo;s the main thing we have to tell these guys.

&ldquo;We do not let them out of our sight until they&rsquo;re comfortable in the process. Our whole priority is to enable somebody to get out and be mobile, not to wind up back in the hospital [with an additional injury].&rdquo;

Jerry Kerr, co-founder and president of Segs4Vets, said he&rsquo;s amazed how they&rsquo;ve been able to provide Segways for troops so soon after they are injured.

Jauregui said he didn&rsquo;t want to waste any time wallowing in self-pity.

&ldquo;Feeling sorry for yourself isn&rsquo;t going to get your legs back,&rdquo; said Jauregui, &ldquo;so you might as well get back on it and figure out how you&rsquo;re going to move again. Stay motivated.&rdquo;