For unit, third time in Fallujah is a charm 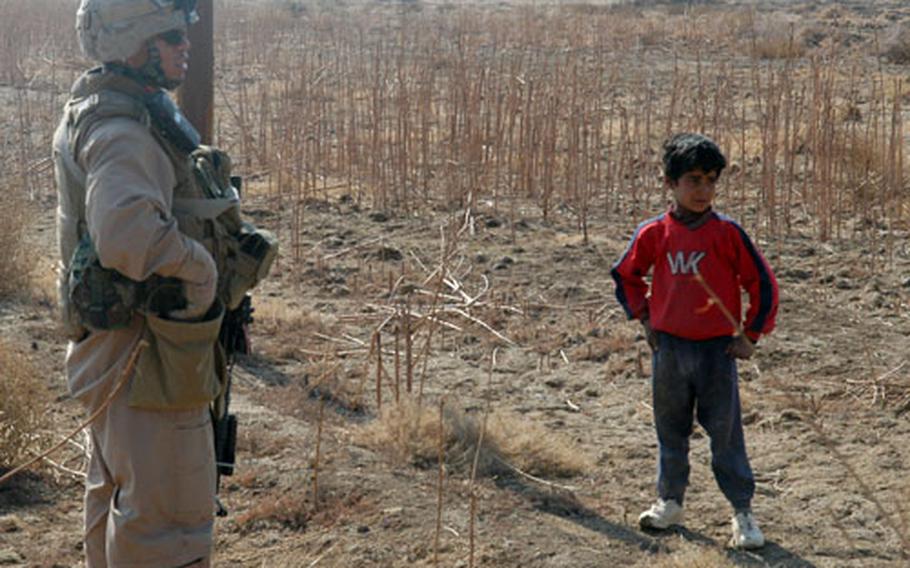 Sgt. Leodir Santos said he was initially thrown for a loop by the security improvements he saw in Fallujah during his current deployment here. While a massive change from previous tours here in 2004 and 2006, Santos said he&#39;ll do what needs to be done. “First deployment, if you tell me to kill somebody, I’ll put two shots in the head,” he said. “Now if you tell me to give some kids candy, there you go.” (Geoff Ziezulewicz / S&S)

Sgt. Leodir Santos said he was initially thrown for a loop by the security improvements he saw in Fallujah during his current deployment here. While a massive change from previous tours here in 2004 and 2006, Santos said he&#39;ll do what needs to be done. “First deployment, if you tell me to kill somebody, I’ll put two shots in the head,” he said. “Now if you tell me to give some kids candy, there you go.” (Geoff Ziezulewicz / S&S) 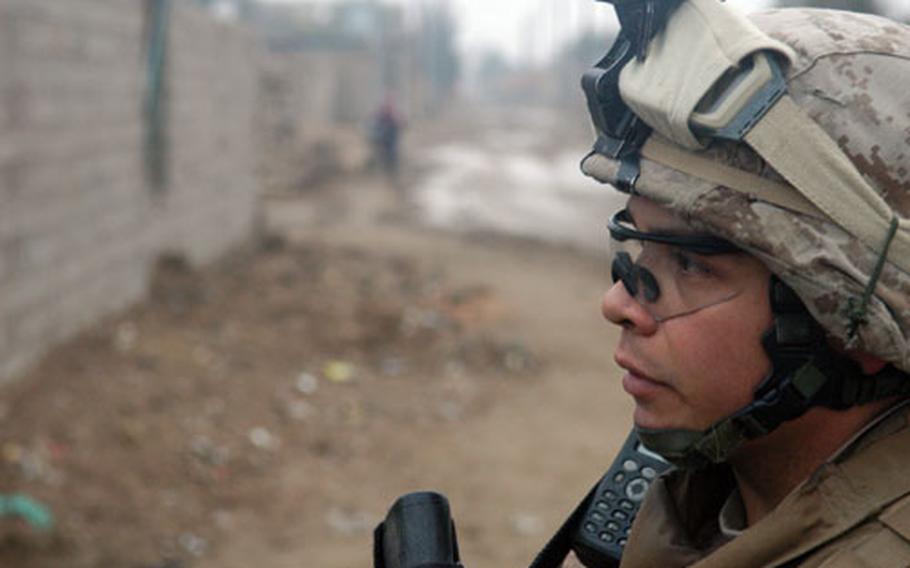 Sgt. Sergio Mucino is on his third deployment to Fallujah and his fourth overall tour in Iraq, and has seen the city tentatively move forward. (Geoff Ziezulewicz / S&S)

FALLUJAH, Iraq &#8212; Marine Sgt. Matthew Keenan&#8217;s third trip to this city was unnerving at first. But it had nothing to do with enemy contact.

You&#8217;ll have to excuse Keenan for being bowled over by such an innocuous circumstance. Keenan was in Fallujah before, when the only light came from fires and Marines in combat: He was here in 2004 during the Battle of Fallujah. And in 2006, when the enemy&#8217;s tactics had evolved.

Some men of 3rd Battalion, 5th Marines have seen the city at its lowest point and are witnesses now as Fallujah tentatively makes its way forward.

&#8220;I pretty much have a house here,&#8221; joked Sgt. Sergio Mucino, on his third deployment to Fallujah and fourth overall in Iraq.

Despite lingering issues involving electricity and water, Marines said the city&#8217;s peace outbreak is a vindication for those who have been here before.

&#8216;There were insurgents everywhere&#8217;Sgt. Leodir Santos, now on his third Fallujah deployment with 3-5, headed to the city in the late summer of 2004 knowing a fight was brewing.

Stationed at Camp Baharia outside the city, Santos was not in Fallujah for the first part of that battle in November, but he knew it was close.

One night, a round struck right outside his tent.

Meanwhile, Mucino was pushing through the city with Lima Company.

The residents had been told to evacuate before Marines went in, and Mucino said he remembers that there would be streets with nothing at all, but insurgents would swarm on other thoroughfares.

Before the fight, Santos remembers the exodus of city residents clamoring to get out before the Marines invaded.

On the tail end of the initial city fighting, Santos took part in a &#8220;mini-push&#8221; that targeted a stubborn area in the northeast of the city.

&#8220;Every room was either sprayed with M-16s or had a flash-bang or grenade thrown inside,&#8221; he said, adding that freezing nights were spent trying to sleep on rooftops. Guys were sleeping in the sweat-drenched clothes they had spent the day fighting in.

The city was empty for the rest of 2004. Santos said he remembers seeing huge packs of wild dogs and that&#8217;s about it.

Mucino, Keenan and Santos finished their deployment by the spring of 2005. But before they left, the people of Fallujah were allowed to return in January.

Roads become perilousIn early 2006, the 3-5 Marines returned to the city. Their peril now lay in the roads they traveled.

Regardless of where they were in and around Fallujah, Santos, Mucino and Keenan all said that roadside bombs plagued that second deployment.

The frustration of not being able to secure 800 meters of road between Camp Fallujah and Camp Taqqadum was infuriating during that second deployment, Santos said. He remembers between 25 and 30 vehicles being blown up.

Mucino is at a loss to remember exactly when he got back, only that he made it home in time for his birthday, around the end of September.

Talking to peopleNow Keenan, Santos and Mucino are in Fallujah again, here with Lima Company until May. And again, things changed while they were gone.

Santos said he has no problem with the change in orders.

Ever mindful of the past, Santos said Marines must keep making progress in Fallujah, to honor the fallen and to bring eventual closure to the mission here.