For troops in Iraq, 'just another wonderful day in the neighborhood' 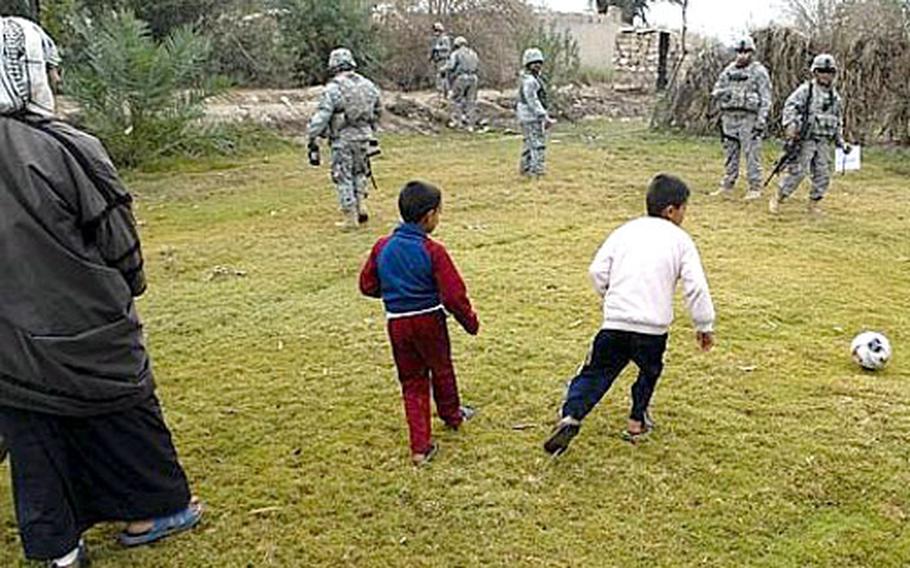 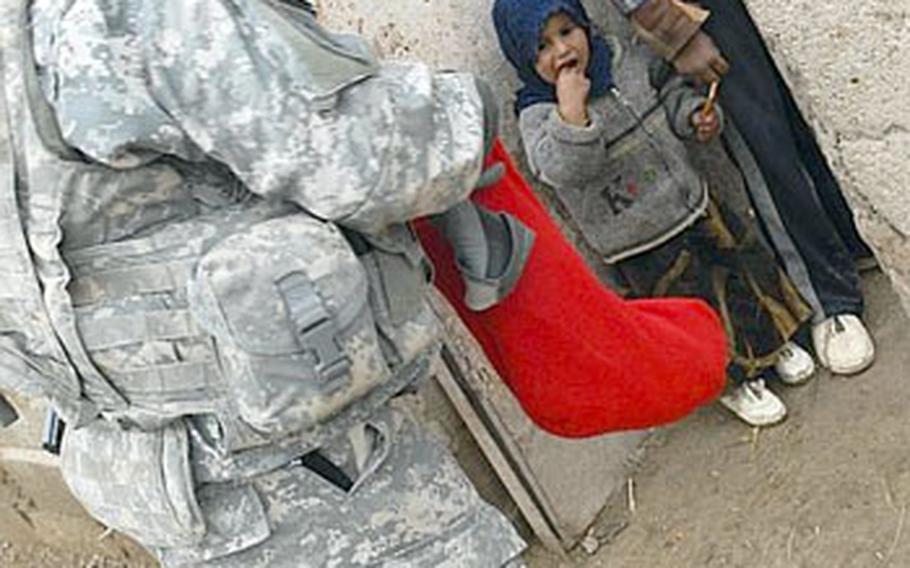 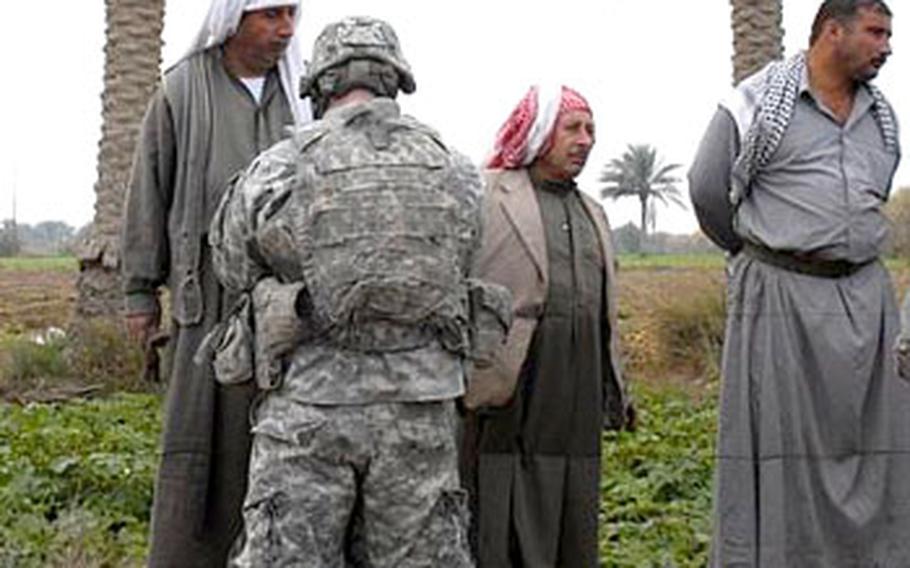 FORWARD OPERATING BASE MAHMUDIYAH, Iraq &#8212; Christmas Day broke pale and cold over this base just south of Baghdad and the platoon of North Carolina National Guardsmen headed out in their Humvees early. Along the road they passed clusters of pilgrims carrying green and black flags.

The pilgrims, of course, weren&#8217;t there for Christmas, but rather for Ashura, the Shiite holiday commemorating the martyrdom of the Prophet Muhammad&#8217;s grandson, Hussein, that draws hundreds of Iraqis to the city of Karbala.

The Americans weren&#8217;t exactly there for Christmas either, and after a few miles they left the pilgrims&#8217; route. For the next few hours, they trundled along dirt roads beside irrigation canals, passing palm groves and fields of alfalfa and potatoes. Families working the fields stopped and stared, farm implements hanging from their hands. In places, children came running, hoping for candy or, best of all, a soccer ball.

Their first stop was a cluster of houses next to a crowded cow pen.

Staff Sgt. Reese Jacobs Jr., 50, of Pembroke, N.C., handed out candy and items such as toothpaste and Slim Jims from a red and white stocking while the platoon leader, 2nd Lt. Saquang Lam, asked a few questions of two men.

Neither knew anything about three brothers believed to have something to do with a bomb-planting network. The Americans took the men&#8217;s names and did their best to get retinal photographs and fingerprint scans, though one of the men complained of glaucoma and said he&#8217;d had his eye photographed less than a year before.

Though American troops across much of Iraq have curtailed their patrols, this platoon, part of Company A, 120th Infantry Regiment, 30th Heavy Brigade Combat Team, is still at it.

The Americans bumped down a windy road and arrived at a farm that was handsome and well-kept, with a yard and a fence and flowers.

The owner said he didn&#8217;t know anything about the brothers either, though he knew a man with the same name as one of them. But that man was from a different tribe, and had died.

The farmer offered the Americans tea made from boiled river water. They drank it.

The platoon stopped at a couple of potato fields where families were out harvesting.

The men came forward and one by one held open their eyelids for the retinal photos. One man pulled up his clothes to reveal a bulging hernia.

The Americans wished him the best and continued on along the canals and the beds of whispy-headed reeds, later rejoining the highway and the pilgrims.

They returned to base around 2 p.m. The sun had come out. There was a football game going on, a Christmas meal later in the afternoon, church for those who wanted it.

Burgess was excited about a go-kart that he&#8217;d gotten his 6-year-old brother.