For 'The Rock,' a long year ends 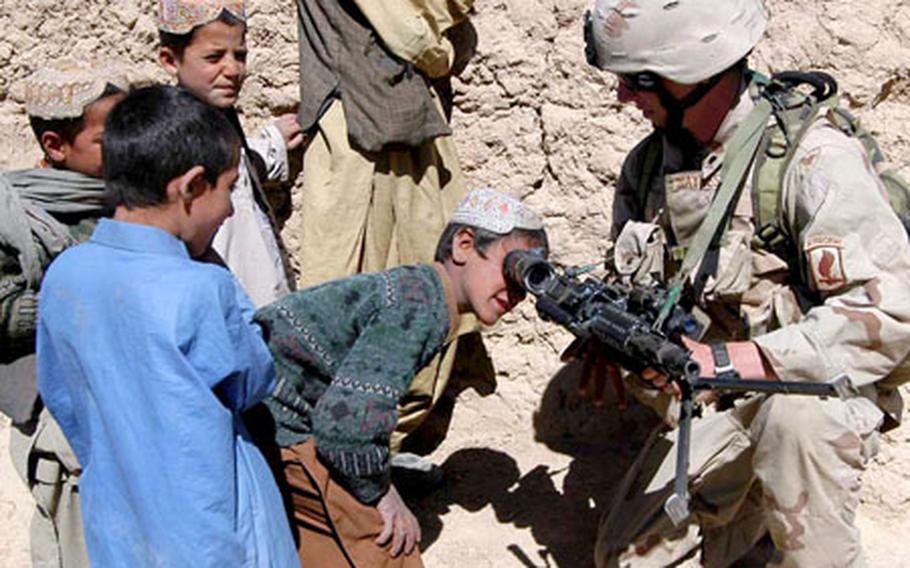 Spc. Steven Haynes of Company B, 2nd Battalion, 503rd Infantry Regiment, 173rd Airborne Brigade lets local children take a look through the scope of his weapon on a recent patrol near Forward Operating Base Lagman, Afghanistan. The 503rd is wrapping up its year-long deployment to the country. (Michael Abrams / S&S)

Spc. Steven Haynes of Company B, 2nd Battalion, 503rd Infantry Regiment, 173rd Airborne Brigade lets local children take a look through the scope of his weapon on a recent patrol near Forward Operating Base Lagman, Afghanistan. The 503rd is wrapping up its year-long deployment to the country. (Michael Abrams / S&S) 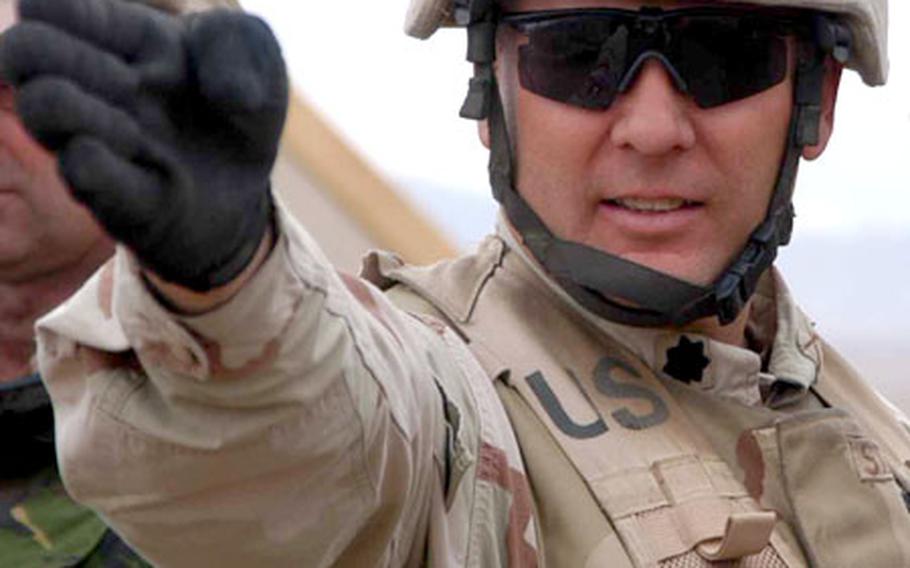 Lt. Col. Mark Stammer says the 2-503 spent about 90 percent of its year in Afghanistan engaging in diplomacy. (Michael Abrams / S&S)

No other American battalion had been deployed to the province for a full year before the soldiers from Vicenza, Italy, arrived in April 2005.

Now that year is coming to an end. By Wednesday afternoon, all but a handful of the 2-503 soldiers had left the 10 forward operating bases they&#8217;d called home for the past year.

More than 250 enemy combatants were confirmed killed, with another half that many likely killed, Stammer said.

Episodes of gallantry weren&#8217;t rare. Five soldiers from the battalion were honored with the Silver Star. Others have been nominated.

Eight soldiers were killed in combat &#8212; five from roadside bombs and three in firefights.

More than 50 others were wounded.

The memories will linger for a while.

That firefight, on May 3, is one that many soldiers list as the single most memorable moment of the year. After a scout element exchanged fire with about 40 Taliban fighters in the north of the province, it called for help. Elements from the battalion&#8217;s command and two platoons from Company C flew in on Chinooks.

Staff Sgt. Clint Mack, of 3rd Platoon, said it was his first action on such a scale.

Sgt. Conrad Begaye said a friend almost got to the battlefield too quickly. Begaye had to grab him to keep him from falling out of the helicopter. That was just the first of a bunch of close calls, though.

Another battle on June 21 resulted in 76 confirmed enemy deaths.

Stammer said soldiers spent about 90 percent of their time engaging in diplomacy, disseminating information to the people and supporting projects.

Between the battalion and the Qalat Provincial Reconstruction Team, Stammer estimates the U.S. put more than $17 million into the province. Together with engineers from the 173rd Airborne Brigade&#8217;s Combat Support Company, the battalion built a road from Qalat to Shinkay. Stammer said he was told by a truck driver that the new road and the absence of robbers reduced the price of a sack of flour from 4,000 afghani to 2,800 in Shinkay.

The battalion inherited four bases in the province. It left with 10. New schools, clinics and facilities for the local police were built.

The Afghan National Army and police now have bases in Qalat and throughout the province.

&#8220;We came over here to empower the government, extend its reach to all the people, provide a safer environment for the people to live in, and we did all of that,&#8221; Stammer said.