For special operations, a marker of success: Large Baltic exercise was barely noticed 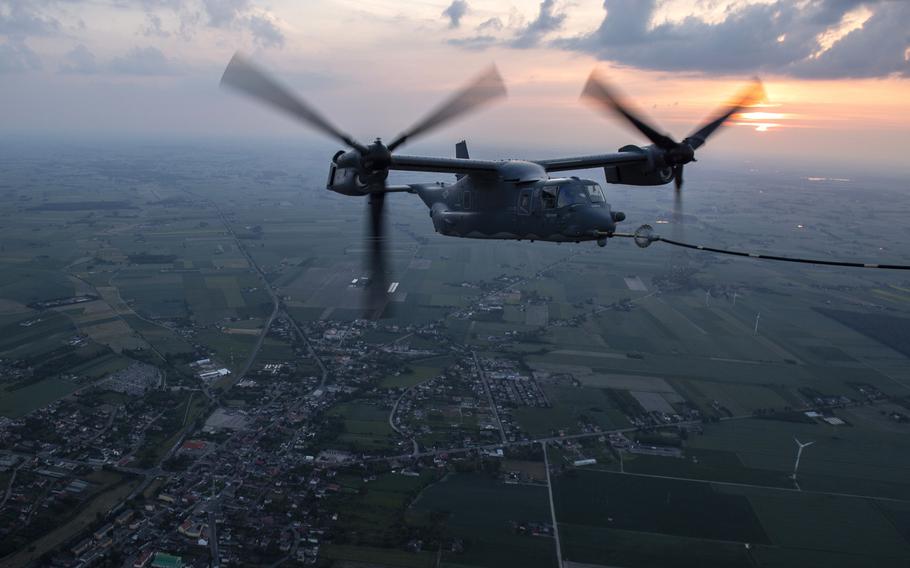 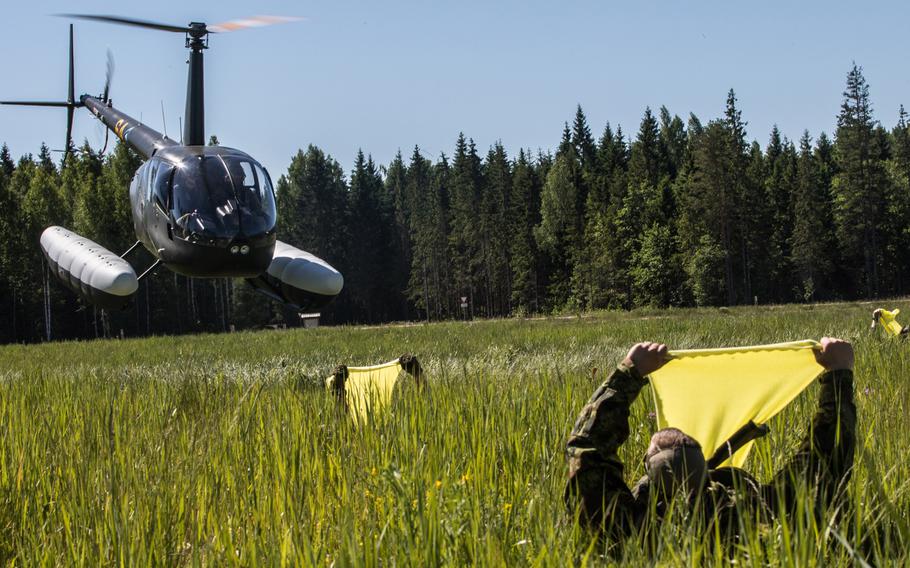 Members of the Estonian Defense League guide a helicopter to a landing zone during Trojan Footprint 18 near Kikepera, Estonia, June 3, 2018. ( Matt Britton/U.S. Army) STUTTGART, Germany — American commandos in Europe concluded one of their largest combat drills since the end of the Cold War on Friday, quietly bringing firepower to the Baltics as an example of the expanding U.S. special operations mission on the Continent.

“I believe with the new guidance coming to us strategically that we are going to see an increase in capability out here,” Schwartz said.

With Schwartz set to relinquish command next week, any influx in manpower will be overseen by the incoming SOCEUR leader, Air Force Brig. Gen. Kirk W. Smith. Schwartz is set to become deputy commander for the Joint Special Operations Command at Fort Bragg, N.C.

“I have some very smart Russia analysts within my team here, but certainly I don’t have the number I would like,” he said.

Also in the works is a plan to replace the command’s antiquated Patch Barracks headquarters building with a modern command center on post that’s fit for its expanded activity.

SOCEUR’s growing mission in Europe was reflected in the just-completed Trojan Footprint 18 exercise, which took place on the ground, in the air and in the Baltic Sea over a two-week span.

The war games involved the rapid deployment of special operators into the Baltics and Poland for a crisis-response mission. U.S. warplanes also took part, including F-16s and a B-1 bomber that conducted its first-ever live drop in Estonia.

The main aim was to deploy without attracting attention and to set up command structures capable of leading allies in the early stages of a crisis.

Unlike conventional military drills that involve distinguished visitor days and heavy media coverage, the SOCEUR exercise was designed to test the ability of commandos to operate under the radar.

“With what we’ve monitored in social media and intelligence, we’ve done a pretty good job of getting in (quietly),” Schwartz said.

About 2,000 special operations forces and armed forces from 13 countries joined the U.S.-led exercise, which is conducted every two years.

“It was a tenfold increase from 2016. We wanted to make this more rigorous and complex,” Schwartz said. “We were able to demonstrate a lot of capabilities that we have been working on the past couple of years.”

For special operations forces in Europe, the mission has returned to its roots as the military shifts its focus from counterterrorism threats to great power competition that puts countering Russia at the top of the agenda.

That means commandos must relearn some skills that have “atrophied,” such as building up paramilitary forces in contested areas and communicating without being detected by a high-tech foe, Schwartz said.

The efforts at SOCEUR fit into a broader U.S. European Command push to transform. EUCOM’s Gen. Curtis Scaparrotti has sought to pivot the headquarters from a peacetime footing to one that can carry out command and control in a high-end fight.

“At EUCOM — and the majority of allies and partners in Europe — they certainly look to this headquarters, and I know Gen. Scaparrotti does, to serve as the overall (special operations) operational headquarters in the event of a major contingency in Europe,” Schwartz said.