For some troops, Cobra Gold a Thai homecoming 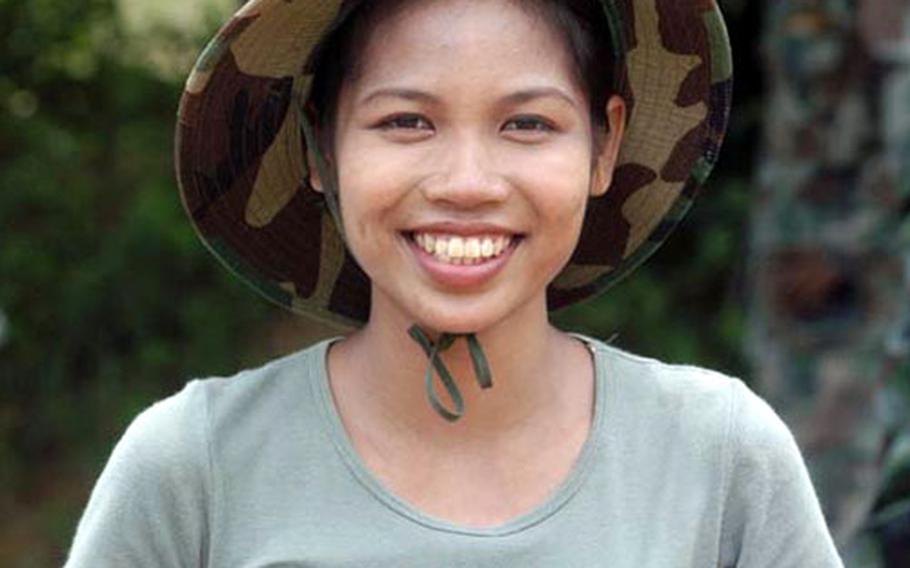 Former Thai Marine Angsana Panruska is working during Cobra Gold in Thailand as a translater. Her English skills and military background make her a perfect translator for the Navy EOD teams. (Juliana Gittler / S&S)

Former Thai Marine Angsana Panruska is working during Cobra Gold in Thailand as a translater. Her English skills and military background make her a perfect translator for the Navy EOD teams. (Juliana Gittler / S&S) 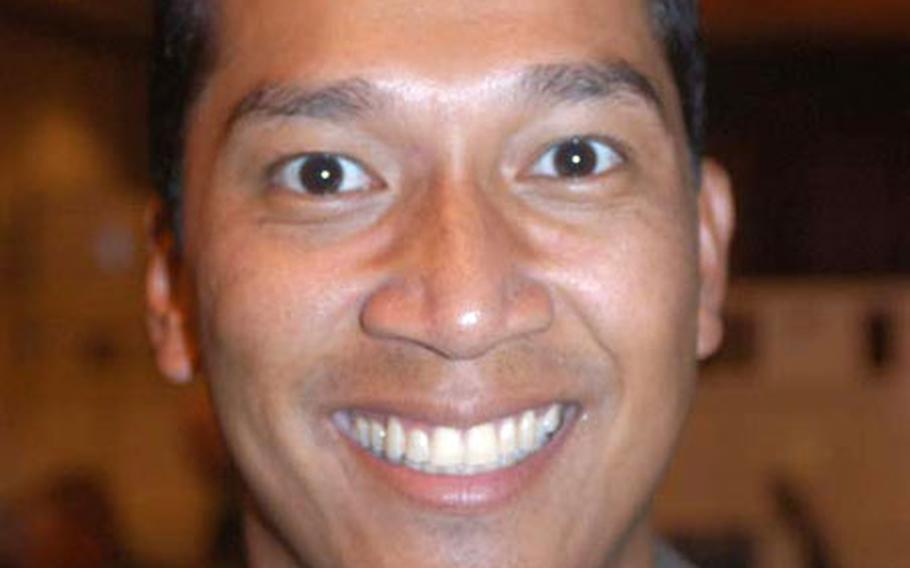 U.S. Air Force 2nd Lt. Paradon Silpasornprasit is working at Cobra gold, but he&#39;s also seeing his native homeland and much of his family for the first time. (Juliana Gittler / S&S)

But the 34-year-old officer also is seeing his homeland and much of his family for the first time.

Silpasornprasit was born in Thailand to Thai parents. When he was 3, his mother married a U.S. serviceman and they moved away. He hadn&#8217;t returned since.

His tale even made him a local celebrity. Silpasornprasit&#8217;s Cobra Gold role is as an Air Force public relations officer. But that, he indicated, didn&#8217;t prepare him for all the attention he generated after his story appeared on local television stations and in Thai newspapers. He&#8217;s now recognized almost everywhere he goes here.

Silpasornprasit brushes this off as his 15 minutes of fame. He figures people have stopped him on the street for photographs because he has the same first name as a famous Thai tennis player &#8212; Paradon &#8212; and at 5 feet, 11 inches, is taller than most Thais.

That, he said, and because Thais are proud to see one of their own become a U.S. military officer.

In Cobra Gold, Silpasornprasit also has been an asset overcoming language barriers with his Thai counterparts.

Silpasornprasit attributes his height to U.S. nutrition. &#8220;A lot of hamburgers and pizza,&#8221; he said.

Silpasornprasit&#8217;s regular military job is as chief of media relations for the 15th Airlift Wing at Hickam Air Force Base in Hawaii.

Angsana Panruska is working this Cobra Gold as a translator for the U.S. Navy explosive ordinance disposal unit, conducting combined training with the Thai Marines. But Panruska is a former airborne marine with six years and 250 jumps to her credit.

She left the service last year to attend college and start a business. But, she said, the thrill of Cobra Gold, in which she&#8217;s taken part the past several years, drew her back.

Working as a translator helps build her English skills and lets the 25-year-old stay with the action. Her military experience, she said, is helping her do the job. While on active duty, Panruska learned jungle survival and rescue jumping while working at the Thai marine airborne school.

In all her jumps, she was hurt only once, by a burn that left a large scar on her right forearm &#8212; which Panruska shrugs off as nothing serious. She&#8217;s glad to own a small business and be a student now, she said, but there&#8217;s a lot she misses.

Other translators take part in Cobra Gold to polish their English skills. Wearing flack vests or donning earplugs during live-fire exercises are just bonuses to the job.