For Marines, leaving Fallujah is bittersweet 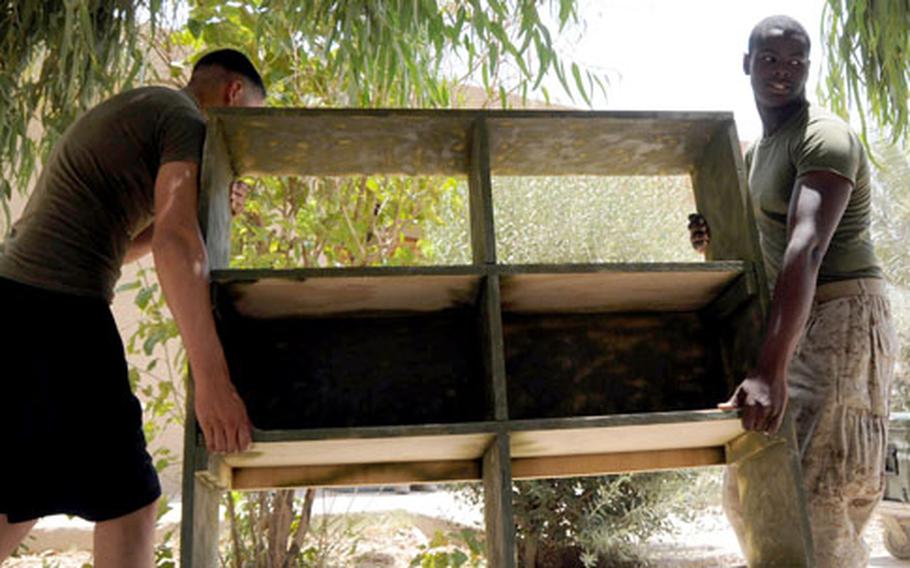 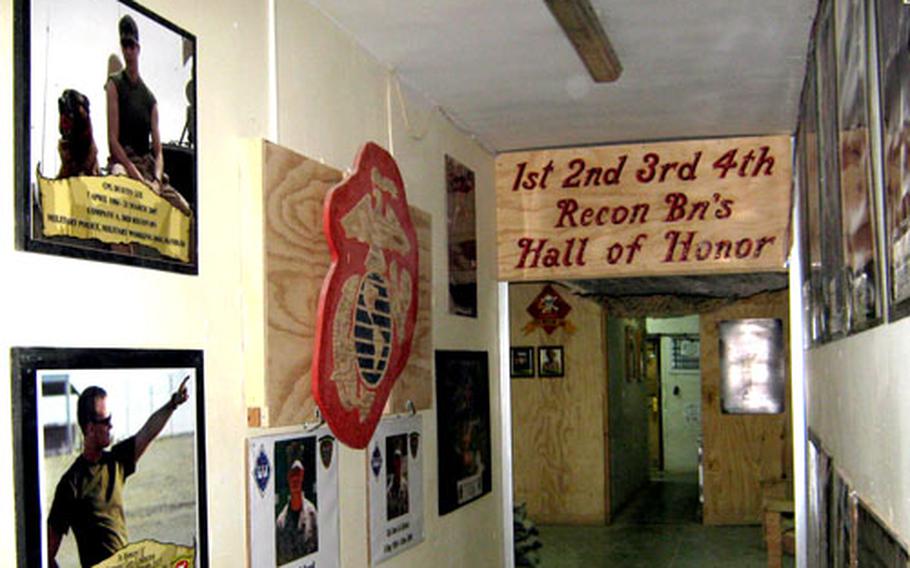 In the years that Marine reconnaissance battalions have been headquartered at the same compound on Camp Fallujah, they created a home that includes this memorial. (Cindy Fisher / S&S)

FALLUJAH, Iraq &#8212; For the Marines, returning the Camp Fallujah area to Iraqi responsibility is a sign of progress.

But leaving the base, which has served as reconnaissance headquarters since 2004, is also a bittersweet step.

And there have been sacrifices.

"Every time I walk past Fallujah Emergency, I can&#8217;t help but think about the late nights waiting for our Marines to come in and find out if they are going to be all right," he said. It&#8217;s a walk he has to make several times a day.

The area is quieter now, but has had a violent recent history. The battle to take Fallujah in 2003 was one of the bloodiest of the war and it remained a hotbed of insurgency in subsequent years. The area was still restless during 3rd Recon&#8217;s last deployment here from September 2006 to April 2007, and recon Marines were constantly outside the wire conducting missions.

"Before, everyone tried to engage you," Sgt. Brian Wells, 25, from Fairbanks, Alaska, said of a 2004 deployment to Fallujah. "Now, you are more of a mediator. There are bad guys out there, but less of them."

"The shady character now could just be the guy stealing chickens from his neighbors," he said, adding it&#8217;s up to Iraqis to police those types of issues.

Third Recon will move to Al Asad Air Base by the fall. The relocation is a sign of the stability in the Fallujah area and the readiness of the Iraqis to accept responsibility for this area, Pickering said.

But some recon Marines have mixed emotions. Over the years, they&#8217;ve built a home here. Each battalion has added to the compound, always leaving it a little better for its successor, Pickering said.

It was particularly hard to take down their Hall of Honor, although it will be rebuilt at Al Asad. The memorial was started by 3rd Recon in 2006 and each battalion has added its own touches.

Leaving Camp Fallujah is tough, Pickering said, but "you have to have a plan to be able to pull back, provide over-watch and then leave. We&#8217;ve been here for the last five years; now it&#8217;s the Iraqis&#8217; turn to take control of their country."