For Lenny Kravitz, life is music 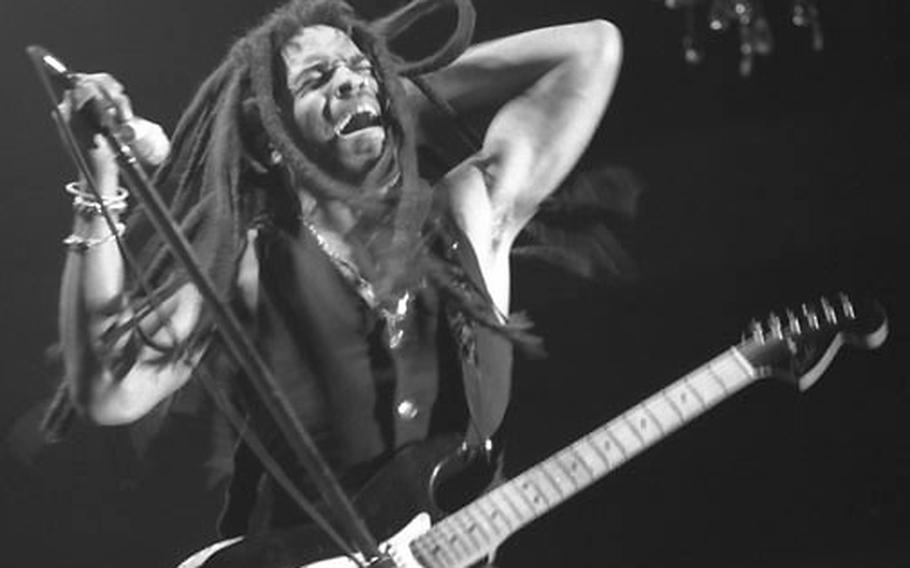 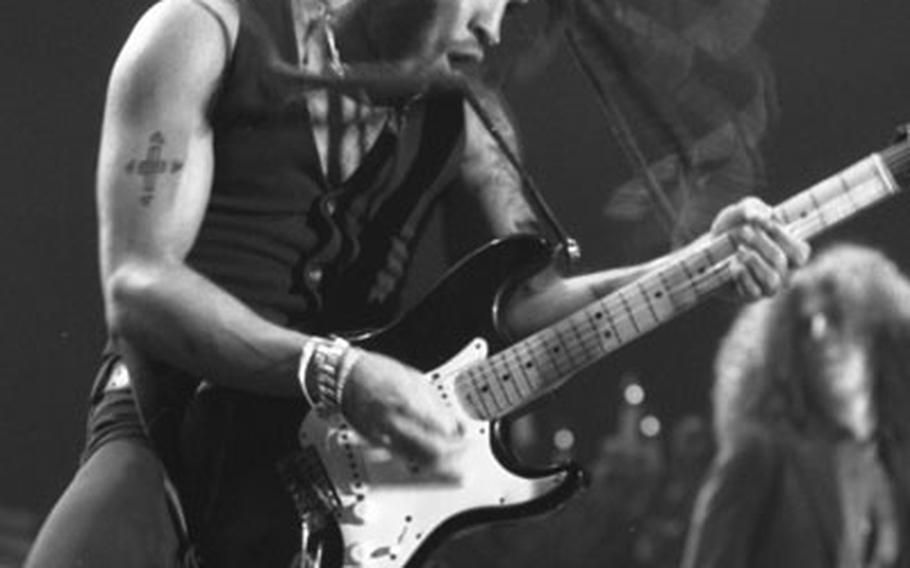 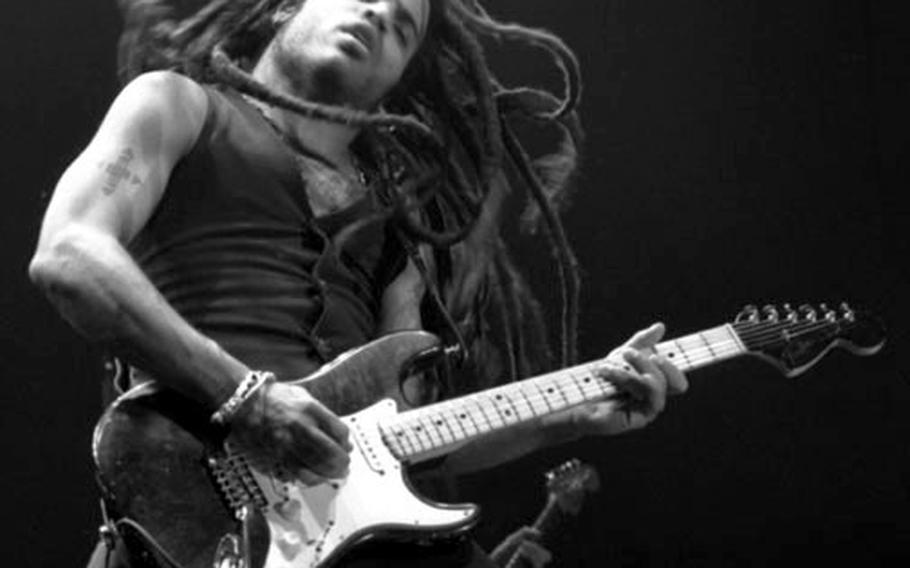 Lenny Kravitz at the Festhalle in Frankfurt Germany, March 20, 1996. (Michael Abrams/Stars and Stripes)

There is little about Lenny Kravitz's personal struggles and triumphs that he doesn't reveal in his songs.

"My music is a form of art &mdash; inspired by life," Kravitz said in an interview before a concert last week at the Festhalle in Frankfurt, Germany.

At 31, he displays a maturity in his spirituality, music and staying power that is nostalgic of the great musicians of the '60s and '70s. And while critics may miss a lot of what Kravitz is saying in his music, he forges ahead like a true artist, refusing to sacrifice the purity of his sound.

"Much of today's music reflects society's move to a cold, impersonal sound without soul," Kravitz said. "My music is natural. I refuse to make a record that doesn't have heart and soul ... something with meaning."

He sees no barriers between musical eras or "time zones," as he calls them. Kravitz believes his music is as modern as it gets, but without the needless technology that bogs down much of mainstream's music.

And no matter how much commercial success he may achieve &mdash; or not achieve &mdash; Kravitz said he is bound to stick to the development and growth of his music and nothing more.

Kravitz doesn't attribute the mixed reviews of his latest release, Circus, to anything but the diversity of society's taste.

"With Circus, I wanted a big drum sound ... I wanted them to bounce off the walls. I wanted a open sound with less production and big drums," he said.

Often compared stylistically to Jimi Hendrix and John Lennon, critics claim Kravitz takes too much from other artists to create his own repertoire. He attributes this to the influence of music itself.

"There are so many sounds in my music. It crosses so many categories of old and new ... it's a bit of everything," he said.

Kravitz's varied musical upbringing ran the gamut concentrating in his early days on classical and jazz sounds studying at the Duke Ellington School of Music in the upper East Side of Manhattan. He draws from a broad base of styles which is evident in the blues, funk, reggae and cajun-folk influence of his music.

"My music runs from Motown to classical," he said.

In between concert tours and studio dates, Kravitz finds himself hanging out in the French Quarter district of New Orleans. The feel of the city and its mix of musical styles and talents keep luring him back.

"It's everything there ... the music, the history, the talent. Everybody is talented down there. Cab drivers have more talent in New Orleans than anyone on the charts now," Kravitz said.

It's from the Crescent City that Kravitz's has begun work on a new release about his mother, stage and television actress Roxy Roker, who died recently.

"I've gotten the music together and some of the lyrics for my next release, which I'll finish in New Orleans," he said.

As Kravitz uses the past to weave a tapestry of lyrics, he stays focused on the future of his 7-year-old daughter from a previous marriage to actress Lisa Bonet.

"She plays the drums and flute and will pass me up in a few years," Kravitz said about his daughter's musical ability.

"She thinks it's really cool that I play, and she keeps asking me when will she be able to join me at another concert."

At the Frankfurt concert, Skunk Anansie, a British group, opened for Kravitz with a zigging punk sound and screeching vocals.

The group's pounding drum and electric guitar overpowered much of the lyrics that were barely audible during the hour-long rantings of this group. High on energy, the lead singer bounced about the stage just as the music and lyrics seemed to bounce around without reason.

Most fans seemed to bide their time until Kravitz took the stage. Skunk Anansie's raw, disjointed musical style hardly seemed the right match to pair with a talent like Kravitz.