For Kitty Hawk crew, the battle also is with fatigue 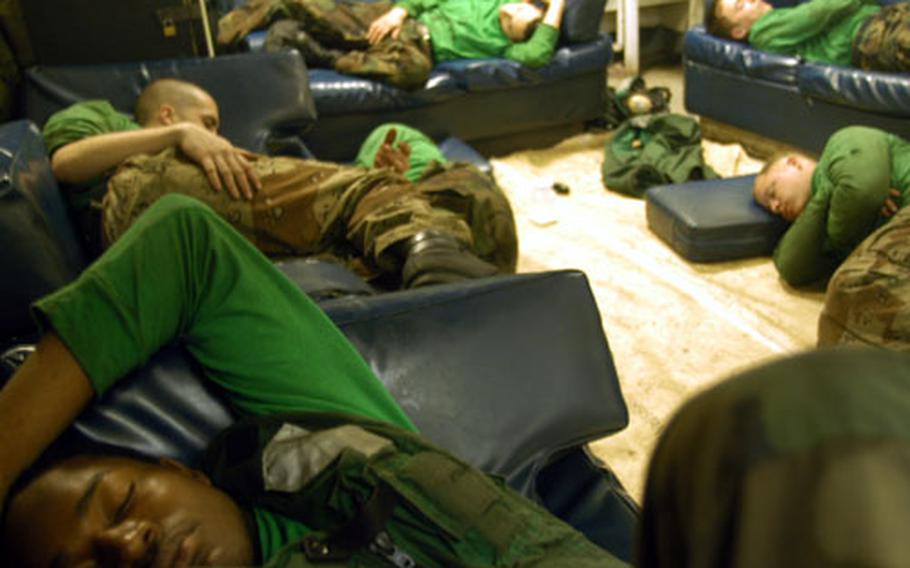 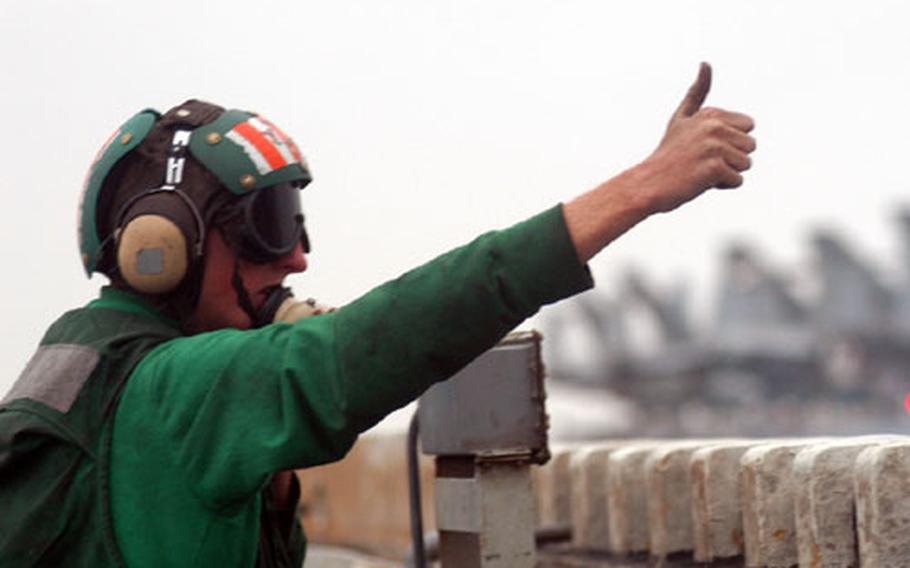 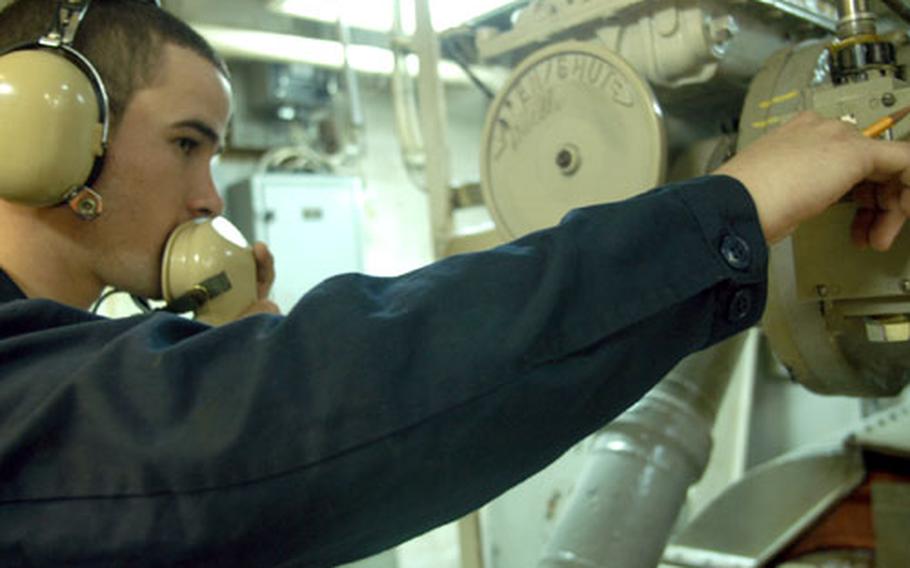 Airman Kevin Barton, an aviation boatswain&#39;s equipment mate, dials in the weight of an aircraft in the arresting gear engine room on the USS Kitty Hawk. (Kendra Helmer / S&S)

As a deck edge operator, he pushes a button that catapults multimillion-dollar aircraft off the flight deck. He says that while it&#8217;s a cool gig, he didn&#8217;t realize what he was getting into: 18-hour days, seven days a week.

&#8220;I just try to grab a catnap here and there,&#8221; he said, looking a bit tired after several hours of launching planes headed for Iraq to support ground troops in Basra.

Throughout Friday night and until 4 a.m. Saturday, about 100 planes, loaded with GPS and laser-guided ordnance, thundered off the flight deck.

And things were to get busier the following days. Flights were to increase by about 30 sorties Saturday, said Lt. j.g. Nicole Kratzer, Carrier Air Wing 5 spokeswoman.

While the increased flights mean a faster pace for many of the 5,500 sailors on the carrier, it didn&#8217;t necessarily change the working hours for the catapult and arresting gear folks.

There are more than 200 aviation boatswain equipment mates who work with the catapults and the arresting gear &#8212; a wire that is 1 and 7/16-inches thick that &#8220;catches&#8221; the 60,000-pound aircraft when they land. Since Jan. 20, the carrier has launched more than 3,150 planes, originally as part of Operation Southern Watch.

At 5 a.m., as he planned maintenance after the flights had ended, several sailors slept on couches and on the floor in a nearby lounge.

Despite the long hours, Klostermann said he enjoys the job.

While the catapult crew has been putting in long hours, the arresting crew actually got a break when the air campaign started.

Chief Petty Officer Fred Malavolti&#8217;s 30 sailors normally pull 18-hour shifts. But Malavolti took advantage of the extended time in the Gulf before the war to better train his crew.

&#8220;Our problem was we hadn&#8217;t had a lot of sea time,&#8221; he said. During the two straight months they&#8217;ve spent at sea since leaving Yokosuka, Japan, several sailors have gotten qualified to work more arresting gear jobs.

At 2 p.m. Saturday, Petty Officer 2nd Class Jeremy Frost, 21, was finishing up a shift that started at 11 p.m. Friday.

Frost said the long hours are worth it, even though there&#8217;s no end in sight.