For Golsandong residents, all roads run through Camp Casey 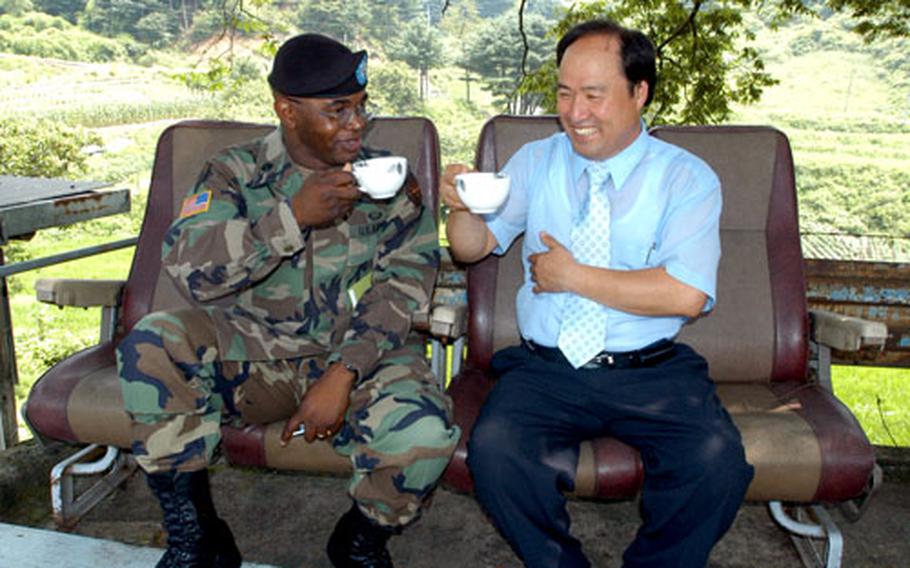 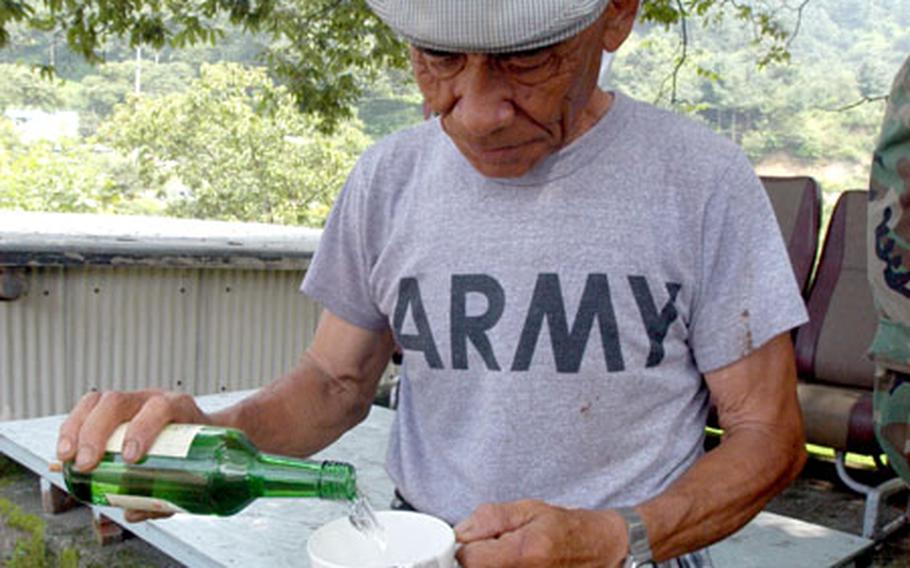 CAMP CASEY, South Korea &mdash; Tucked a few hundred yards outside the base fence is a hamlet few soldiers who serve here know about.

But residents of Golsandong Village know Camp Casey well &mdash; they have to drive through the U.S. Army base to get anywhere else in South Korea.

Residents have passes that allow them to drive to their homes, which lie in an isolated valley to the east of the base that can be reached only by a road from Gate 11.

The passes allow them 24-hours-a-day access through Camp Casey&rsquo;s front gate, but require them to drive directly to Gate 11 without visiting any of the on-post facilities such as the post exchange or clubs, according to Tony Vicente, assistant to Camp Casey Garrison Commander Lt. Col Terry D. Hodges.

Hodges said he never heard of the village during a previous 18-month tour to Camp Casey from 1989 to 1990.

Before the Korean War, the village occupied the valley where Camp Casey is built, Mayor Kim Kwang-su said. During the war the area was the site of many battles and the villagers became refugees. Those who returned rebuilt in the present location.

The camp&rsquo;s guard towers overlook the farming community, which includes 48 houses and 116 residents, most of them elderly. Fields of corn, peppers, other vegetables and flowers that bloom brightly on a hot summer day surround their homes.

Kim&rsquo;s brightly painted house includes a pleasant garden where, by his count, 20 dogs of various shapes and sizes relax underneath a giant shade cloth.

Residents enjoy the peace and quiet, clean air, security and closeness to their ancestors, the mayor said.

People have lived in the area for hundreds of years, but the village was administratively recognized in 1914. The village includes a community center and a small Buddhist temple. The schoolhouse was demolished years ago and only one school-aged child lives there now. Families with children prefer to live close to schools in Tongducheon, Kim said.

Golsandong&rsquo;s oldest resident, Paek Mun-kwan, 71, has lived there since 1962 and worked on-post at the Hanson Field House for a decade. Paek was born in North Korea but fled south during the Korean War, he said.

Today he grows vegetables in the fields around his house and enjoys a sip of soju, a popular South Korean alcoholic beverage, in the afternoon.

Seven or eight residents work on post for the Department of Public Works and as security guards; others commute into Tongducheon to work. Soldiers rarely visit, although some occasionally hike in the area, Kim said.

&ldquo;It is a quiet place away from home and the people treat you like you are one of the family,&rdquo; Hodges said after sipping a cool drink and snacking on kiwi fruit and pineapple at Kim&rsquo;s home.

Vicente said relations between the garrison and village residents are good &mdash; apart from the occasional problem with gate access.

&ldquo;Sometimes gate guards don&rsquo;t recognize the unique access rules we have for the residents and you have to intervene to explain to them what the rules are,&rdquo; he said.