For DODDS pupils, vacation is history 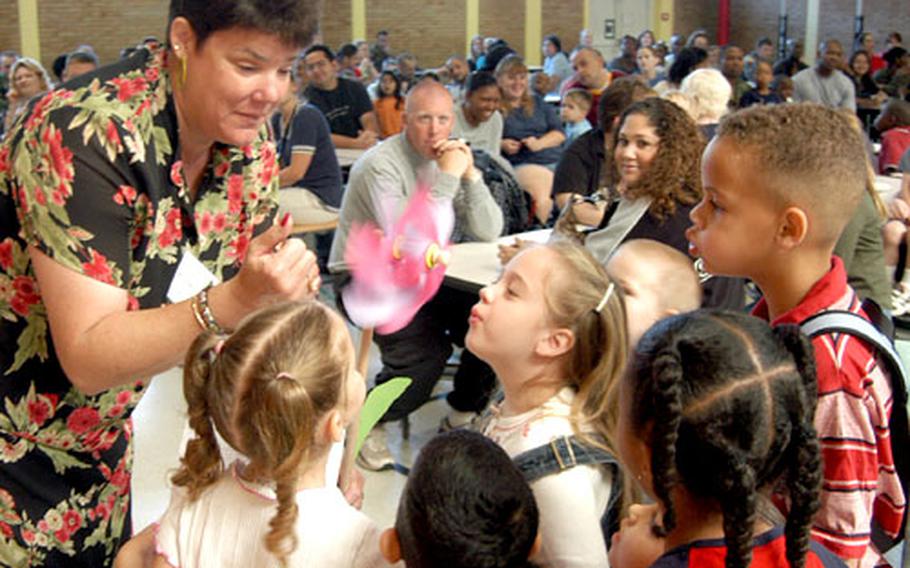 Kindergarten pupils blow on a pinwheel — signifying the winds of change — held by principal Shawne Cryderman at an assembly with parents before the first day of school at Mannheim Elementary. (Michael Abrams / S&S)

Kindergarten pupils blow on a pinwheel — signifying the winds of change — held by principal Shawne Cryderman at an assembly with parents before the first day of school at Mannheim Elementary. (Michael Abrams / S&S) 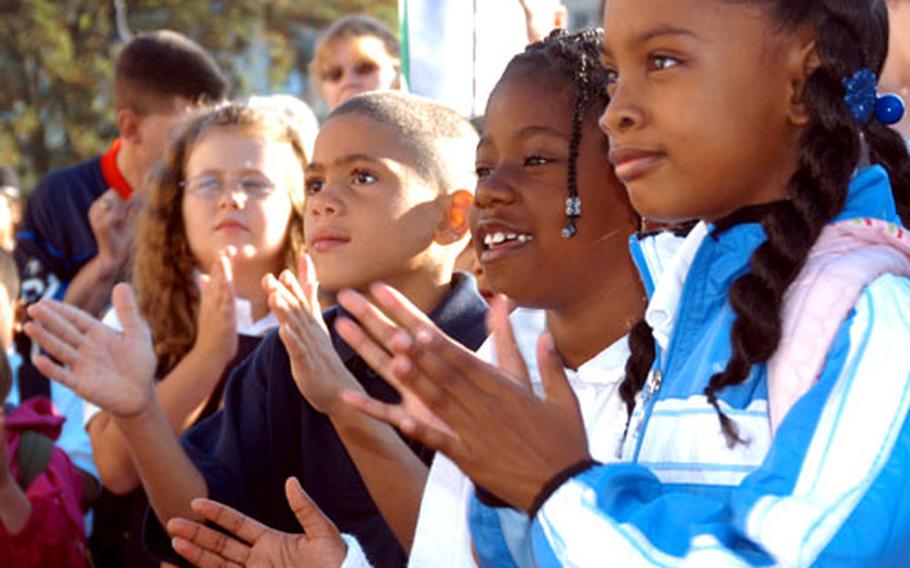 Mannheim Elementary School pupils clap along with principal Shawne Cryderman before she sends them off to class on the first day of school. (Michael Abrams / S&S) 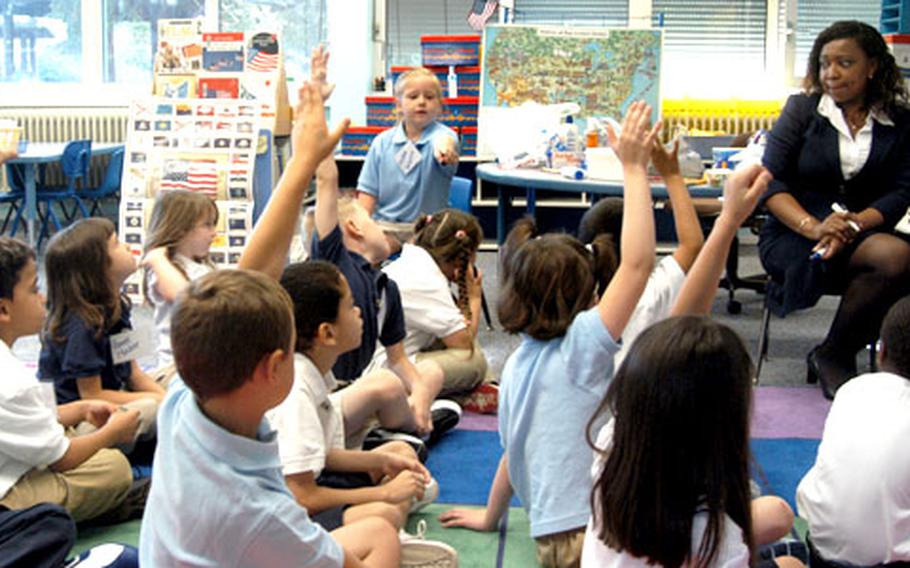 First-grader Meghan Sampson, center, chooses a classmate to answer a question, as they go over classroom rules with teacher Cheryl Williams on the first day of school at Mannheim Elementary (Michael Abrams / S&S) 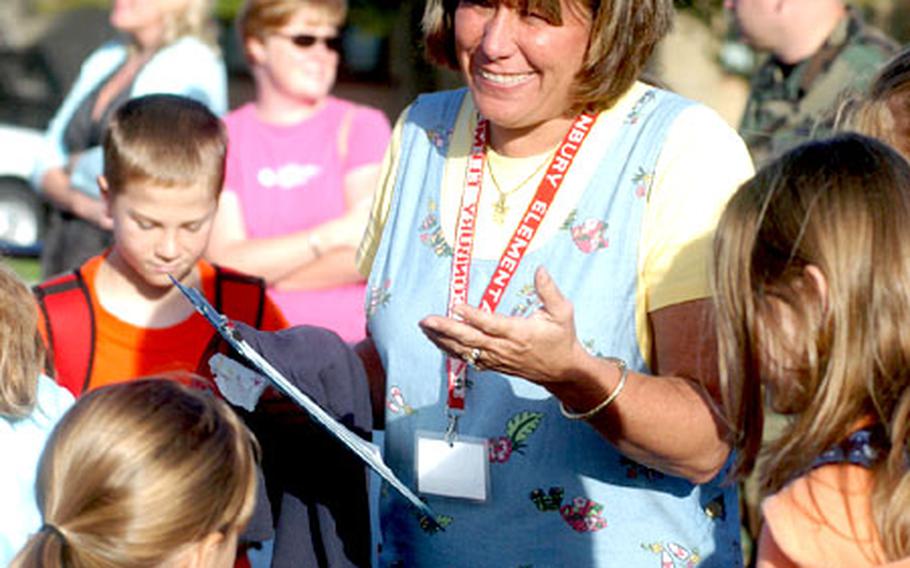 Penny Butler, who teaches fifth and sixth grades at Alconbury Elementary School, RAF Alconbury, England, greets some of her students Tuesday on the first day of school. (Ron Jensen / S&S) Andrew Luong, a fifth-grader at Alconbury Elementary School, RAF Alconbury, England, holds a sign telling his classmates where to congregate before the school&#39;s first day of classes on Tuesday. (Ron Jensen / S&S)

Summer came to a screeching halt Tuesday morning as 47,500 children woke up early for the first time in months and frantically prepared for school.

Though each Department of Defense Dependents Schools had different first-day events, many pupils began the school year re-acquainting themselves with the school grounds and old friends, and getting to know their teachers.

Outside Alconbury Elementary School at RAF Alconbury, England, children lined up by class waiting for the first day of the school year to begin.

Standing in front of the line of first-graders was John Flannery, 6, son of Maj. Jerry Flannery and his wife, Misty.

Like many other children across Europe, John &#8220;was a little nervous but excited to see his friends,&#8221; according to his mother.

At Mannheim Elementary School in Germany, the new principal, Shawne Cryderman, spent part of the first day getting to know parents and teachers.

Cryderman, who has been with DODDS for the past 25 years and in administration for the past 13 years, briefed parents and pupils on the &#8220;winds of change&#8221; that are blowing through her school. The wind involves children always coming first and schools helping when military or family life gets tough.

Most Mannheim pupils came armed with necessary school supplies, but those who forgot some of the items where allowed a one-day pass.

Some of these silly mistakes included forgetting to register the child, not knowing the child&#8217;s class, not getting school supplies, or not buying school uniforms.

&#8220;I was so excited with getting her back to school that I forgot some of the little things. Now I&#8217;ll have to rush to the PX to pay for lunch and pick up some school supplies.&#8221; The Army and Air Force Exchange Service runs the school lunch program and parents can buy lunch coupons at the PX.

Jamie knew not to sweat the small stuff, having already learned the first-day ropes during her previous years in school. But younger and more saucer-eyed pupils began sweating a little when they were separated from their parents and taken to their classrooms.

Joung-Ae Hill, mother of Allison, 5, said though her daughter has an older sister and friends in school, she was still worried about her youngest beginning kindergarten.

Even at DODDS high schools, where most students have pushed past those first-day jitters, there was a sense of anticipation Tuesday.

The enrollment at Alconbury will be about 210, resulting in the kind of small-school atmosphere Smith said he likes because it allows him to know every child.