For DODDS-Pacific, a new year and a new start 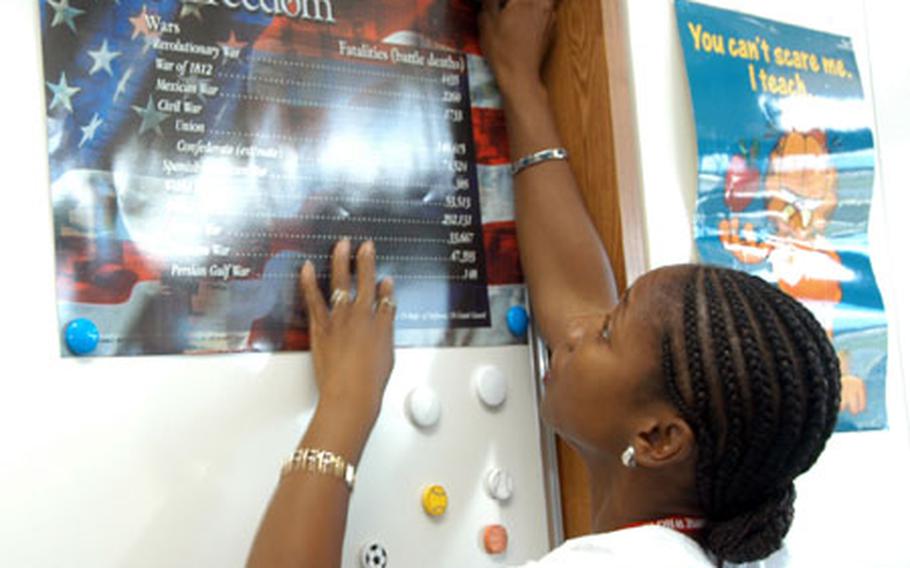 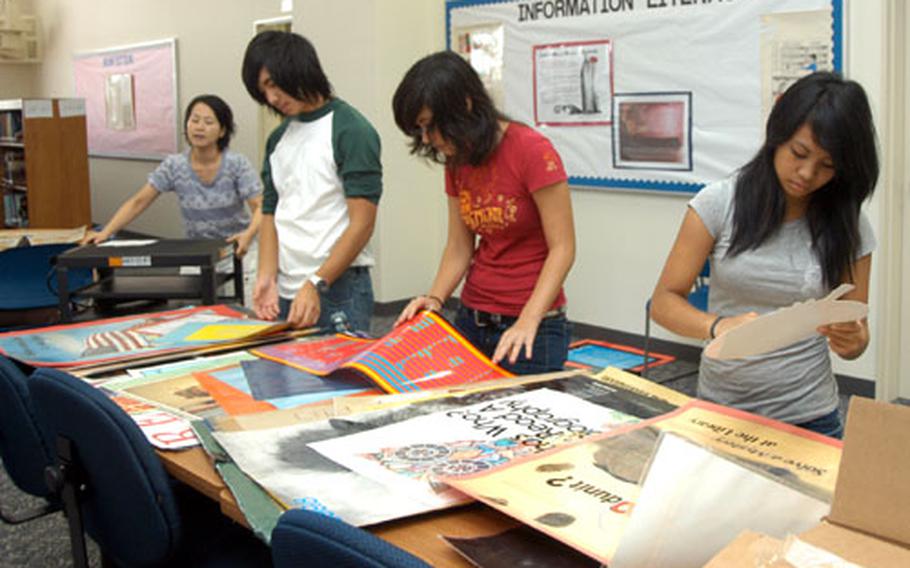 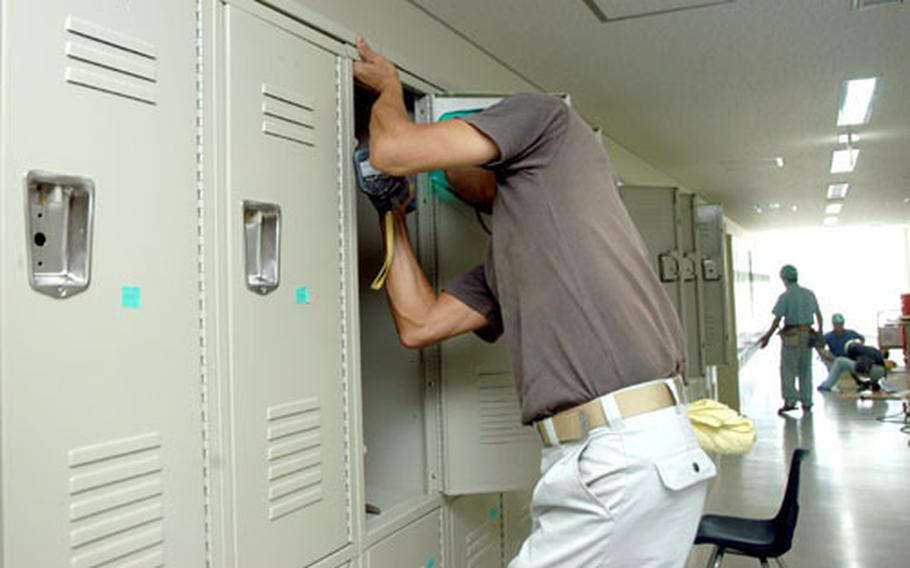 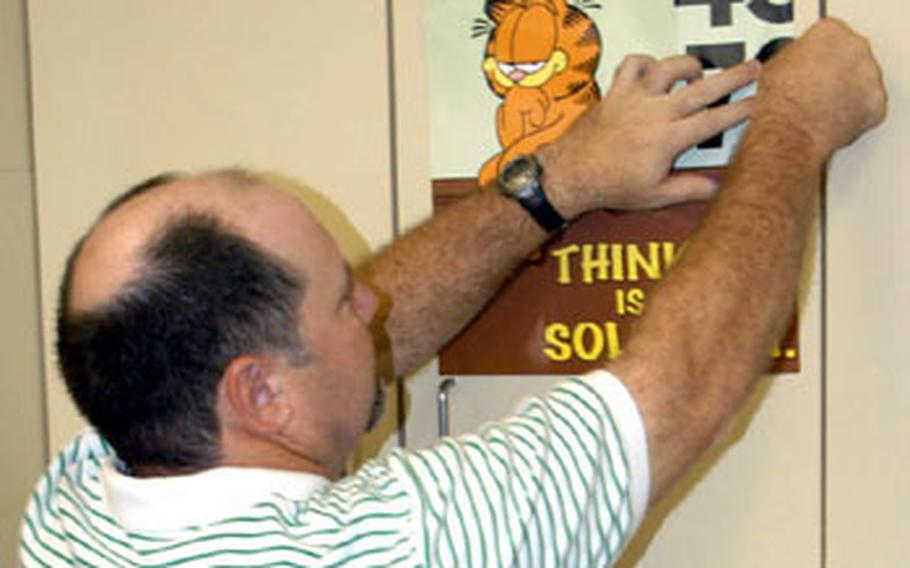 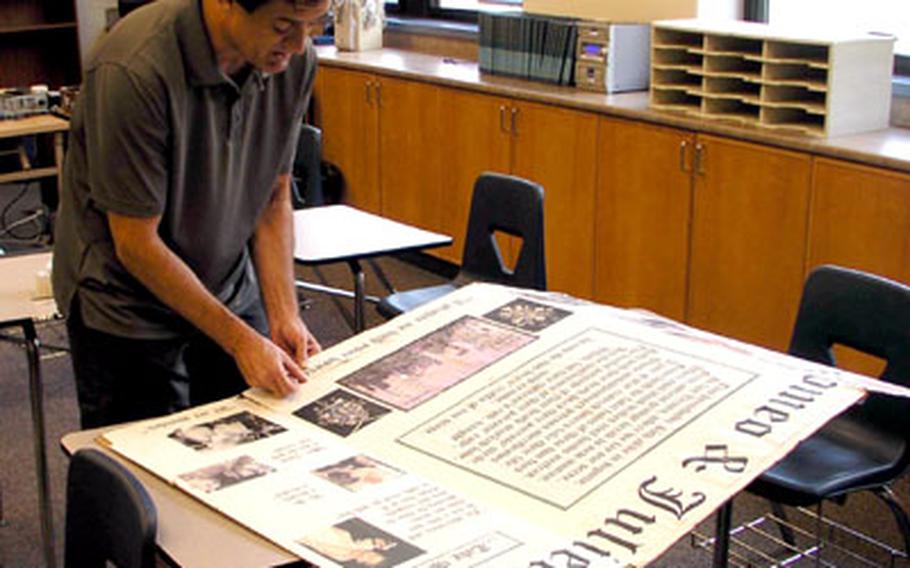 Schools look to build on success of foreign language program

The new school year means a fresh academic start for the nearly 24,000 students expected to file through the hallways at base schools across the Pacific.

While few major changes are in store, tracking student achievement continues to be a top priority, said Nancy Bresell, director of Department of Defense Dependents Schools-Pacific and Domestic Dependent Elementary and Secondary Schools-Guam.

That goal is one of four outlined in the Department of Defense Education Activity&#8217;s Community Strategic Plan, implemented two years ago.

Parents will be able to track their kids&#8217; academic progress through the Internet program "Grade Speed." The Web site portal allows parents to access their children&#8217;s weekly grades, assignments, tardy reports and attendance, she said.

The program was introduced last year for sixth- through 12th-graders on a voluntary basis, but now will be Pacific-wide for fourth through 12th grades, Bresell said, adding that report cards can be accessed via e-mail for students in those grades.

Students can also access assignments and projects missed because of sick days or doctor&#8217;s appointments, she said.

The Korea school district will continue an elementary school math initiative for second- through fifth-graders in which math-support specialists coach teachers on ways to improve instruction.

"It will make it easier for students to understand and make sure teachers are providing the best means of learning to students," he said. "Some like visual demonstrations, others learn auditorily."

"We want to put interventions in place to improve their scores," Derr said.

A Pacific-wide literacy project is also in place to train teachers on strategies for improving reading levels among elementary school students, Bresell said.

Literacy support specialists, assigned to all Pacific elementary schools, work with students to tackle their reading and writing issues.

"It&#8217;s a three-tier project to get to the strongest readers, to those with difficulties, and get them to a reading level above what they&#8217;re currently at," Derr said.

Foreign language proficiency will continue to be emphasized this year with a Mandarin Chinese program to be offered at Yokosuka&#8217;s middle school and Nile C. Kinnick High School in mainland Japan. There are two full-time Mandarin teachers at Seoul middle and high schools, officials said. Two full-time teachers have been hired to teach the classes on Okinawa. One has been assigned to Kadena Middle School, Ryukyu Middle School and Kadena High School. The other will teach classes at Lester Middle School and Kubasaki High School.

A budget shortfall announced earlier this year by DODEA will not cause a reduction in support services, field trips or extracurricular activities, Bresell said.

Bresell said she&#8217;s optimistic about this school year and eager to meet the new staff and students across the Pacific.

"I think that parents should be confident in the fact that our schools are going to provide their children with a quality education," Bresell said.

Highlights and changes for the 2008-09 school year&#182; The projected student enrollment this year is 23,800 in mainland Japan, Okinawa, Guam and South Korea.

&#182; The Korea District was expected to get 500 new students, thanks to an increase in command sponsorships.

&#182; The Department of Defense Education Activity has established an advanced-placement task force made up of AP teachers and administrators from each district to ensure schools are meeting standards and have rigorous syllabi. The task force will also make recommendations for improvement.

&#182; Participation in high school extracurricular activities increased last year, which was one of the goals under the Community Strategic Plan&#8217;s student achievement emphasis. The highest percentage of participation was at Kadena High School, where participation was 75 percent, said Nancy Bresell, director of Department of Defense Dependents Schools-Pacific and Domestic Dependent Elementary and Secondary Schools-Guam.

&#182; Two new tools were introduced to administrators this year: the "three-minute walk-through," which allows administrators to observe teacher and student interaction inside the classroom for three minutes daily; and "Failure is not an option," a resource guide that provides educators with six principles that guide student achievement in high-performing schools.

&#182; In the Guam District, superintendent Gayle Vaughn-Wiles said she&#8217;s aiming to increase parent involvement in the middle and high schools.

Typically, parents are active in elementary schools, but their involvement tapers off as their children advance, she said.

"It&#8217;s always a challenge to get them back, not only at the games, but at the PTA meetings, and most importantly at the school improvement leadership meetings, so they can have a voice in what&#8217;s happening in the schools," Vaughn-Wiles said.

&#182; In the Korea District, administrators and educators kicked off the summer with a pilot transition program aimed at helping new students and their parents adjust to South Korea and their new school system. Two summer transitional specialists were hired.

"Now when school kicks in on Aug. 25, they will be ready and the new people will have a little bit of an edge in terms of orientation," said Peter Grenier, assistant superintendent.