For Bill Johnson, gold was just a downhill run 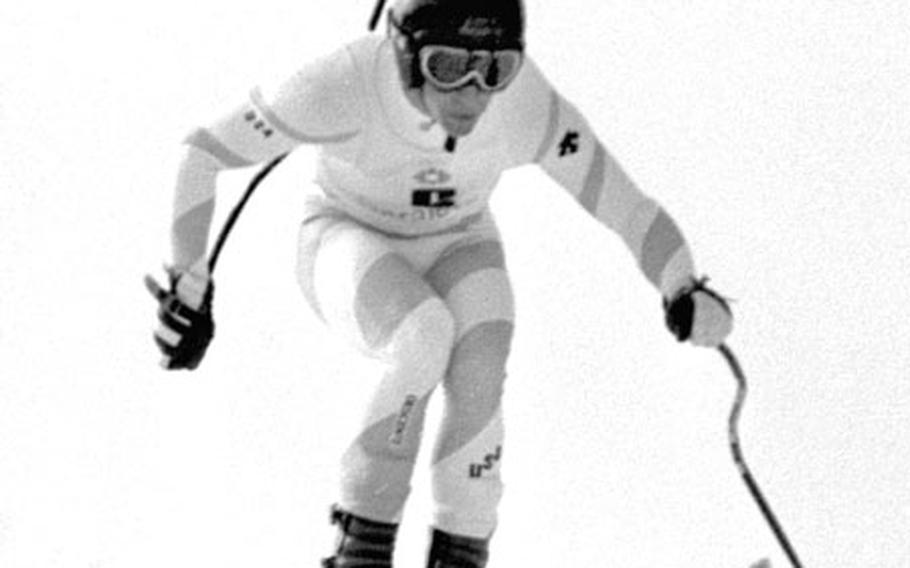 Bill Johnson soars to a win in the downhill at Sarajevo. (Red Grandy/Stars and Stripes)

Bill Johnson soars to a win in the downhill at Sarajevo. (Red Grandy/Stars and Stripes) 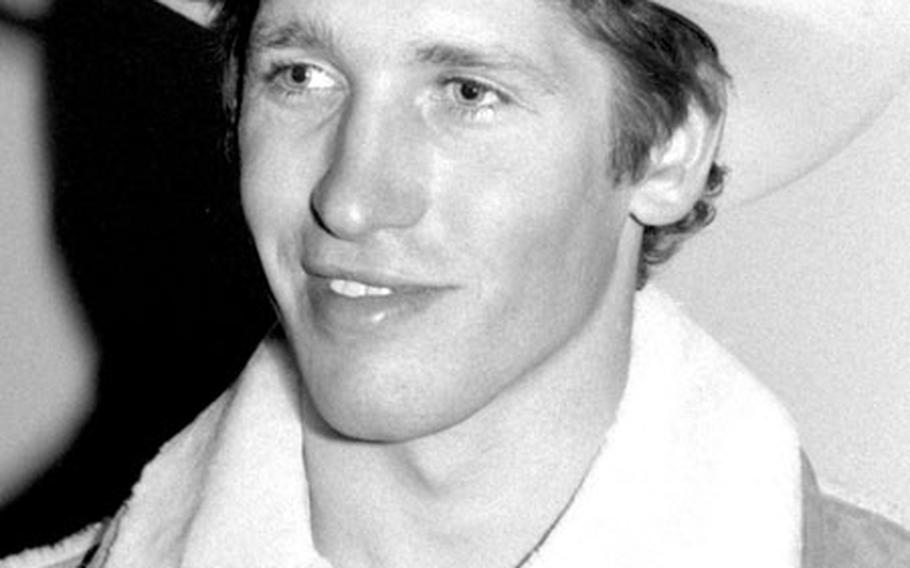 Bill Johnson is interviewed at the Frankfurt airport on his way home from the Olympics. (Terry Baker/Stars and Stripes)

FRANKFURT &mdash; The Joe Namath of skiing flew into town Friday with a gold medal and iron confidence.

His name is Bill Johnson, who, like Namath in Super Bowl III, predicted victory and finished a champion. Johnson made a stopover in Frankfurt on his way back to the Unites States.

At 23, Johnson made good on his golden words when he sped to first place in the men's downhill at the Sarajevo Olympics Thursday. It was the first men's alpine gold for the United States in Olympic history.

A month before, Johnson had hinted at future shock when he became the first American to win a World Cup downhill. But even before then, he was predicting gold in them thar Yugoslavian hills.

"I started concentrating on the gold last summer," Johnson said. "In an interview I said I was going for the gold. I didn't want a silver. Second place is nowhere."

Johnson reached the highest mountain by staying low in his tuck through the final section of the Mount Bjelasnica course. It was just enough to hold off Switzerland's Peter Mueller and Austria's Anton Steiner.

"Of course I did," Johnson said when asked if he really thought he would win during the weeklong downhill delay. "I wanted it more than anyone. My prediction forced me to win because I didn't want to look like a fool. Confidence is the most important part of skiing."

Johnson said that no one should have been surprised by his quick rise at Wengen and Sarajevo.

"I was in the top 10 in practically every training run this year" on the World Cup circuit, he said.

He also finished fastest on the Olympic training run Wednesday. That made him a late favorite to win his gold, even against the perennial champion Austrians.

"It's Austria's national sport," Johnson said. "It's the only thing they care about. It's their Super Bowl.

"They think they will win every year. They had a lock on the world championship (in downhill) the last 10 years. If I predicted I would win, that put more pressure on them. I can handle pressure. It doesn't bother me. I'd rather have them chasing me than me chasing them."

"None of them said it to my face," Johnson said. "They go behind you. But I'll stick it to them again."

Johnson. who stands 5-foot-9 and weighs 170 pounds, was born in Los Angeles and lives in nearby Van Nuys, Calif., with his father. He learned to ski in Boise, Idaho, and graduated from high school in Shady Cove, Ore., in 1977. He then attended a ski academy and was a forerunner at the 1980 Olympics.