For base families, there’s no place like a new home The final building in a three-tower family housing complex opened at Camp Humphreys in July. The addition means that about half of the 230 command-sponsored families can live on base. (Teri Weaver / S&S)

The final building in a three-tower family housing complex opened at Camp Humphreys in July. The addition means that about half of the 230 command-sponsored families can live on base. (Teri Weaver / S&S) 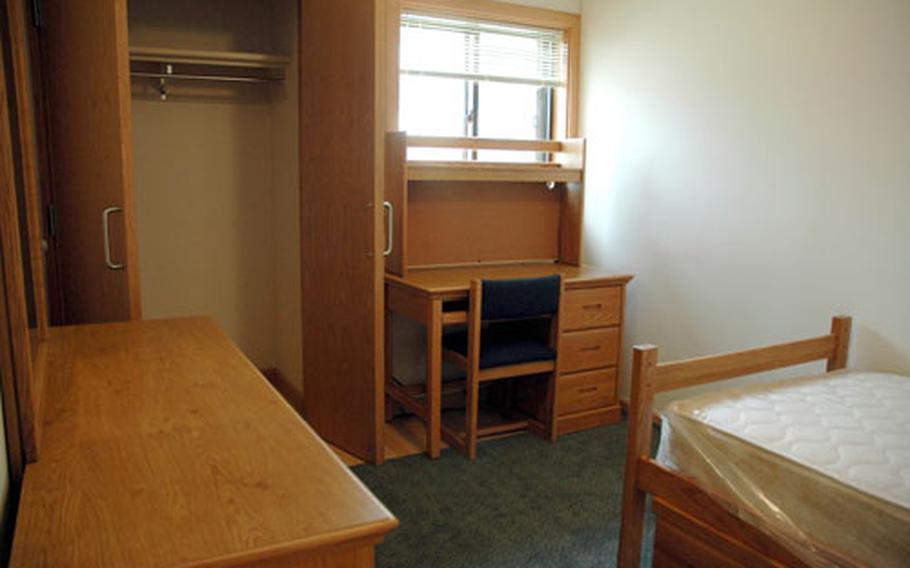 Apartments in a housing tower that opened on Camp Humphreys in July come furnished, if the family wishes. (Teri Weaver / S&S) 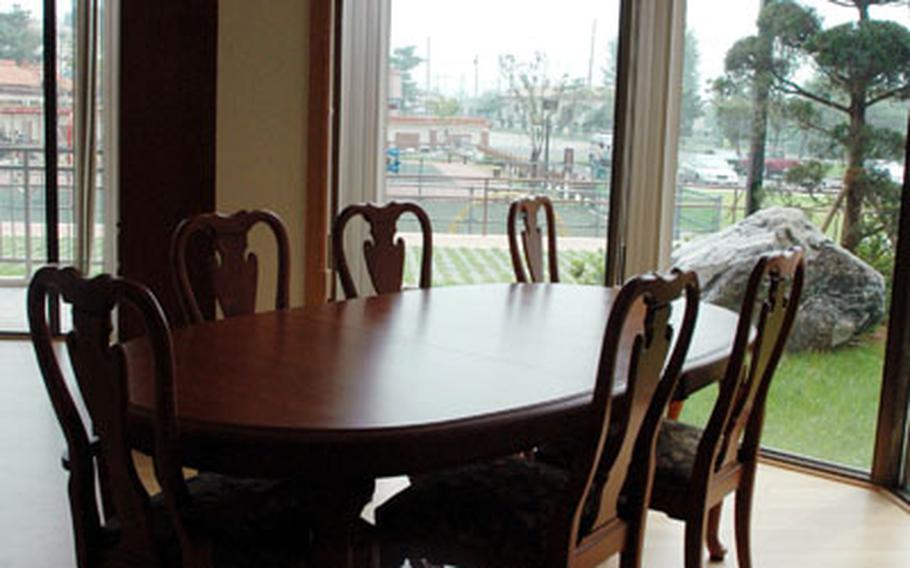 Each of the apartments in the tower that opened on Camp Humphreys has a dining area, a living area and a separate den in addition to the bedrooms. The living area and the master bedroom both have balconies. (Teri Weaver / S&S)

CAMP HUMPHREYS, South Korea &#8212; In the late 1990s, Nicholas and Dea Gist spent their tour in South Korea living in an off-base apartment.

But she and her husband, who is now a major, often had to rely on South Korean friends and soldiers on base for translation help.

This summer, the Gists and their two children moved into the newest housing tower at Humphreys.

The seven-story, $14 million building opened in July and provides homes for half of the command-sponsored families at Humphreys, according to Joan Bradford, chief of housing for Area III.

At Humphreys, 230 families have command sponsorship, meaning the military pays for servicemembers&#8217; families to move to South Korea. The new housing tower is the final installment in a three-building project on the camp. All told, now 142 families can live on base, Bradford said.

So far, families have been impressed with their new homes.

The Shafers moved in on July 17.

To top it off, she recently discovered yaki mandu, Korea&#8217;s fried dumplings.

The three- and four-bedroom apartments come with walk-in closets, two bathrooms, two balconies and a separate den or office. The kitchen has a pantry closet, and there&#8217;s a separate room for the washer and dryer. Families can use new furniture from the housing office if they need it, Bradford said.

The complex was built to meet current demands rather than in response to the massive expansion planned for Humphreys by 2012, Bradford said. By then, the base is expecting as many as 3,000 command-sponsored assignments, she said.