For Atsugi Seabees, recycling program is a rewarding rotation 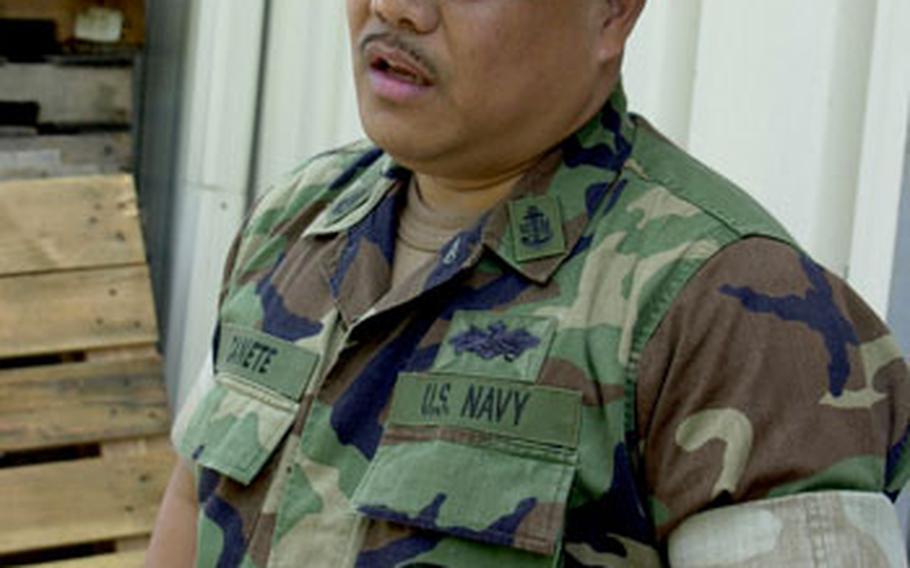 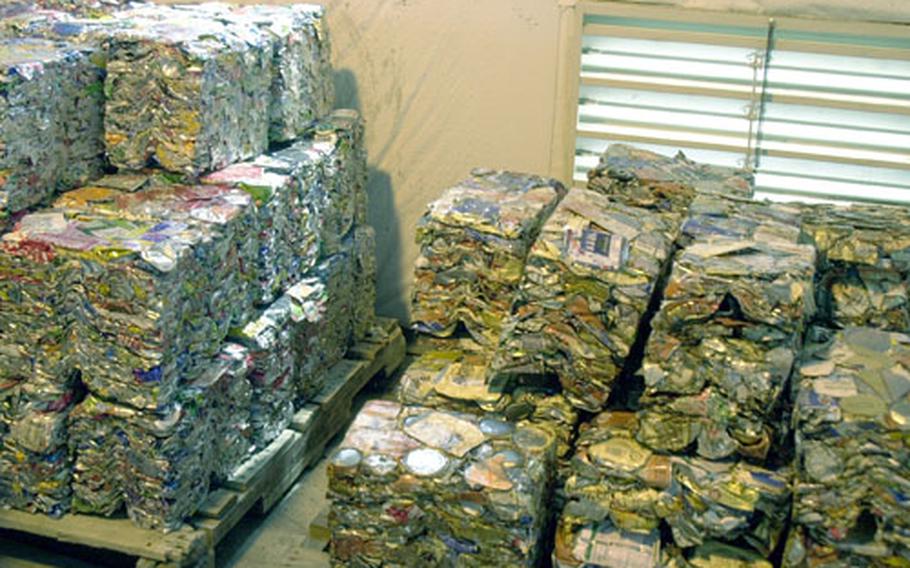 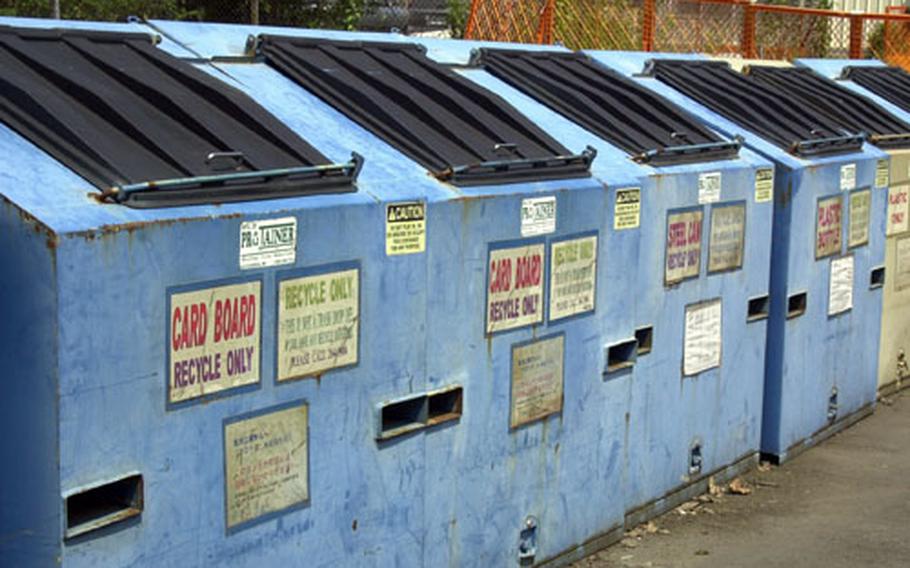 A person driving by the golf course on Naval Air Facility Atsugi might do a double-take at the sight of guys in cammies handling and sorting recyclables at the recycling center nearby.

In a situation rare for Seabees, members of Atsugi&#8217;s Public Works Construction Branch have quietly run the base&#8217;s recycling program since November.

He said the Seabees&#8217; handling of the program is a temporary solution until master labor contract workers are hired to permanently take over. The 38-member Seabee unit on Atsugi is a permanent party component assigned to Naval Facilities Command Far East headquartered in Yokosuka. The unit rotates three personnel through the recycling program every three months to assist one person who is a constant at the recycling center. Having a rotation, according to Canete, helps the Seabees stay sharp in their designated job specialties.

"We have that consecutive schedule that we run with every single day. Slowly but surely, it&#8217;s helped get things done," Pena said.

Petty Officer 1st Class Adam Thorn is the one constant at the recycling center. Thorn says he believes the program is the first of its kind to be run and operated by Seabees.

"The program&#8217;s getting better day by day," Thorn said. "We&#8217;re constantly expanding it and trying to get people more excited about the recycling process. We like to see ourselves as a pilot program for the entire Kanto Plain."

One of the things Thorn is proud of is the crate of donated shoes at the center. The contents are sent off to Iraqis who have a need for footwear.

"We take any shoes we can get," he said. "We have some pretty interesting shoes in here. Even high heels are turned into something that&#8217;s more useful for somebody."

Petty Officer 3rd Class Lucas McConn sees to it that all pick-ups and runs for recyclables on base are performed as scheduled. He picks up the items and drops them off at the recycling center in town. He says he wasn&#8217;t serious about recycling before he started working in the program.

"Before, I thought it was just something I did when I had time and now I understand the importance of it and how important it is to do it as a group," McConn said. "When we do it as one big group, the sheer numbers are just incredible and you really realize you&#8217;re making a difference."