For Afghans who didn't protest, a feeling of helplessness 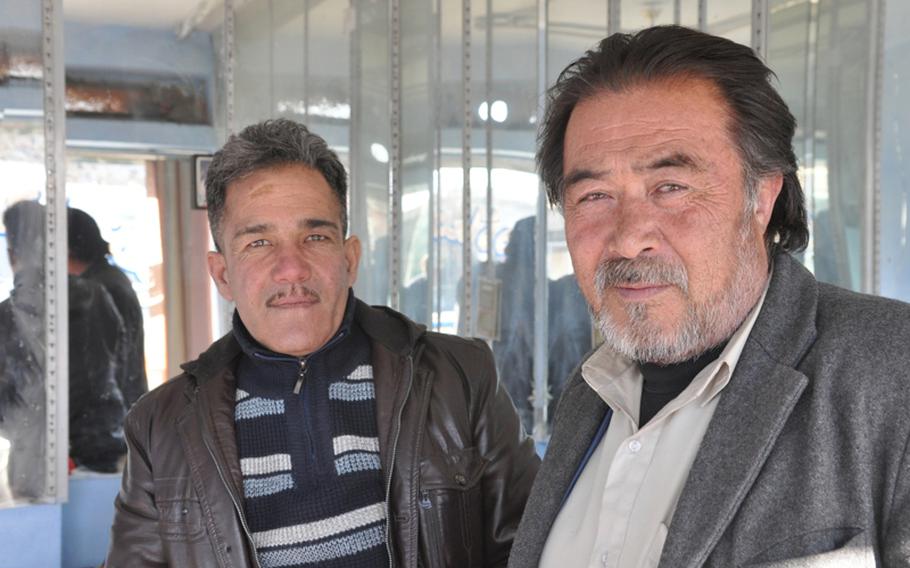 Buy Photo
Sayed Hashim, left, and Abdul Raziq, who run a house rental business in Kabul, knew how the world would react to the violence that erupted over the recent burning of Qurans at a U.S. base. ''People in the West see the images of demonstrations and they think all of us are the same,'' Raziq said. (Martin Kuz/Stars and Stripes)

Buy Photo
Sayed Hashim, left, and Abdul Raziq, who run a house rental business in Kabul, knew how the world would react to the violence that erupted over the recent burning of Qurans at a U.S. base. ''People in the West see the images of demonstrations and they think all of us are the same,'' Raziq said. (Martin Kuz/Stars and Stripes) 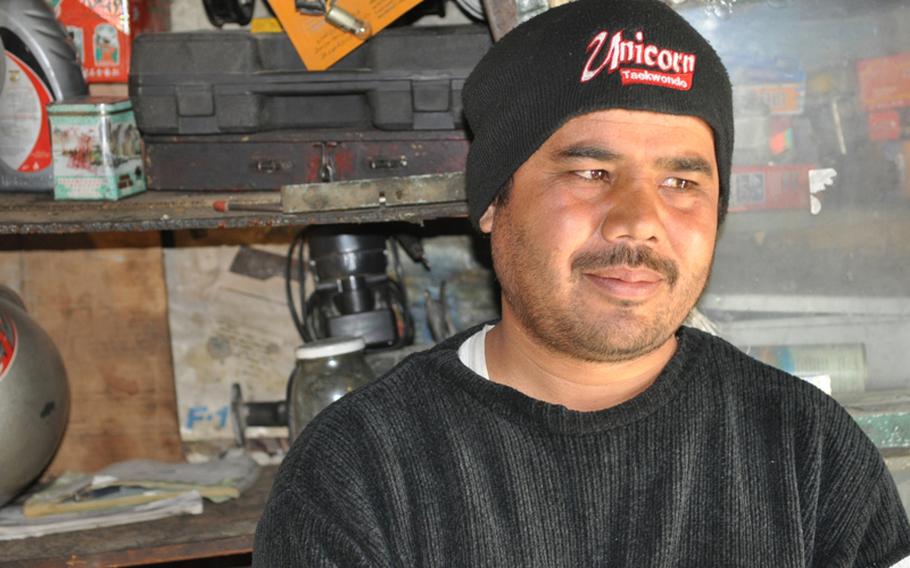 Buy Photo
Rustam Ali, who runs a generator repair shop in Kabul, believes outside factions stirred anger over the recent burning of Qurans at a U.S. base. ''They are using this opportunity to take advantage of Afghans,'' he said. (Martin Kuz/Stars and Stripes)

KABUL &mdash; The afternoon sun warmed the small office of Sayed Hashim and Abdul Raziq as they sat and talked about the bloodshed that had again washed over their homeland.

The men knew what the world had observed. For a week, in the capital and across Afghanistan, thousands of people rioted in reaction to soldiers at a U.S. base burning copies of the Quran.

Protesters chanted &ldquo;Death to America!&rdquo; and burned an effigy of President Barack Obama. They tried to breach the walls of military bases and United Nations compounds. They hurled stones at police who answered with gunfire.

After seven days, more than 30 people had been killed and hundreds injured. And once more, as news reports portrayed their country as engulfed in rage, Raziq and Hashim felt a familiar helplessness.

&ldquo;People in the West see the images of demonstrations and they think all of us are the same,&rdquo; Raziq said. &ldquo;We are not all the same. I didn&rsquo;t join the demonstrations. But the West sees only the violence here.&rdquo;

Raziq, 55, and Hashim, 43, belong to the millions of Afghans whose measured, muted response to the burning of Qurans made them invisible. When protests erupted, the coverage followed.

The two friends and business partners watched, more dismayed by their countrymen than by the media.

&ldquo;Burning the Quran is something that all of us, as Muslims, find disrespectful,&rdquo; Hashim said. &ldquo;But how will violence against other Muslims make things better? The police are our brothers; the property is our property. There should be a peaceful solution.&rdquo;

Raziq and Hashim run a house-leasing business in a neighborhood about three miles from Kabul&rsquo;s central district, the nexus of the country&rsquo;s young democratic government. A framed photo of Afghan President Hamid Karzai hangs on one of their office&rsquo;s mirrored walls.

The nationwide unrest has waned in the past few days, and along this city&rsquo;s streets, traffic has returned to its usual state of vehicular sclerosis. But business remains sluggish for Raziq and Hashim.

&ldquo;Even when the protests and shootings are over, people are scared for a long time afterward,&rdquo; Raziq said. &ldquo;They are afraid that something more could happen, so they will wait with spending money.&rdquo;

In their eloquence and self-assurance, both men evince a refinement that Westerners seldom ascribe to Afghans. Both are also old enough to remember a time before war grabbed their country and refused to let go.

They understand why frustration exists among their people after more than three decades of conflict. They wish only that Afghans would invest their passion in causes that might elevate the country&rsquo;s quality of life.

&ldquo;People should be angry about corruption in the government, about so many people out of work, the Taliban trying to destroy the country,&rdquo; Hashim said. &ldquo;They should [work on] initiatives for these kinds of things. That is how we can make Afghanistan stronger.&rdquo;

A half-mile away, down a dirt road that melting snow had turned into a long, narrow bog, Rustam Ali stood inside his generator repair shop, a cramped space with a ceiling covered in layers of newspaper.

He took over the business from his father, who inherited it from his. After three generations, the shop feels held together by grease, sweat and family pride.

Ali, 37, started working here in his early teens, a short time before the Soviet invasion of Afghanistan ended and the struggle for power within the country began. He thinks outside factions, intent on keeping Afghanistan unstable, stirred anger over the burning of Qurans to incite attacks on Afghan and coalition forces.

&ldquo;People are upset about what happened because it is our holy book,&rdquo; he said. &ldquo;But I believe most of the protests were being caused by people from Pakistan, Iran. They are using this opportunity to take advantage of Afghans who are not educated and telling them to cause this violence.&rdquo;

Ali fears that the fallout over the desecrated Qurans offered a preview of the turmoil that awaits after coalition forces leave Afghanistan. He does not know if his shop will survive for another generation.

&ldquo;We still need help with everything,&rdquo; he said. &ldquo;When the Americans leave, I am worried there will be a civil war.&rdquo;