For a military veteran’s wife on the verge of deportation, time is running out 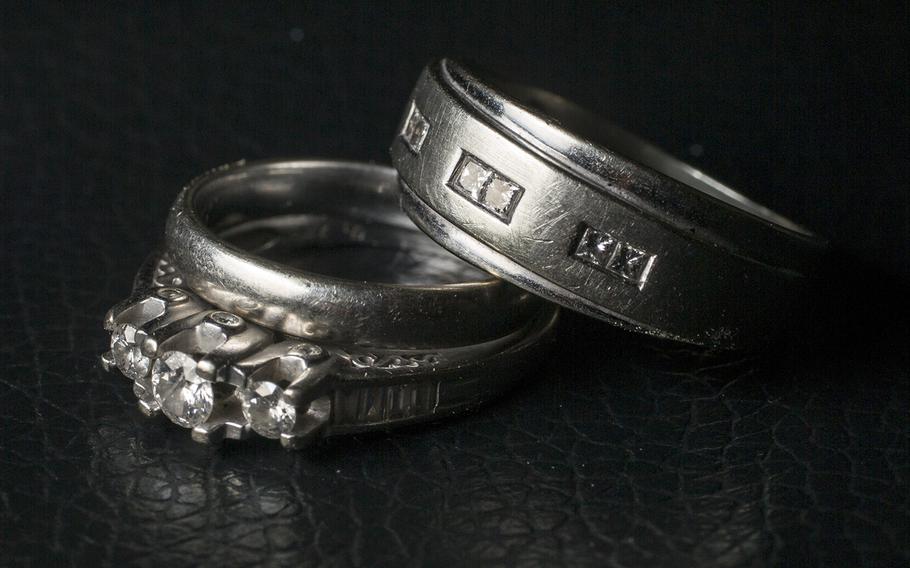 Alejandra Juarez is married to a Marine Corps veteran and has less than two months left in the United States before she is deported. (Joshua W. Brown/U.S. Marine Corps)

WASHINGTON – Under crisp, blue skies, the tears just started to flow for Alejandra Juarez as she stood outside the Capitol Building.

Juarez is married to a Marine Corps veteran and has less than two months left in the United States before she is deported.

Her husband, an American citizen who also served in the Florida Army National Guard, voted for President Donald Trump, she said.

“Mr. President Donald Trump, when you ask your military personnel to serve this country, they leave behind their families, their kids, their house, their spouses… to take care of the household when they come back, if they come back,” Juarez said between sobs and tears during a news conference flanked by family and lawmakers. “When you deport me, what message are giving to the military who sacrifice so much for this beautiful country?”

Juarez, whose story has been documented through multiple media outlets in recent months, is one of many veteran and active military families with relatives who could be facing deportation under increasingly stringent immigration policies under the Trump administration.

The Juarez family has said while her husband gained U.S. citizenship as a child, she was caught crossing the U.S.-Mexico border illegally as a teenager. In that instance, she said she unwittingly signed over her rights to seek citizenship in the future.

Her husband Temo Juarez, and their children, Pamela, 16, and Estela, 8, will be separated from Alejandra if she is deported June 21.

“I ask President Trump to please let my mom stay because she is a great mom,” said Estela, who was also crying. “And I don’t understand… because she has been there with me every day of my life and I love her… please President Trump I ask that you let her stay.”

In one estimate, up to 12,000 former and current military families have a spouse or other relative subject to deportation, said Rep. Anthony Brown, D-Md., who is among the group of lawmakers fighting against the efforts.

“It makes no sense and it is dangerous when we ask men and women to put on the uniform to serve our country and to protect and defend our country when we at home are not serving them by protecting and defending their spouses,” Brown said, adding his office is regularly fielding calls from constituents worried about new deportation efforts. “This administration, whether it’s the assault on dreamers, whether it’s the assault on (temporarily protected status) recipients, has sent a clear notice to immigrants be on guard because you, too, maybe subject to deportation.”

Brown, along with Rep. Darren Soto, D-Fla., Rep. Joaquin Castro, D-Texas, and Rep. Norma Torres, D-Calif., were on hand Thursday with Juarez and her family to push for a response to the Juarez case and others, as well as legislation that would prevent such deportations in the future.

Soto, who is sponsoring legislation to fight the deportations, said letters have been sent to top immigration officials, but Juarez remains on track for deportation.

“This is just one of many military families who now find themselves at risk of deportation and being torn apart due to the current policies of the Trump administration and their push for hard line deportation policies,” Soto said.

Still, Juarez and her family pleaded for help Thursday in hopes of a miracle before June 21.

My husband “voted for you Mr. Donald Trump but we ask for the government to have the same commitment for military personnel,” Alejandra Juarez said. “I am not pleading on behalf of myself because I know I did something wrong, but I am pleading on behalf of my family. You send me home, they will suffer. They are suffering now because they know I might not be here to raise them. Please take my family into consideration.”