For 603rd, not your typical deployment 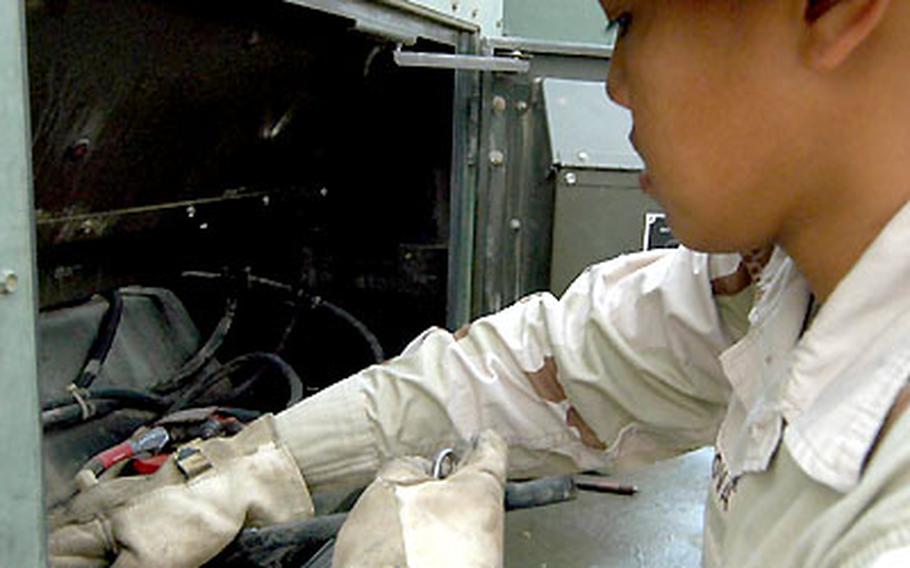 Airman 1st Class Lawrence Genova of the 332nd Expeditionary Air Control Squadron at Balad Air Base, Iraq, pulls maintenance on a generator — an important piece of equipment for expeditionary units deployed to places where there is no electricity. (Michael Abrams / S&S)

Airman 1st Class Lawrence Genova of the 332nd Expeditionary Air Control Squadron at Balad Air Base, Iraq, pulls maintenance on a generator — an important piece of equipment for expeditionary units deployed to places where there is no electricity. (Michael Abrams / S&S) 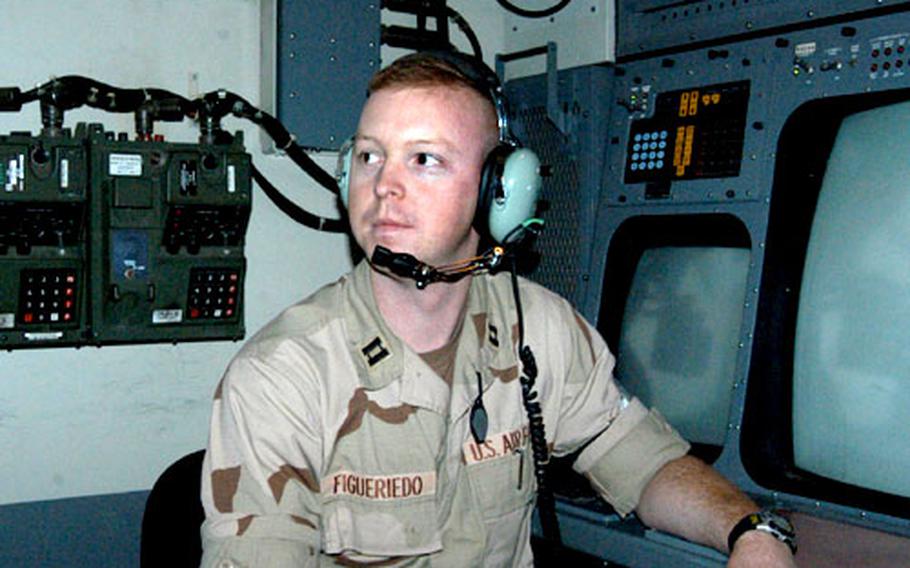 Most Air Force personnel who deploy to Iraq do so individually or in small groups. Not the 603rd, which sent more than 100 airmen.

Most Air Force personnel are deployed for 90 days. Not the 603rd, which left Aviano Air Base, Italy, in November. The squadron is still in theater and likely will be around for a few more months.

Most Air Force personnel are assigned to one base to carry out their missions. Not the 603rd, which is now based in Balad after spending the first part of its deployment at Baghdad International Airport.

But Lt. Col. Kristen Dolan, the commander in Aviano as well as the leader of the 332nd Expeditionary Air Control Squadron in Iraq, says her airmen have taken it all in stride.

It&#8217;s composed of airmen who know how to do their jobs. A visitor to the compound would be hard pressed to find anyone who will admit to finding any surprises in Iraq.

&#8220;I was well-prepared,&#8221; says Airman 1st Class Antoine Holt of his job, which involves passing along a picture of airspace activity to the service&#8217;s regional headquarters.

&#8220;We train to the point of proficiency and we use that training when we get to the theater,&#8221; said Capt. Erik Figueriedo.

&#8220;Everything we do here and all the equipment we use is exactly what we have in Aviano,&#8221; says Maj. Michael Krueger, director of operations. That includes the four trailer-sized operation modules &#8212; weighing in at 16,200 pounds each &#8212; that help airmen monitor the airspace over Iraq around the clock.

The 332nd declines to provide details about how much airspace it can monitor. But Krueger says the scope of the mission didn&#8217;t change with the move from Baghdad to Balad.

That move is part of a greater shift of Air Force assets from Baghdad to Balad &#8212; which is projected to eventually become the service&#8217;s major hub in Iraq. Krueger says the 332nd was fortunate in that it had the opportunity to arrange its facilities on a vacant lot near the runway.

And airmen acknowledge that there are conditions in Iraq that make the job a bit more challenging.