Food service resumes aboard USS McCain, more than a year after deadly collision 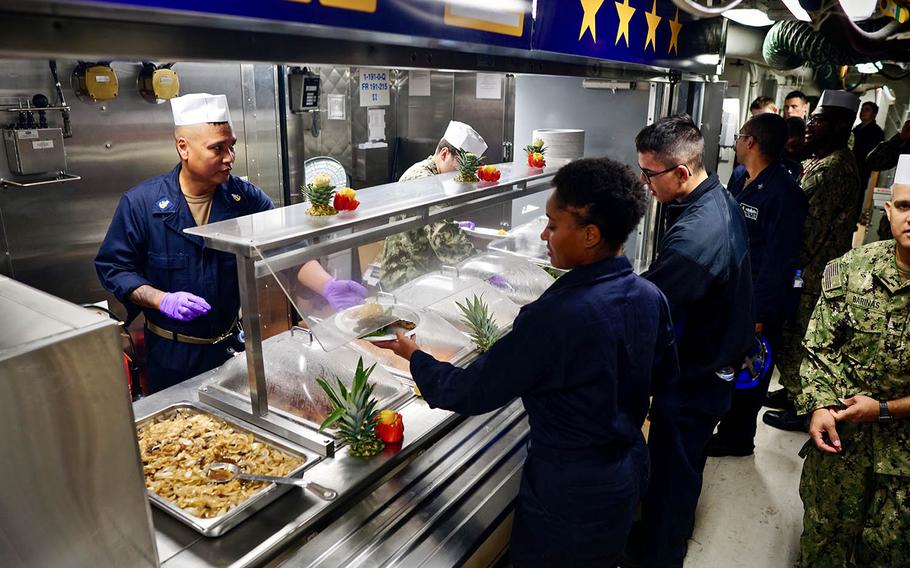 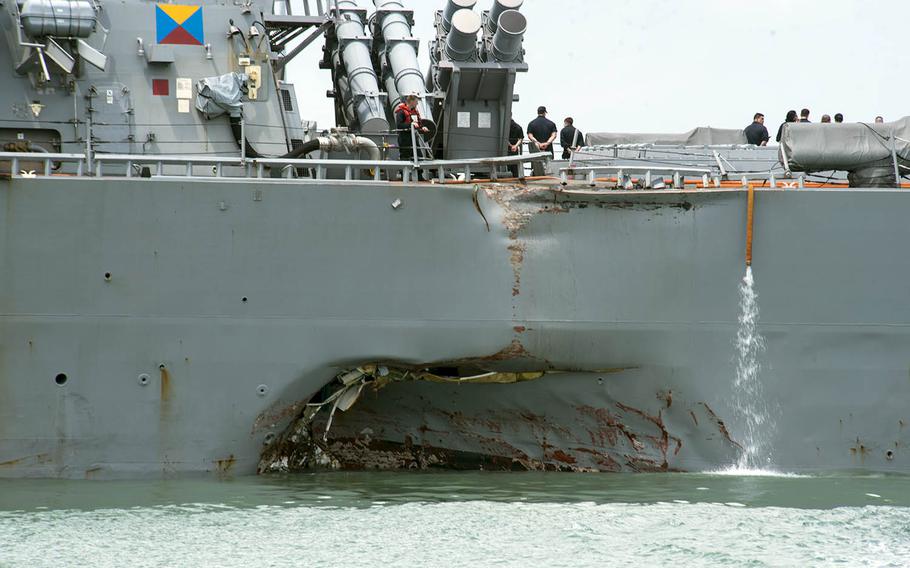 Portside damage is visible as the USS John S. McCain steers towards Changi Naval Base, Singapore, after a collision with a merchant vessel, Aug. 21, 2017. Ten sailors were killed in the incident. (Joshua Fulton/U.S. Navy)

YOKOSUKA NAVAL BASE, Japan — Meals are once again being served aboard the USS John S. McCain, 15 months after the guided-missile destroyer was severely damaged in a collision that killed 10 sailors.

Monday marked the first full day of food service since Aug. 21, 2017, when the ship ran into a merchant vessel east of Singapore, according to a Navy statement issued Tuesday.

The McCain has been undergoing repairs at Yokosuka since returning to its homeport in December.

The crew was served a ceremonial meal of steak, chicken and cake to commemorate Monday’s special day.

“Regaining the ability to serve the crew food aboard the ship is yet another step towards returning to normal operations and is a huge boost to the morale of the crew,” McCain supply officer Lt. j.g. Kathryn Hussy said in the statement.

On Aug. 29, the crew shared a birthday cake in the mess to commemorate what would have been late Sen. John McCain’s 82nd birthday. A photo posted to the ship’s official Facebook page showed a white cake with “Happy Birthday Maverick!” written in blue icing.

A message accompanying the image said the mess had been christened the “Maverick Café” in his honor. In July, the former naval officer was added as a namesake for the ship, which also honors his Navy admiral father and grandfather.

After the collisions, the Navy issued a report deeming the crashes “avoidable.” Leadership then made recommendations, revised some policies and created additional training, including a new surface warfare officer program, to avoid future incidents.