Following his father’s footsteps in war 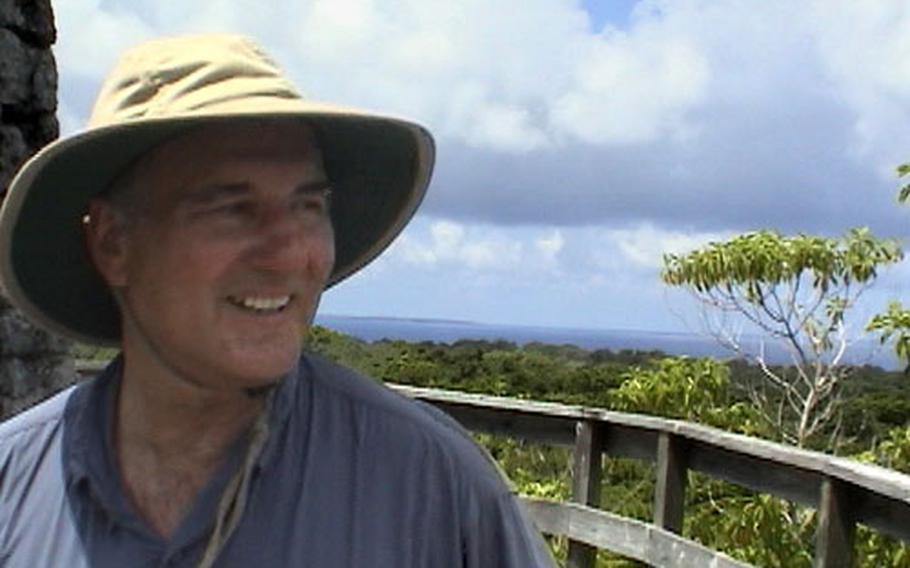 Patrick Finelli during his trip to Pelileu to see the places where his father served during World War II. (Courtesy of Patrick Finelli)

Patrick Finelli during his trip to Pelileu to see the places where his father served during World War II. (Courtesy of Patrick Finelli) 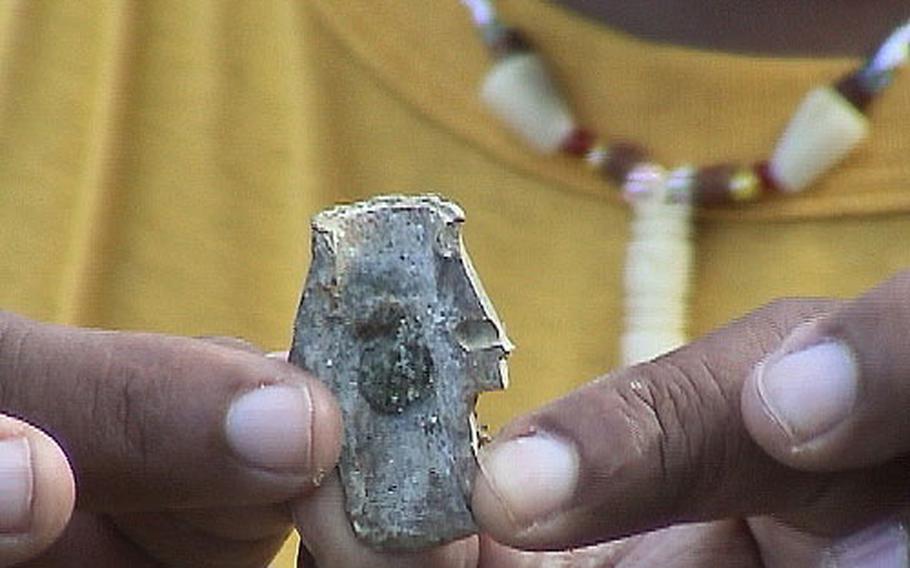 Remains of a captured World War II tank on the island of Pelileu. (Courtesy of Patrick Finelli)

Sixty years earlier, his father had made the same discoveries.

In 1944, Sgt. Patrick L. Finelli was a solid swimmer and a fearless 19-year-old Marine, serving in underwater and shore demolitions.

He took a bayonet wound destroying caves on Pelileu and suffered shrapnel wounds clearing the island of Yap.

The younger Finelli had heard the stories, but he never understood on a deeper level. That gap was an experience he found common to other vets and their families.

&#8220;I tried to interview him, and you just can&#8217;t get past that certain point,&#8221; Finelli said. &#8220;People give perfunctory military answers. Not real answers from the heart. A lot of them can talk about their military services, but when it comes to combat itself, they have a very difficult time.&#8221;

Years after leaving the Marine Corps, his father, who became a mechanical engineer, loaded his bookshelves with tales of World War II battles; he kept hand-to-hand combat books with notes written in the margins.

That connection to the past helped guide the son into a career studying history. But as he paged through the books, the gaps remained in his understanding and connection to his father&#8217;s life.

The trip, following in his father&#8217;s footsteps to Guam, Truk, Pelau and Pelileu, would attempt to fill the blanks.

Finelli&#8217;s family encouraged him to make the trip. It would be part dive adventure and part battle history. The history professor applied for a sabbatical from the University of Southern Florida and began planning last year.

He created a Web site to conduct research and heard from vets who had been in some of the same places.

The trip began with a picturesque dive in Truk lagoon. But Finelli wasn&#8217;t the usual tourist. He wrote in his journal:

&#8220;Although many of my fellow scuba divers were fascinated with exploring the wrecks in Truk Lagoon including one destroyer, a submarine and a Betty Bomber, all I could imagine is the additional lethal weaponry our forces might have faced as they moved north through the islands towards Japan.&#8221;

The tourists saw beauty in the water, reefs and nearby island hills.

At Pelileu, assisted by battlefield guide Tangie Hesus, Finelli scaled the jagged sandstone cliffs in the jungle heat and saw the spent shells from both sides intermingled as each side advanced and retreated.

From the pill box fighting positions, Finelli saw the sweeping range a sniper would have had.

During the trip, a relative of a former Seabee sent him 180 photos taken in 1944, including many from Pelileu. Many of the shots mirrored his own.

Finelli plans to put his research, materials and his experiences into a book by Paradise Press later this year.

The trip was exhausting on many levels, he said. He left his father&#8217;s dog tags in a museum on Pelileu, one of the bloodiest fights in the South Pacific.

This year marks the 60th anniversary of those battles.

Patrick Finelli has a Web site about his trip to retrace his father&#8217;s wartime experiences. For more information on the trip, visit: www.pfweb.com/plf-usmc/index.htm