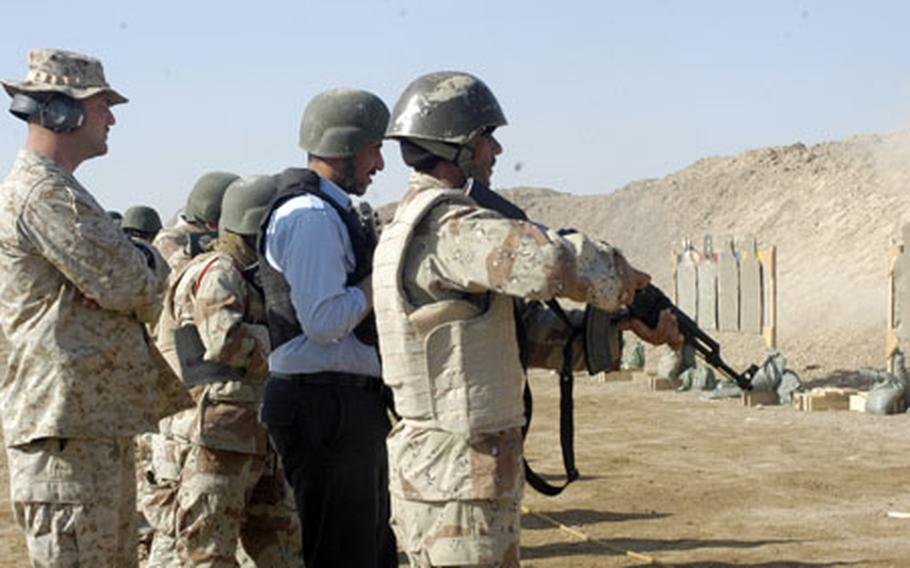 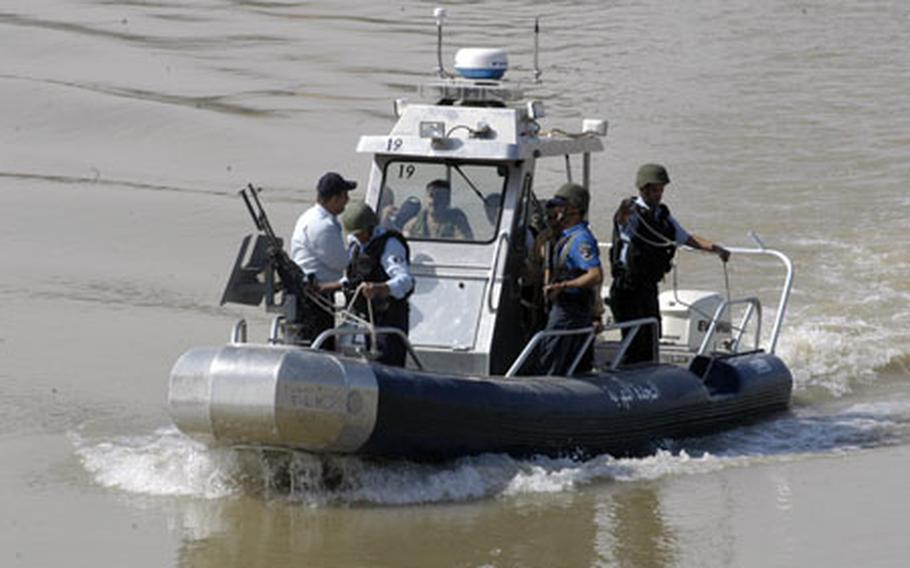 The Civilian Police Assistance Training Team, or CPATT, first had the task of creating an Iraqi police force as quickly as possible, which initially meant sacrificing quality for quantity, officials have said. Four years later, the organization is branching out, from developing a standardized, nationwide curriculum to teaching specialized training such as forensics, basic criminal and detective investigations, inspector general investigations and critical-incident management.

CPATT also recently hatched a newly conceptualized National Police force, which now stands at nearly 31,000 men &#8212; above the goal of 24,400. For now, the National Police officers mostly work in and around Baghdad.

As he sees it, Iraq&#8217;s law enforcement force, now nearing 200,000-strong, is both an independent force and capable of carrying out a majority of the nation&#8217;s security missions and community policing operations.

&#8220;Once the Baghdad fight is won and security is a lot more stable, they will position these troops regionally to be used in all the provinces and augment the local police forces,&#8221; said Army Col. Mark French, deputy commander of professional development and training for CPATT.

The aim is to develop the National Police into a paramilitary force, one modeled after Italy&#8217;s carabinieri military police force, and one that eventually will take over nationwide security tasks now handled by the Iraqi army, Hunzeker said.

U.S. and Iraqi military and governmental officials are negotiating with NATO and Italian government officials to broker for a force of carabinieri to train Iraq&#8217;s National Police.

Iraq&#8217;s police academies, which grew from five basic academies to 13 in the past 18 months, have graduated roughly 160,000 police officers and dispersed them throughout Iraq&#8217;s 18 provinces. Additionally, there are roughly 30,000 border police officers working the nation&#8217;s porous entry points. A 14th academy, to open soon in Habbaniyah, will serve cadets from Anbar province.

While the program has made strides, it still faces problems, Hunzeker said. The police drop-out rate remains higher than desired, and the public is leery of sectarian militias and insurgent infiltrators.

Insurgents continue to target and kill hundreds of Iraqi police, first responders and Iraqi soldiers. Some Iraqi police hold on to age-old tribal customs that keep them from doing their jobs, several said in various interviews. For example, because of ancestral tribal ties, some fear killing or hurting someone from another tribe &#8212; even if done in the course of their police duties &#8212; because a member of an opposite tribe has reciprocal rights to do the same.

An example of Hunzeker&#8217;s &#8220;measurable progress&#8221; is that today, all but one of the police academies is run and taught by Iraqis instead of U.S. or coalition instructors.

Iraqi-led classes lend credence to the curriculum and double the amount of material that can be taught, since instructors don&#8217;t have to pause for translations, said British police officer Kerrin Smith, director of Professional Development and Training.

That&#8217;s not to say that CPATT relinquished its oversight role and its mission of organizing, training, equipping and mentoring the entire Iraqi police force.

With more than 1,000 personnel from around the world, the contractors and employees &#8212; mostly civilian police officers &#8212; are embedded with Iraqi police students and working alongside some units.