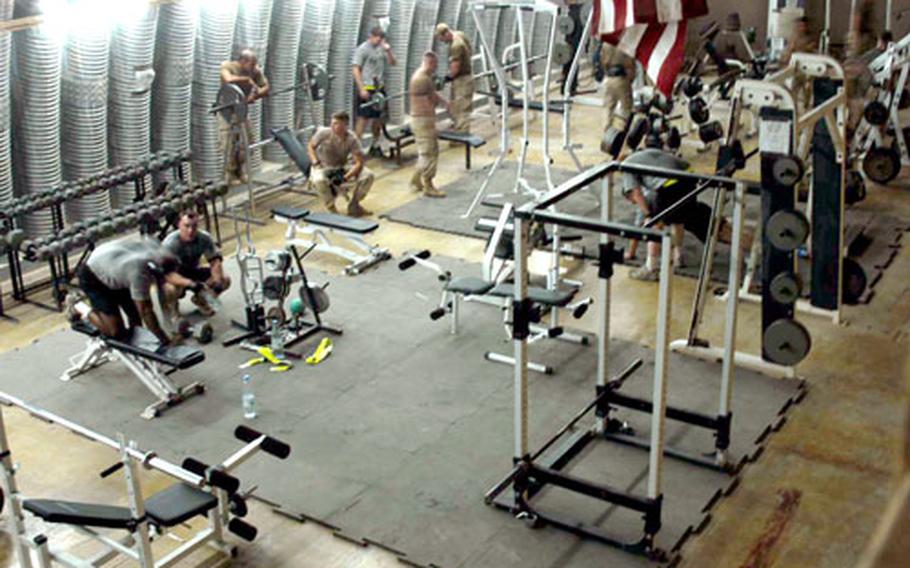 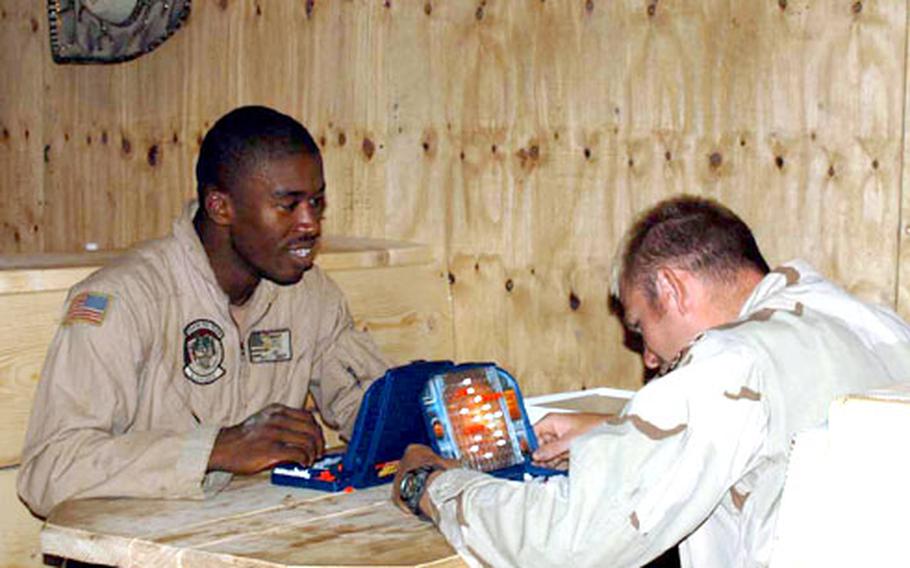 FORWARD OPERATING BASE MacKENZIE, Iraq &#8212; For some, a boost in morale comes from a care package, a scoop of ice cream, an afternoon swim at the on-base pool.

For the soldiers with the 1st Squadron, 17th Cavalry, it comes in the form of surround-sound stereo, nine laptop computers, four phones and a wagon-wheel chandelier.

More than 200 pilots, mechanics and support staff for 1st Squadron moved into Forward Operating Base MacKenzie in February and found next to nothing to make them smile. An airplane hangar converted into barracks was full of rats, mice and snakes. They didn&#8217;t even have a walled-in headquarters building, said Lt. Col. Frank Muth, the squadron&#8217;s commander.

In the past four months, these soldiers have worked to make &#8220;the far side of the moon,&#8221; as Muth calls MacKenzie, feel more like home. They closed in their headquarters building, built a larger, more secure tent for the mess hall and organized the housing trailers into a small village.

It&#8217;s common sense to put your house in order. But the soldiers here did more than that. This cavalry unit called Palehorse built a saloon-style recreation center complete with swinging doors, a sheriff&#8217;s jail and a two-story bar.

The bar only serves non-alcoholic beer and is still without a television. But the entire place has made everyone feel better about living in the middle of a desert, where the only green things are a small garden of morning glories outside the personnel office and outhouses.

Last February, the soldiers were told to build four equally sized rooms and leave an open space for gym equipment, said Christman and Sgt. Sean Connelly, 24, of Oregon, Ill., who also helped with the design.

The two sergeants decided to improve on the idea and came up with the idea for a saloon instead of a game room. They and their friends added the second floor in three days, working 20 hours a day so that their progress would outweigh their sergeant major&#8217;s surprise when he saw the bar.

The soldiers did the bulk of the work in February and March, but it wasn&#8217;t until this month that their officers secured the Internet and phone service in the building. That communications link has made the place more of a hangout, 24 hours a day.

The soldiers buy long-distance minutes on the Internet to use the phones. The &#8220;birdcage,&#8221; or movie theater, has surround-sound stereo that blasts music through the gym when movies aren&#8217;t playing.

The squadron&#8217;s improvements aren&#8217;t finished, even though they have less than five months left in Iraq. Eighteen new living trailers have arrived, but the squadron hasn&#8217;t gotten the money to install, wire, air condition and inspect the new living quarters, Muth and his officers told his boss, Maj. Gen. Joseph J. Taluto.

Taluto commands New York&#8217;s 42nd Infantry Division in Iraq, which depends on Palehorse&#8217;s helicopters for above-ground reconnaissance and support. Taluto visited the tiny base on Thursday to hear about their recent missions and see how they were doing.

After updating the general on flight hours and missions, the officers gave a brief update on living conditions and the frustrations of looking at housing units instead of living in them.