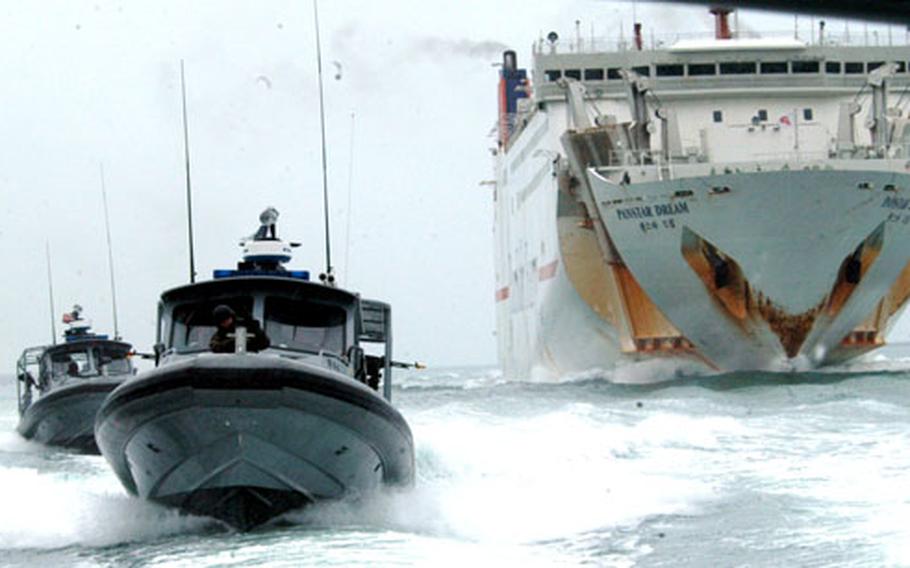 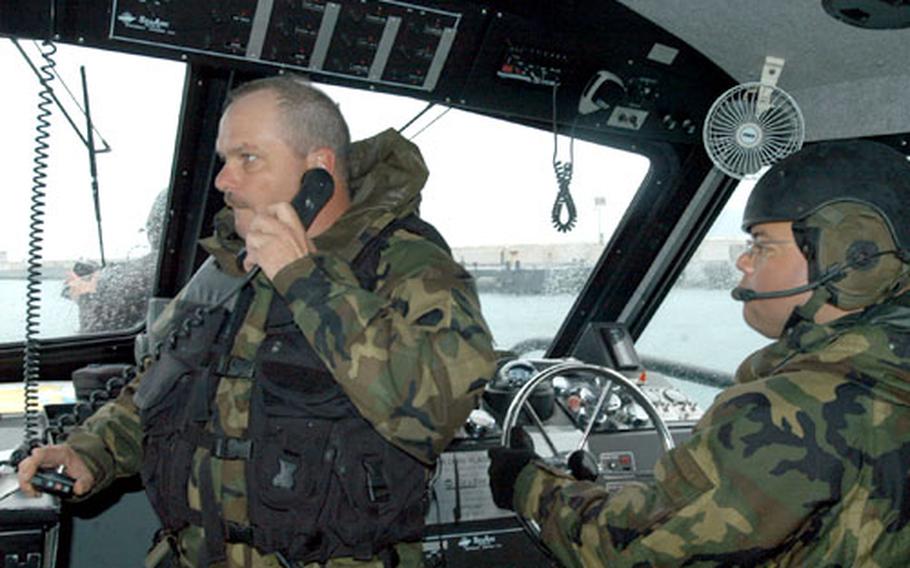 Sonobuoys equipped with passive sonar and hydrophones fed information to computer screens and listening equipment on Busan&#8217;s Pier 8 and Cho-do island, headquarters for the 308th.

Technicians deciphered what looked like a series of random lines displayed on the computer screens to identify the type of craft that had breached the harbor and relayed the information to the Inshore Boat Units 11 and 13.

Those units quickly moved out in their Dauntless patrol craft, 34-foot boats armed with M-240 machine guns and the ability to move at high speeds.

In this case, they discovered a semi-submersible cigarette boat tasked with conducting surveillance on South Korea&#8217;s 3rd Fleet Base.

Organizers said the exercise was the first of a series of planned naval exercises between the countries.

For the overall warfare squadron, that meant seven boats, 44 tents, numerous vehicles and more than 300 people.

And coordinating active-duty and Reserve U.S. Navy and Coast Guard units &#8212; many of whom have never worked together before &#8212; while working with their South Korean counterparts also was a challenge.