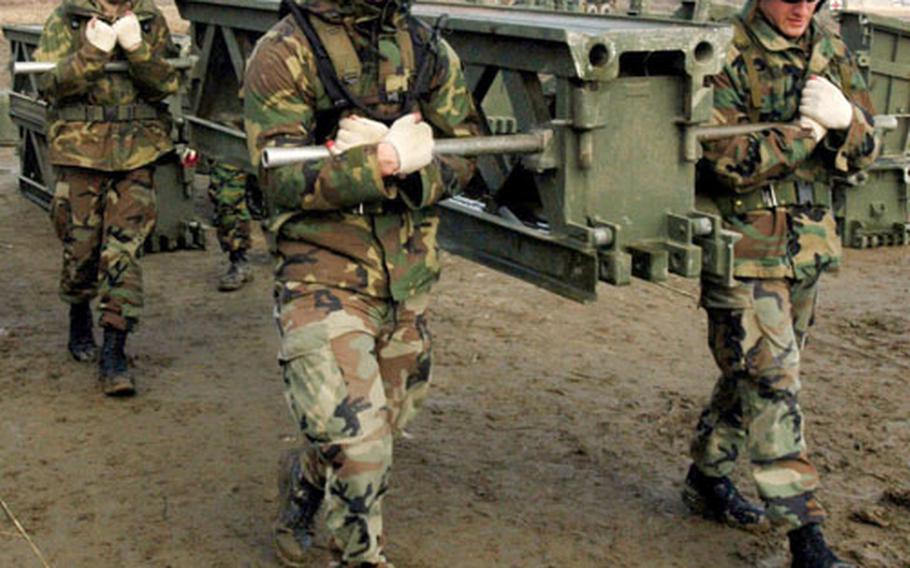 Seabees carry a piece of a girder bridge during an exercise with the South Korean 1175th Bridge Company on Thursday. (Jimmy Norris / S&S)

Seabees carry a piece of a girder bridge during an exercise with the South Korean 1175th Bridge Company on Thursday. (Jimmy Norris / S&S) 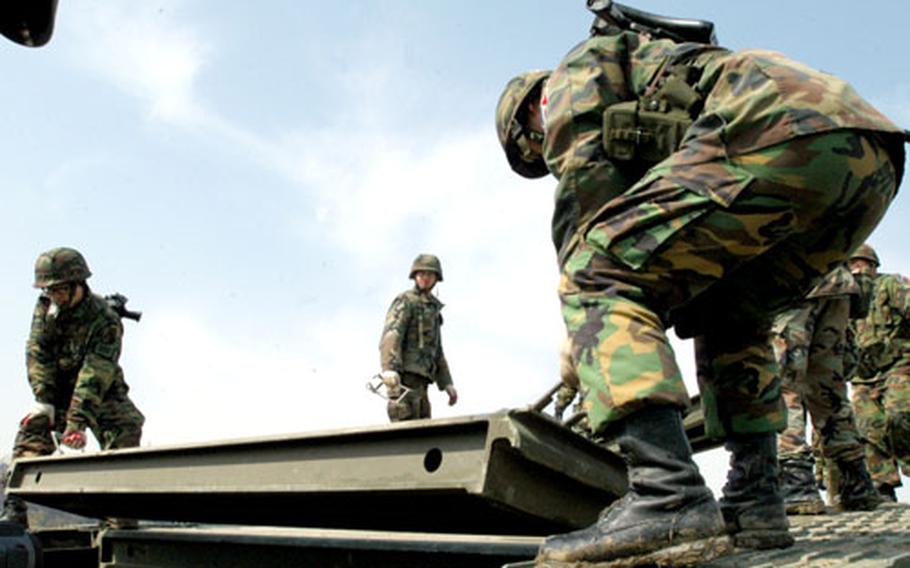 Soldiers from South Korea’s 1175th Army Bridge Company place some of the last panels on a medium girder bridge Thursday near the banks of the Han River in Seoul. (Jimmy Norris / S&S) 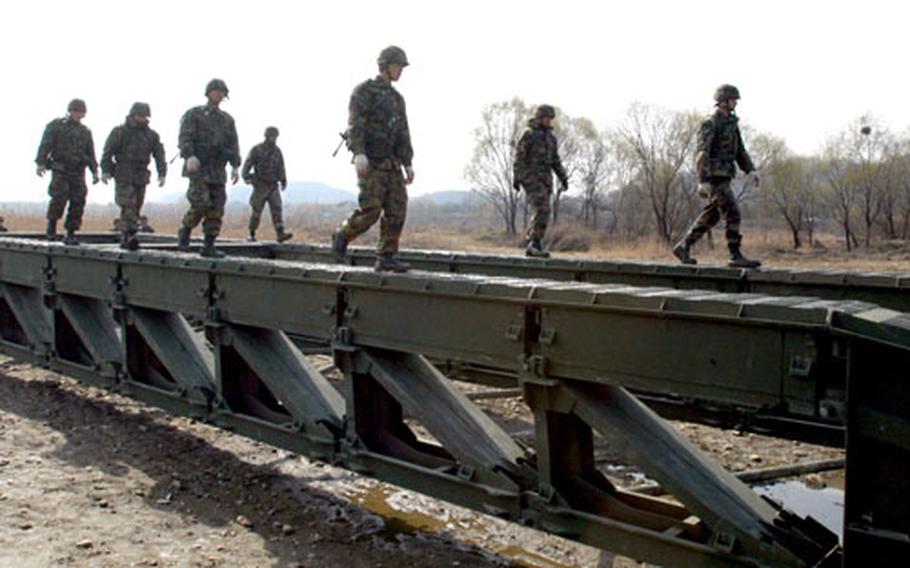 Seabees from the Naval Mobile Construction Battalion 3 and soldiers with the South Korean 1175th Bridge Company cross the framework of a medium girder bridge during an integrated bridging exercise near the banks of the Han River in Seoul on Thursday during the Foal Eagle exercise. (Jimmy Norris / S&S)

SEOUL &#8212; A two-foot-deep depression in the mud near the Han River may not seem like much of an obstacle, but it provided a great training opportunity to a group of U.S. and South Korean troops.

South Korean soldiers with the 1175th Korea Bridge Construction Company counted off in English while Seabees from Naval Mobile Construction Battalion 3 chanted South Korean safety slogans as the groups worked in unison to construct a mobile girder bridge across the 40-foot expanse.

The bridge-raising presented a rare opportunity for the sailors during the fifth day of the Foal Eagle training exercises.

The mobile bridge has a maximum span of 80 feet and can support up to 60 tons after construction is complete. The average time to complete building one is one hour and twenty minutes.