Flying medical unit is back home at Landstuhl 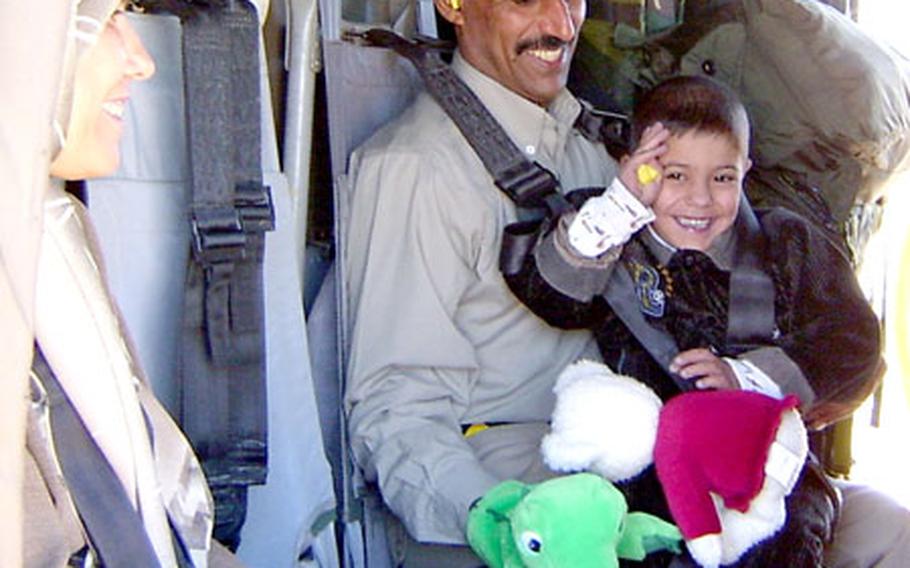 KAISERSLAUTERN, Germany &#8212; They love to do their job, but doing it means a fellow servicemember is hurt somewhere beyond the horizon.

It&#8217;s a bittersweet task for soldiers with the 236th Medical Company Air Ambulance out of Landstuhl, Germany, who returned in December from a yearlong deployment supporting operations in Iraq and Afghanistan.

From January to December, members of the &#8220;Dust off&#8221; helicopter medical evacuation unit safely transported 996 patients during more than 3,000 hours of accident-free flying in their UH-60 Black Hawk helicopters, officials said. Just as important, the company accomplished the mission without losing any of its own soldiers.

With soldiers in Kuwait, Iraq and Afghanistan, the 236th earned the distinction of being the first helicopter medical evacuation company to simultaneously support three areas of responsibility during war.

Soldiers with the company talked about their experiences during their medical reintegration at Kleber Health Clinic in Kaiserslautern.

&#8220;Anything medically related is taken care of,&#8221; said Maj. Hugh McLean, commander of the Kleber Health Clinic. &#8220;They sit down with a provider and talk about any issues that they have. Were they hurt downrange? Any behavioral health issues, which are very important.&#8221;

Capt. Jesse Delgado served as officer-in-charge of the company&#8217;s team in Afghanistan from June to September. During his time in Afghanistan, Delgado, a pilot and the company&#8217;s flight operations platoon commander, flew on missions ranging from picking up a U.S. servicemember with a ruptured appendix to having a landing zone illuminated by an infrared spotlight on an AC-130 in order to evacuate a special operations servicemember.

The life-saving flights &#8212; during which medics attend to the injured &#8212; are gratifying to Delgado, but he has a love-hate relationship with it.

The company&#8217;s battalion commander praised the soldiers for their service downrange, particularly for transporting nearly 1,000 patients.

&#8220;For many of those patients, they saved their lives outright,&#8221; said Lt. Col. Kyle D. Campbell, commander of the 421st Medical Evacuation Battalion. &#8220;Had the crew not been there, that soldier would have died &#8212; not in every case, certainly, but in many of those cases. But in every one of those cases, they reduced the suffering. If you&#8217;ve ever ridden in an ambulance or any other vehicle on a several-hour drive to health care, as opposed to a 20-minute flight, it makes a big difference.&#8221;