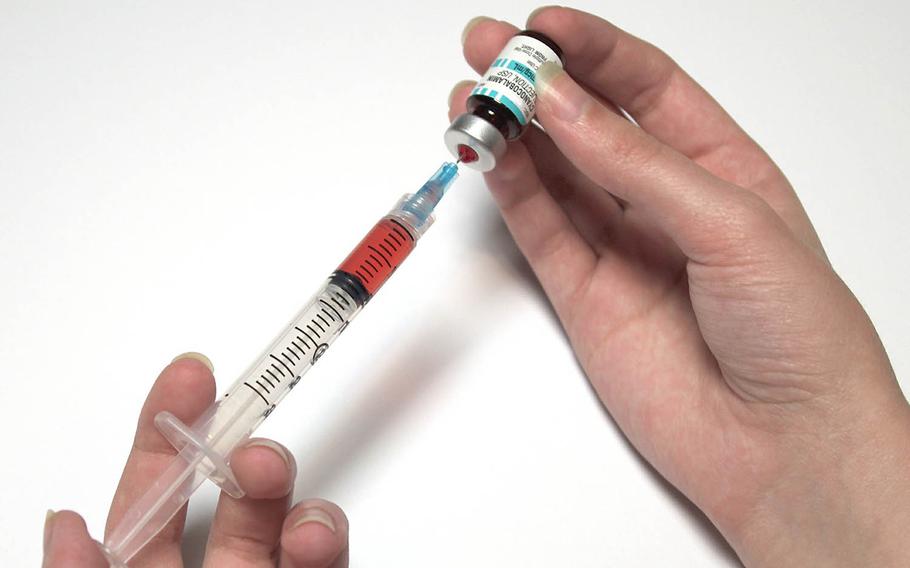 Flu vaccines for children ages 6 months to 35 months are now available at Yokota Air Base, Japan. However, the medical group there says it has not received vaccines for any other age ranges. (Pixabay)

YOKOTA AIR BASE, Japan — Flu vaccines for children ages 6 months to 35 months are now available at the home of U.S. Forces Japan in western Tokyo, according to a Facebook post Wednesday by the 374th Medical Group.

Children in this age range may be vaccinated immediately, the post said.

Yokota has not received vaccine shipments for any other age ranges, according to the medical group. It will announce when those shipments arrive and it’s ready to administer the inoculations.

For those with upcoming scheduled appointments for their infants, the flu shot will be offered at that appointment.

Service members in uniform will have priority, according to the medical group.

U.S. military installations in Japan appear to be receiving shipments of influenza vaccines at different rates, according to the medical group and the U.S. Army Medical Department Activity Japan.

At Camp Zama, headquarters for U.S. Army Japan, flu shots for service members and “emergency essential” civilians will be available 8 a.m. to 4 p.m. Tuesday through Oct. 8, according to the page.

Family members and Defense Department civilian employees will be vaccinated Oct. 17 at the Community Recreation Center and Oct. 24 at the School Age Center at Sagamihara Family Housing Area, according to the base. Times are 8 a.m. to 4 p.m. both days.