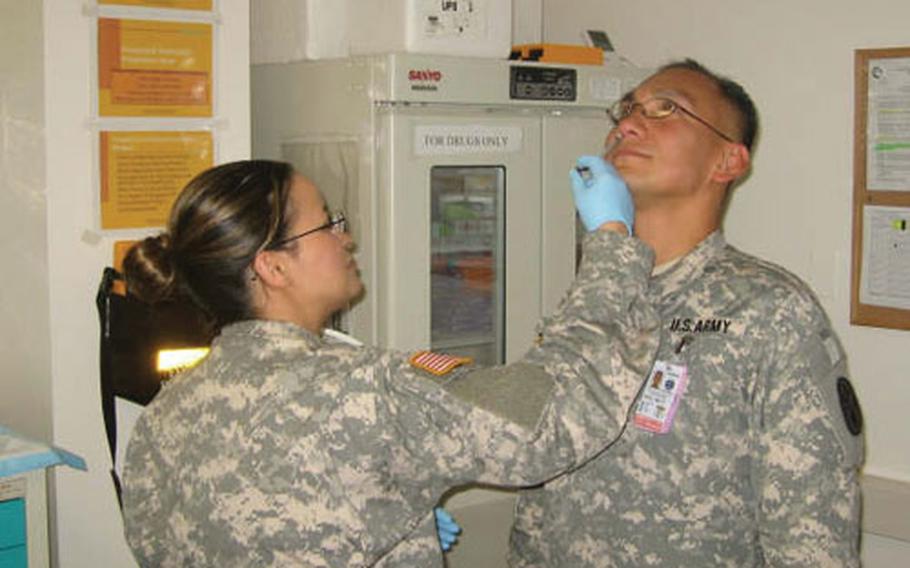 Anyone eligible to receive either the FluMist nasal vaccine or a flu shot is encouraged to do so.

FluMist began arriving at Army clinics in August, and flu shot shipments will be arriving soon, according to an ERMC news release.

"Vaccination is mandatory for all active-duty military personnel, Department of Defense civilians designated as emergency essential and Reserve personnel on active duty," the release stated. "TRICARE beneficiaries will also be offered the vaccine to protect against influenza and its severe complications."

Unlike some previous years when there were shortages, there is an ample supply of the vaccine available this season. For this year&#8217;s flu season &#8212; a typical season being from October to May &#8212; the Department of Defense has 3.5 million doses,

"The best way to protect against the flu is to get vaccinated every year and practice good hand hygiene," said Col. Theresa Moser, chief of ERMC&#8217;s Force Health Protection Office.

Whether a patient will receive the nasal vaccine or a shot will depend on age and medical history. FluMist is approved for anyone between the ages of 2 and 49. For pregnant women, those with certain allergies, or patients over the age of 49, flu shots will be given, as will pediatric shots for children 6 to 23 months old, the release said.

Anyone authorized receive a vaccination should contact their local clinic. ERMC has a goal to vaccinate 95 percent of U.S. Army Europe&#8217;s active-duty population by the end of the year, the release said.

The Army follows vaccination guidelines published by the Centers for Disease Control and Prevention. For more information, log on to www.cdc.gov/flu/.