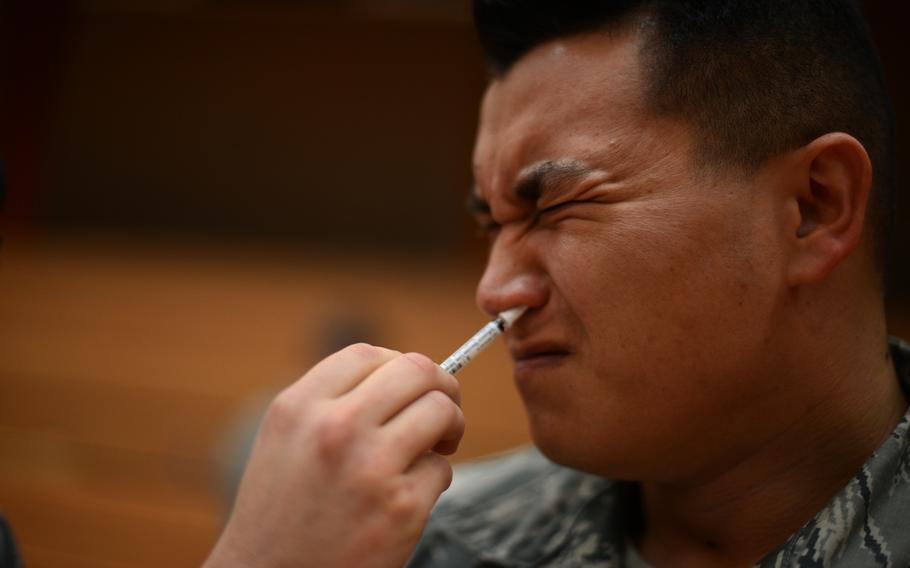 KAISERSLAUTERN, Germany — Military doctors, anticipating a possible swell in the number of seasonal flu cases in Europe, are advising troops to practice good hygiene and not rely solely on this year’s flu vaccine.

The flu outbreak gripping the U.S. is a strain not targeted by this year’s batch of vaccine, which is also being administered to American troops. Still, doctors recommend getting the vaccine because it provides protection against some flu strains.

The number of flu cases being treated by the military in Europe is rising, said Dr. (Col.) Eric Shuping, chief of primary care at Landstuhl Regional Medical Center, the U.S. military’s largest overseas hospital, but the numbers are still small compared to the outbreak in the U.S.

That’s not unusual, he said.

“Traditionally, years past, we tend to lag behind the States. The States starts getting it in December and we tend to get it in January.”

Knowing that a flu wave may be coming, “We’re planning on what we can do,” he said. “There’s other ways to prevent the flu other than just the vaccine.”

Military health professionals are promoting hand washing and sneezing into arms rather than hands, as well as staying home if you’re sick “so you don’t pass it on to other people,” Shuping said.

The vaccine administered in Europe is similar to that produced in the U.S., so troops would get little benefit from trying to get a second vaccination at a hospital or clinic off base in Europe, Shuping said.

Another option could be to obtain and administer the flu vaccine that’s being produced for the next flu season in the southern hemisphere, which is six months out of sync with the north. That vaccine, Shuping said, is tuned to the strain striking the U.S.

“There’s been some rumor of trying to procure the southern hemisphere vaccine,” he said, “but that’s kind of a DOD-level sort of decision to procure” and administer it.