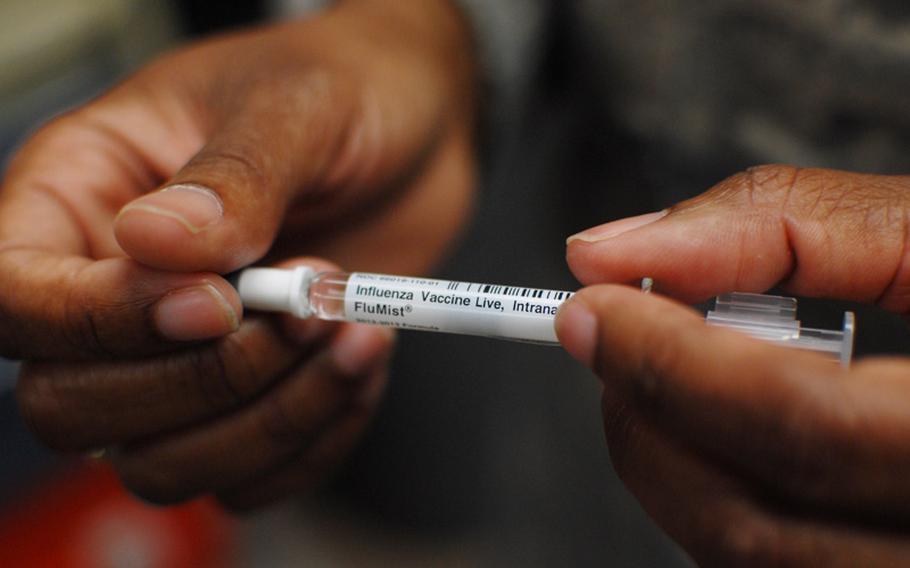 KAISERSLAUTERN, Germany — While the U.S. is in the grip of its worst flu outbreak in a decade, Europe’s flu season is progressing normally, with only Norway so far reporting higher-than-usual levels of flu activity, according to the European Center for Disease Prevention and Control in Stockholm.

In the center’s latest update, Germany, Italy and nine other European countries reported “usual” levels of flu activity — an uptick from four countries reporting the same level a week earlier, but still not severe.

“So far this year our flu activity has been relatively low to medium throughout Europe with levels increasing as expected,” Lt. Col. Kathi Hill, chief of preventive medicine at Landstuhl Regional Medical Center, said in an e-mail response to questions about the virus’ impact on the U.S. military in Europe.

Typically, February and March are peak months for the flu, she said, and the numbers the hospital is seeing now aren’t unexpected or unusual.

“Comparatively, this season is currently no different than last season,” she said.

Experts in the U.S. have said the flu is unpredictable, and it’s too early to know whether the outbreak there simply represents an earlier-than-usual peak in flu cases. The same unpredictability applies in Europe.

Hill encourages anyone who hasn’t gotten a flu shot yet to do so.

“Plenty of flu vaccine is still available at LRMC and Army clinics,” she said.

The vaccine protects against the three flu strains that account for 90 percent of all circulating viruses and is between 50 percent and 70 percent effective, she said.

According to the European center for disease prevention, this year’s vaccine is well suited to the Type B flu variants that now make up 56 percent of flu cases in Europe. Type A variants account for nearly 80 percent of the U.S. flu outbreak, according to the U.S. Centers for Disease Control and Prevention in Atlanta.

“The CDC reports that people who have been vaccinated are 62 percent less likely to become ill enough with flu symptoms to see a physician compared with those who have not been immunized,” Hill said.