Flu season expected to hit Japan, South Korea as it eases in US 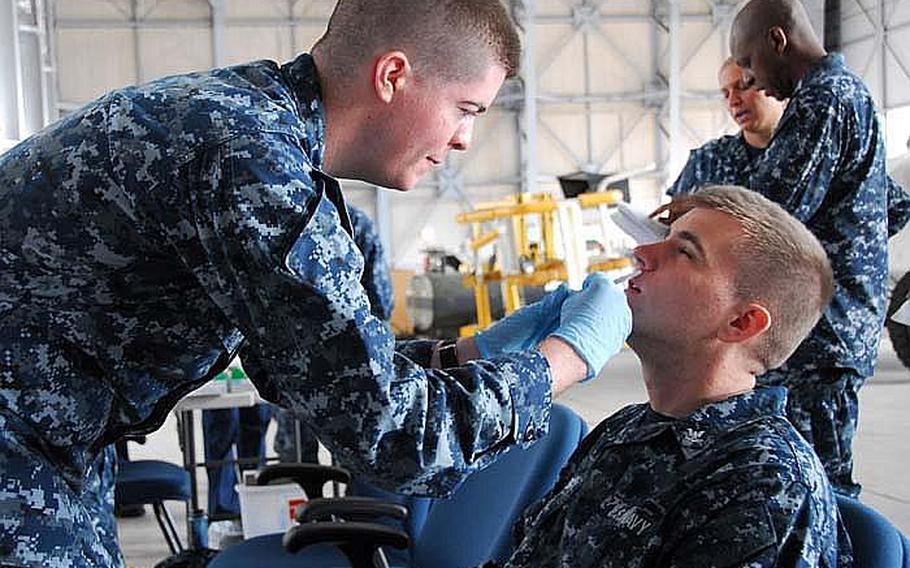 YOKOSUKA NAVAL BASE, Japan &mdash; As the United States begins to see a slowdown in its flu epidemic and a continuing high rate of whooping cough cases, medical workers in Japan and South Korea say they are gearing up for a rise in those illnesses.

Military communities have been offering free flu vaccinations for months at medical facilities in the Asia-Pacific region, where the flu season tends to begin later than in the United States.

U.S. Centers for Disease Control and Prevention officials said last week that flu cases had reached epidemic levels, with 7.3 percent of deaths attributable to either influenza or pneumonia. Whooping cough, a disease known clinically as pertussis, hit a more than 50-year high in reported cases by the end of 2012 in the United States.

Although flu rates appear to be leveling off in the United States, Japan&rsquo;s National Institute for Infectious Diseases is expected to report higher numbers in the coming weeks.

While this year&rsquo;s vaccine matches extremely well to the dominant stains of flu, even the best matches do not guarantee effectiveness, according to the CDC.

As of Jan. 11, the CDC found that the vaccine was showing a 62 percent rate of at least &ldquo;moderate effectiveness&rdquo; in fighting the dominant U.S. strains, which Japanese government health websites say are generally the same strains affecting Japan.

&ldquo;If people have gotten their vaccine, they should be &hellip; protected from the most severe aspects,&rdquo; said Capt. Starrina Gianelloni, head of pediatrics for Yokota&rsquo;s 374th Medical Group. &ldquo;They may get a mild form of illness.&rdquo;

Military officials added that simple precautions like washing hands, not putting fingers in the mouth, ears and nose, and generally avoiding sick people can go a long way in containing the spread of respiratory illness.

U.S. Naval Hospital Yokosuka had only two laboratory-confirmed cases of flu as of Jan. 14, compared with 23 for all of January last year. The hospital reported immunizing 91 percent of all active-duty base staff for this flu season, and 63 percent of its other beneficiaries.

Yokota Air Base officials said they had immunized more than 90 percent of airmen by mid-October, more than two months ahead of schedule.

Influenza and flu-like cases in South Korea are expected to begin rapidly increasing now and peak by mid-February, according to projections from the Korean Centers for Disease Control and Prevention.

Officials with the Army&rsquo;s 65th Medical Brigade in South Korea said Monday they are seeing an expected increase &mdash; but nothing out of the ordinary &mdash; in flu cases among the military community.

Military bases in the outlying parts of the Tokyo metropolitan area haven&rsquo;t seen an influx of pertussis cases. However, pertussis has reached epidemic levels in Japan in recent years as childhood vaccines have worn off and left adults vulnerable. Some medical experts theorize that a change in vaccines in the 1990s contributed to the current problem.

&ldquo;Pertussis cases are increasing among adults in developed countries, including Japan,&rdquo; according to a December report issued by Japan&rsquo;s National Institute of Infectious Diseases. &ldquo;In Japan, pertussis epidemic still persists among secondary school children, and also in communities.&rdquo;

Multiple military clinics in the Pacific say they are still offering free flu vaccinations and can administer pertussis vaccinations as needed.