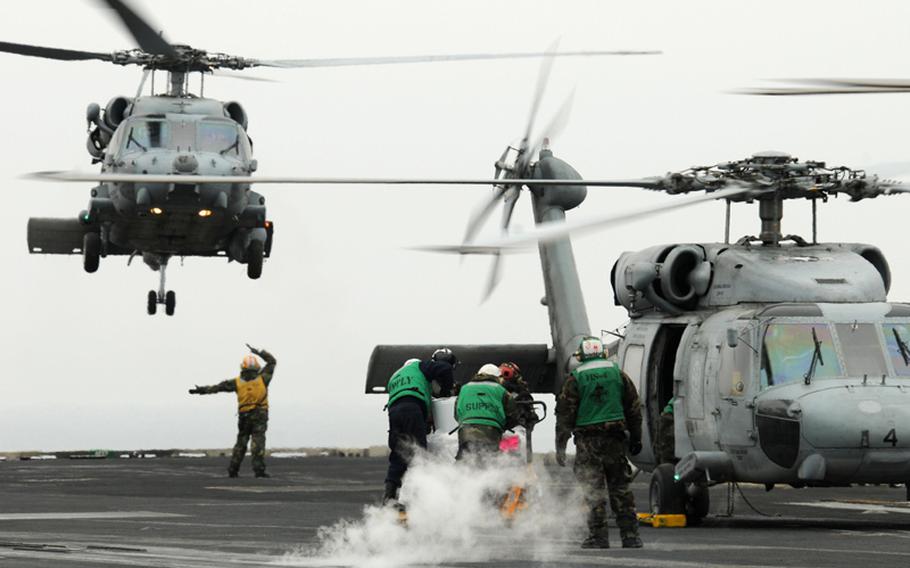 YOKOTA AIR BASE, Japan &mdash; Counterfeit electronic parts are making their way into the U.S. military&rsquo;s critical equipment because of the defense industry&rsquo;s reliance on unvetted independent distributors, according to a report released Monday by the Senate Armed Services Committee.

The counterfeit parts create &ldquo;unacceptable risks to national security and the safety of U.S. military personnel,&rdquo; the report said.

The final report uncovered 1,800 cases of suspected bogus parts involving more than a million individual parts during 2009 and 2010.

The investigation found that fake parts are widespread in the military, from the Air Force&rsquo;s biggest cargo plane, to Special Operations helicopters and a Navy surveillance plane.

More than 70 percent of the fake parts originated in China, with the United Kingdom and Canada the next largest sources. Counterfeit parts are made and sold openly in China, and the government there has taken no steps to curtail the trade, the report said.

Counterfeits made their way into U.S. military equipment for a variety of reasons. In the 1,800 cases investigated, parts were supplied by more than 650 companies, which in turn had their own network of suppliers, the report found. After parts passed through so many hands, end users were unaware of their origin.

In addition, many contractors failed to rigorously test parts for quality and durability.